Is the Forest Rights Act working?

Environmentalist Ashish Kothari discusses the politics behind the approval of the POSCO project, and how the FRA is faring in Odisha, in conversation with Pradeep Baisakh.
17 May 2011 -

Environmentalist Ashish Kothari was a member of the Inter-Ministerial Committee (constituted by Ministry of Environment and Forest (MoEF) and Ministry of Tribal Affairs) to review the implementation of the Forest Rights Act (FRA). The committee, headed by Dr N C Saxena submitted its report recently to the Central government. During the course of its work the committee visited Odisha to assess the performance of the FRA there, particularly in the area proposed for the new POSCO plant.

Kothari, in candid conversation with Pradeep Baisakh, reveals the politics behind the approval of the POSCO project by MoEF, and discusses how the FRA is faring in the state.

What is your observation on the status of implementation of FRA in Odisha?

Overall, the implementation of FRA is bad throughout the country. In Odisha, there are some things which are quite progressive - a number of clarificatory orders have been issued by the state government (to explain how the Act should be implemented), and the state-level monitoring process has been better than in other states. But on the other hand there are also very serious systemic problems in protecting individual rights as well as community rights.

On the community rights front, the state has hardly progressed. It has given only 500-700 titles under community claims whereas the number of claims filed by applicants is four to five times as many. There is either reluctance on part of the state government, particularly the Forest Department (FD) to give forest rights to communities, or they are mostly focusing on individual rights for their own political reasons.

One reason why the government is not promoting community rights is because they want to open large tracts of forest land to mining and other so-called developed projects. If communities get rights over forest land, to that extent it will be more difficult for the government to push this agenda.

By distributing individual titles, the state government is hoping that the FRA can be used to tackle Maoism in tribal areas. How do you see this strategy working?

Lack of tenurial security and lack of appropriate development inputs are among the reasons why Naxalism has spread so much in the country. Laws like FRA, the National Rural Employment Guarantee Act, the Right to Information Act do help in addressing these deficits that feed the growth of Naxalism. But if you think of FRA in that kind of an instrumental way of dealing with Naxalism, it's a wrong approach. The Act is about recognition of the fundamental right that the community already has. It's not something the state is giving to people out of charity.

Moreover, Naxalism as an issue has to be tackled at a much more fundamental level. And that will not happen if the government enacts one law here and another scheme there, and claims it is doing enough to deal with Naxalism.

You have visited the proposed site of the POSCO project as part of the FRA review committee. What's your observation there?

Our role was primarily to find out if the FRA is being implemented there, and to see if there are eligible claimants (for protection) under the Act. The state government is claiming that there are no eligible scheduled tribes in the area, so the FRA does not apply. We went there for investigation, and verified the present and old records, and decided that the state government is lying. There are a few scheduled tribes, and many more people classified as Other Traditional Forest Dwellers (OTFDs), who've lived there for more than 75 years and are dependent on the forest - for betel leaves and other minor forest produce.

Our main conclusion was that there are legitimate claimants and they have tried to file claims which the government has ignored, therefore the project is in violation of the FRA. There has also been violation of MoEF's own circular which says no forest land can be diverted until the FRA process is complete and unless the consent of the gram sabha is taken for such diversion. I know at least three gram sabhas have passed resolutions opposing diversion of forest land.

The Environment Minister Jairam Ramesh cited several provisions of FRA to say 'no' to mining in Niyamgiri hills by Vedanta, but gave conditional approval to POSCO's project (now final approval has been given). Are the tribal and forest issues more pressing in Niyamgiri than here? 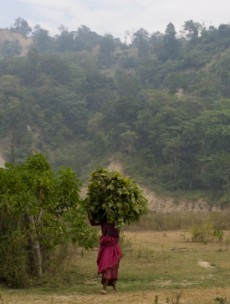 There are a few scheduled tribes in the POSCO project area, and many more people classified as Other Traditional Forest Dwellers, who've lived there for more than 75 years and are dependent on the forest - for betel leaves and other minor forest produce.

•  Consent under duress
•  Interdependence and integration

The number of tribals living in Niyamgiri hills, where the Vedanta project was proposed, is certainly more than in the POSCO area. But from the environmental perspective and from the point of view of rights of people, both POSCO are Vedanta involve serious and similar issues. And of course from the point of view of violation of laws like FRA, CRZ, and wildlife protection laws, they are on equal footing. In fact Jairam's decision on POSCO is completely inconsistent with his decision on Vedanta. If he had applied the same yardstick used to deny mining and expansion of refinery to Vedanta, the POSCO project would never have got the clearance.

Moreover, it was easier for the government to say 'no' to mining in Niyamgiri as Vedanta already has a refinery in operation in the area. Now it could get mineral from elsewhere, as it is now trying to get from Gandhmardan and other places. But in case of POSCO, if it had withdrawn forest and environment clearance, the project would not come into being at all. Moreover POSCO is a much bigger investment and the biggest FDI in the country. The PMO is directly interested in this project. There is an inside kind of news that India is probably interested in entering into a nuclear deal with South Korea. Taking advantage of this, the South Korea government is backing its own corporate.

Has the FRA become a stumbling block for upcoming development projects?

Yes, but in a good way. Because what the FRA says is that the development projects have to be appropriate; they have to be ecologically right, culturally sensitive and they should benefit people. The kind of projects which are coming up are mindlessly extracting water and forest resources on which people depend; these are not really 'development' projects. And if the FRA is coming in the way of such projects then it's a good stumbling block to have.

There are other projects - like those taken up with support from Japan Bank for International Cooperation (JBIC), and others taken up under the Joint Forest Management (JFM) - that existed before the FRA was enacted. Are they legal in the current FRA regime, particularly in the manner the Forest Department (FD) is pushing them through in many states?

No, not at all. Any previous project or schemes, in which the Forest Department (FD) or any government agency is taking any decision evading the gram sabha would be completely inconsistent with and violative of FRA. So the projects you're asking about, whether under JBIC or CAMPA (a Compensatory Aforestation Programme) or JFM, unless they confirm to FRA, those are illegal.

On one hand, both the central and state (Odisha) governments are visibly pro-corporate. On the other, here is an act in form of FRA that gives power to people to block destructive development projects. Does it create a situation of confrontation between the people and the state - more so when it's not uncommon for the governments to declare a particular area as Maoist-affected, or to brand a particular group of people fighting for their legitimate rights (Like in Narayanpatna in Koraput district) as Maoists?

If the governments continue to impose an inappropriate form of development on people and take away their land and natural resources for doling out to a corporate, then confrontation will take place. FRA or no FRA, people now are asserting that they should have a voice in the development of their area and their own human development. Laws like FRA and RTI help people to raise their voices. Democratic aspirations are rising everywhere. If the government continues not to listen to people then there will be confrontation.

And yes, the state will use repressive laws like the Chhatisgarh government is doing. Even ordinary NGOs like ours (Kothari heads the NGO, Kalpavriksh) would be branded as anti-development, anti-national, Maoists and so forth. Even in places like Gujarat, where there is no presence of Maoists, the state has branded people as Maoists and repressed them.