A New York judge rules that trying to patent genetic information cannot be permitted - the first serious setback to the genetic technology industry, which will have implications worldwide, writes Sujatha Byravan.
18 April 2010 -

The District Court for the Southern District of New York appears to have thrilled patients, civil society groups and others by delivering an astonishing ruling on 29 March. The court found the claims of seven patents on the BRCA1 and BRCA2 genes invalid. While the decision applies only to New York State, it undermines the very idea that a DNA sequence can be owned. If the decision is upheld, it will have far-reaching and possibly worldwide implications for patents in biotechnology and medicine.

The lawsuit was originally filed in May 2009 against the United States Patent and Trademark Office (PTO) as well as Myriad Genetics and the University of Utah Research Foundation on behalf of breast cancer and women's health groups, and scientific associations representing scientists, researchers and patients. The question raised was, "are isolated human genes and the comparison of their sequences patentable"? The plaintiffs were represented by the American Civil Liberties Union (ACLU) and the Public Patent Foundation, a non-profit group based in New York. The lawsuit charged that patents on human genes violate the US Constitution and patent law because genes are "products of nature" and therefore cannot be patented.

This is the first time that any court has ruled that human genes cannot be patented. Patents are generally granted for new and useful inventions or improvements based on specific characteristics of novelty, utility and non-obviousness. Judge Robert Sweet ruled that Myriad's claims regarding protection of its patents on BRCA genes based on both composition and method are invalid. He stated in his ruling that DNA sequences in our bodies are not distinct from those isolated from our cells and that many people considered the patenting of naturally occurring sequences a "lawyers trick".

Scientists typically chase after genes linked to diseases, and then identify and sequence them, often using government funds for their research. Companies subsequently buy exclusive licenses from the university in which the researcher is based and create diagnostic kits for the public who have to pay to get tested for the gene. This exclusivity leads to diagnostic monopolies provided by the patent and rakes in money for the firm. In the case of Myriad Genetics, it is estimated that last year alone the company's revenues from molecular diagnostics grew by a little less than fifty per cent to U.S. $326.5 million and breast cancer gene tests accounted for the largest portion of the profits. (Myriad and the University of Utah jointly own the patents for the BRCA1 and BRCA2 genes although it should be clear that by some estimates up to a third of the research on BRCA1 was funded from federal research grants.)

There is a larger context within which these developments have been taking place. The sequencing of the human genome confirmed that the gene-disease connection is complex and that scientists would have to revise their simplistic model linking specific genes with proteins and thereby with traits or diseases. Nevertheless, within the prevailing genetic deterministic paradigm, the proliferation of research on identifying genes linked to specific conditions has led to an eagerness to learn what "disease genes" one has - even if the link to a disease may be tenuous or absent. It is in such a climate that tests with little value, many which have not been validated by the U.S. Food and Drug Administration, have multiplied. 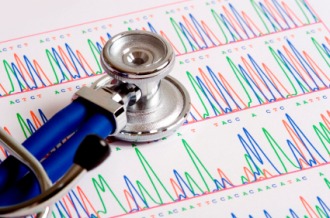 Judge Sweet stated in his ruling that DNA sequences in our bodies are not distinct from those isolated from our cells and that many people considered the patenting of naturally occurring sequences a "lawyers trick".

The corporatisation of university research was accelerated by the U.S. Bayh-Dole Act of 1980. Among other things, this law allowed institutions to transfer rights from publically funded research to inventors and commercial partners. India is under internal and external pressure to pass legislation similar to the Bayh-Dole Act and needs to heed these impacts along with other problems before making any changes to existing law.

A gene itself contributes to a disease only to a certain extent. There may be other genes, proteins, cellular conditions, environmental factors, immune states, etc., that determine the actual expression of a disease. In the case of breast cancer, for instance, about 85 to 90 percent of breast cancer is a result of non-hereditary causes. The remaining 10 to 15 percent, however, appear to run in families as in the case of Ashkenazi Jews, where mutations in the BRCA1 and BRCA2 genes increase the risk of breast and ovarian cancers significantly. Persons in such families get tissue samples tested by Myriad Genetics for mutations in these two genes, paying over U.S. $3000 per test.

When the disease runs in families, people make decisions on prophylactic options such as whether to undergo mastectomy, take hormone therapy or other kinds of treatment to reduce their odds of getting these cancers. Further, some treatment options for patients with the disease may also rely on the test results.

For over twenty years, the PTO has been issuing patents on human genes, resulting in thousands having been patented, thereby giving the holder exclusive rights to these genes. Patents are generally held for twenty years and for those at issue in this particular case, Myriad's will expire in June 2015. Nevertheless, many experts believe that exclusive licenses are not needed to develop diagnostics. According to a recent article in Nature, Robert Cook-Deegan of the Institute for Genome Sciences and Policy at Duke University points out based on a review that "the exclusive rights holder was the last one on the market and used its position to shut down small labs that had developed their own tests without any expectation of exclusivity".

To date, it is estimated that about twenty percent of our genes have been patented. Thus anyone interested in studying these genes, developing other tests, or getting themselves tested would need to pay the patent holder a fee. Many scientists and other organisations have claimed that such patents on naturally occurring DNA sequences are not valid as they are not novel. Besides, they delay, hamper and sometimes shut down scientific research, which is contrary to the original intent of patents in general - to protect intellectual property and foster innovation.

The ACLU stated in its press release that "[t]he precedent-setting ruling marks the first time a court has found patents on genes unlawful and calls into question the validity of patents now held on approximately 2000 human genes." The decision, it said, was "a victory for the free flow of ideas in scientific research," adding that "[t]he human genome, like the structure of blood, air or water, was discovered, not created. There is an endless amount of information on genes that begs for further discovery, and gene patents put up unacceptable barriers to the free exchange of ideas."

The rules and regulations governing patents are country-specific and the rights a patent provides are valid only in the national legal jurisdiction where it is granted. But countries tend to influence each other in their legal expression and laws are also modified as a result, among others, of pressure from similar groups (multinationals, patients etc.). Broadly, the rules for what is patentable in biotechnology are liberal in Australia and the US. Europe has been more cautious and India has been very aware of its rich biodiversity and the need to protect it.

The Controller General of Patents Designs and Trademarks in India is the authority that grants patents. The country has a Patents Act (1970) and Patents Rules (2003) and their amendments also apply to patents. As per the Patent Act, microbiological processes and non-living products from them can be patented. DNA, RNA, amino acid sequences, cell lines, all if artificially produced, can be patented too. Key recent controversies in developing countries have centred around Trade Related Aspects of Intellectual Property Rights (TRIPS), which has caused some level of convergence in patent law, removing the main exceptions to patentable subject matter. It has mandated patents on pharmaceutical products, and precluded discrimination between different sorts of technologies in patent law.

What are the implications?

The ruling challenged the constitutionality of patenting all genetic sequences, and therefore could have broad implications for the future of biotechnology and health research. Since the lawsuit challenges the very concept of gene patenting, it is unclear what impact this ruling will have on the remainder of Myriad's patent portfolio. Myriad has stated that it will appeal this decision to a higher court, and "will continue to vigorously defend this litigation".

But this ruling has turned around, at least for now, everything that was taken for granted regarding the patenting of DNA sequences and it will have implications worldwide. The appeal process will take time and Myriad's patents may be stayed or suspended. The ruling is non-binding on other federal courts and many other kinds of gene patents that are still held. The higher court may decide to agree with Judge Sweet, but even then it may be further appealed to the US Supreme Court. Although Round One has gone to the ACLU, and Big Biotech is momentarily shaken, the odds are still in favour of the existing patent regime. Let us wait and watch.