In many part of rural India, women spend most of their time walking long distances to collect water for their household's needs. Nitin Jugran Bahuguna visits the Himalayan state of Uttarakhand where the women no longer have to worry about fetching water from long distances thanks to an intervention that has brought potable water right to their doorstep.
25 March 2016 -

Basu Devi, 50, a resident of Chureddhar village in Tehri district, pats the water tank outside her house affectionately. “This tank to me is what a bank is for most people. I draw out water from it judiciously and only when absolutely required,” she says.

This hardy hill woman from a remote mountain village in the northern Indian state of Uttarakhand vividly remembers the time when she spent most of her waking hours trudging long distances, not once but several times in a single day, to collect water for the household’s needs. “Those days, we had no clue of issues like sanitation or hygiene and open defecation was a common practice,” she recalls.

But the installation of the tank and a sanitation unit at home has finally enabled Basu Devi to do something that she never thought she would – spend time with her children and grandchildren and also ensure that they understand the importance of living in clean, hygienic environs. 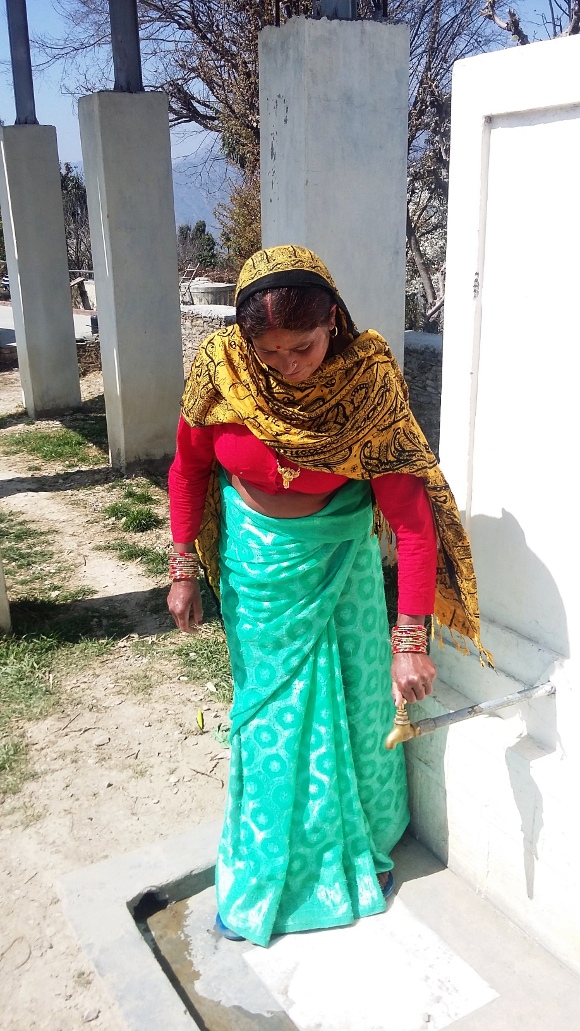 Similarly, for Jagdamba, 57, of the nearby Silogi village, piped water at her doorstep has miraculously transformed her life. “I now know what it means to relax and have some time to myself. Earlier, my days consisted primarily of lugging heavy vessels of water from a natural spring that was situated over two kilometres away from my house. These days, I have more time to take care of myself and my family,” she informs with a bright smile.

The two women are among nearly 50,000 people of some 7,000-odd households, who have benefited from the Water Supply and Sanitation (WATSAN) projects that the Tata Trusts has undertaken in 133 villages in the state. Creating equitable access to potable water has been the central objective of the approximately 200 schemes that were initiated in the region with the support of the Trusts.

Under the schemes, implemented in three phases – between 2002 and 2014 – each dwelling in a project village has been provided with a piped water connection close to its doorstep and a sanitation unit. The water is sourced from natural springs and tapped through gravity-flow systems. In other words, the water flows from the springs in the upper reaches to the villages below.

According to Vinod Kothari, Deputy Development Manager with the Trusts, this system of sourcing water from natural springs is feasible where natural water resources are absent. To strengthen the programme, a rainwater harvesting component was also introduced in 2003 through which tanks built near individual houses were filled. Under the project, some 700 such structures have been constructed so far.

Integrated into the project are a host of other social development initiatives such as gender empowerment, the promotion of livelihoods and microfinance. For instance, every adopted village has a water management committee (WMC) of which at least 50 per cent members comprise women. In fact, the programme is largely executed through these WMCs.

Dayali Devi, 63, a founder member of Chureddhar village’s WMC, has seen it all – the days when sourcing water was all the women could think about day and night to becoming self sufficient. “Water scarcity was a critical issue in our village even before I settled here after my marriage over four decades ago. This project has not only significantly improved our lives, but it has given women a platform to speak out openly about their problems, which is a first for us.” 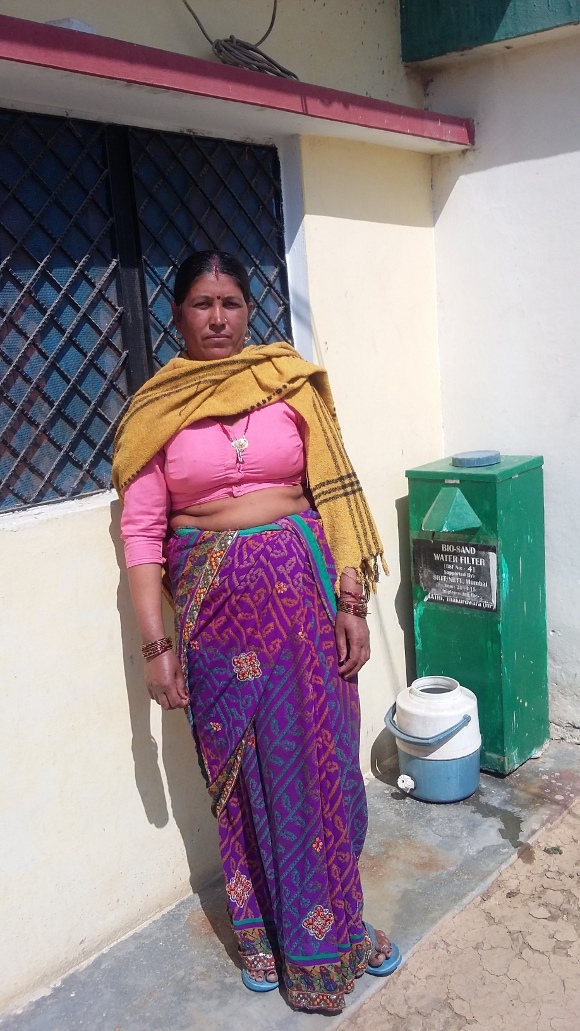 As a matter of routine practice the WMC meets on the tenth of every month to discuss different issues that concern the community, shares Dayali Devi, who is a part of the current committee as well. “And because nowadays the local women are able to spare some time for activities other than their household chores we have been able to form two Self Help Groups (SHGs) that have built up a corpus fund to which the members make a monthly contribution of Rs 100 each. Then, as and when the need arises, we can take a loan,” she elaborates.

Additionally, under the project, a block-level Federation, called the Himvikas Self Reliance Cooperative, consisting of 600 women members from 11 villages has been set up. The idea behind this was to enable the women to negotiate better prices in the market for their produce like vegetables and milk. “Earlier, I used to get just Rs 15-16 for one litre of milk from the local shops, but through the Federation I earn Rs 30 for the same quantity!” states Basu Devi.

Savitri Devi, 45, who hails from Basu Devi’s village and is a board member of the Federation, shares that every member has a stake in it, having contributed a share of Rs 100 when the Federation was launched in 2012. “By rotation, the women work at the Federation office for a day from 10 am to 4 pm, earning a daily wage of Rs 150,” she adds.

The WATSAN programme is the stand-out component of a comprehensive Tata Trusts’ initiative called Himmotthan Pariyojana or HMP (Himmotthan means uplift of the Himalayas and Pariyojana stands for development). Of course, whereas getting water has been akin to the Holy Grail for villagers, from the Trusts’ perspective, it is sanitation that is more important.

“Sanitation is an integral part of our programme. Water supply is the incentive that comes at a later stage,” maintains Kothari, adding, “Our goal is to make the villages free from open defecation. Even a single person defecating in the open can pollute the water source, so we include everybody – schools, colleges and child shelters.”

The Tata Trusts is currently entering the fourth phase of this initiative. The scale will be bigger and more ambitious this time around with nearly 350 villages expected to be covered by 2019. “We always aim to make the scale large,” says Dr Malavika Chauhan, Development Manager at the Trusts and Executive Director of the Himmotthan Society. “We work actively to bring in the government and other foundations to our schemes to plug in with support. Also, we work with 25 NGO partners and they are the best in the region.”

Given the tough topography of Uttarakhand, with households in any given village spreading as far apart as two to eight kilometres from each other, the cost of a single WATSAN project in a hamlet of 50 households works out to approximately Rs 200,000, shares Kothari.

A new thrust of the programme is to enhance its technical capabilities and innovation quotient. “There wasn’t much innovation in our old models, probably because we did not have the leeway. But we have matured, we have more technical people, we have more funds,” says Dr Chauhan, “We have opened up to doing things differently, to letting people come up with new ideas.”

For women like Jagdamba, the piped water connection and toilet constructed outside her home have been a real life changer. “Women have been the biggest beneficiaries of this project,” she asserts, adding, “I am no longer scared that I will have to step out late at night to relieve myself. Moreover, proper sanitation facilities and potable water have drastically brought down water-borne diseases in the village, especially among children.”

PARTICIPATORY PLANNING : The people and their plans
MORE ARTICLES
on similar topics ...
WATER