For over two months, young Manipuris have boycotted schools and colleges in the state. Two killings in broad daylight in Imphal, including one allegedly custodial, have resulted in the deadlock. Thingnam Anjulika Samom has more.
25 November 2009 -

Imphal - The question, which is more important Right to Education or Right to Life might sound like seeking an answer to which comes first, the egg or the chicken. Yet, for the past two months the people of Manipur in the northeastern periphery of the world's largest democracy have been entangled without a hope in the clutches of this riddle.

More than 3.59 lakh students from primary to higher secondary levels in 4136 schools in the valley districts of the state have stopped attendance in a mass confrontation with the state government. The non-attendance is a consequence of the conflict situation and counter-insurgency measures such as the impunity granted to security forces under the AFSPA, 1958. 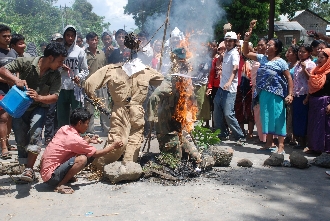 While the academic calendar each year is also often thrown asunder in the state by frequent public agitations against human rights violations and state's imposition of curfew in response, it was the fake encounter killing of a former insurgent and a pregnant housewife in broad daylight in the middle of busiest marketplace in Imphal on July 23 this year that has resulted in the current education deadlock in the state.

While announcing the boycott, the All Manipur Students Union (AMSU) emphasised the necessity of joining the agitation in view of the insecurity of life in the state.

What made the event different from the 'normalcy' defined by the routine of daily killings both by state and non-state forces, was that the killing of former insurgent Chungkham Sanjit was captured on the lens of a photographer who still remains anonymous for obvious reasons of safety. Manipuris claim after seeing the photographs that it was a case of custodial killing. Seven months-pregnant Thokchom Rabina, also killed in the same incident, was shopping for bananas in the crowded market with her two-and-half year old son. Five other civilians were injured in the incident.

The event might have met the same fate and ended after a round of fruitless dharnas and demands as is the case of most conflict related deaths in Manipur, but for the publication of the series of pictures by New Delhi-based magazine Tehelka showing that Sanjit was in police custody when he was killed.

The pictures reproduced in the local papers became new evidence and catalysed the Manipuri fire, made long dormant by continuous killings, denial of justice and systems of reparation. The result was a public movement demanding resignation of Chief Minister Okram Ibobi on moral grounds, punishment to the involved policemen and repeal of the Armed Forces Special Powers Act, 1958.

For it's part, the government has not adopted measures of dialogues and negotiations. It responded with curfew and by detaining as many as eight public leaders including three women under National Security Act (NSA) which allows for preventive detention without trial for six months but extendable for up to one year. Bandhs, sit-in-protests and torch rallies were met by stern police action in the form of rubber bullets and tear gas shells.

When all efforts were thus brutally subdued, three major student bodies in the state  All Manipur Students Union (AMSU), Manipuri Students Federation (MSF) and Kangleipak Students Association (KSA) joined the public outcry and called an indefinite class boycott in the state starting from September 9 last in an attempt to pressurise the state government.

While announcing the boycott, the All Manipur Students Union (AMSU) emphasised the necessity of joining the agitation in view of the insecurity of life in the state. Adding that many innocent persons including students have fallen victim to frequent cases of fake encounters, it stated, When death is hanging over the head of all the people including students, it has become a big question whether the student community should continue with their studies or join the people's movement. Rather than waiting to be killed in fake encounters, the student community too will join the mass movement for a secure future.

The present boycott has mostly affected the schools and colleges in three valley districts of the state  Imphal East, Imphal West, and Bishnupur. Of the 785 schools recognised by the Board of Secondary Education, Manipur, as on February 2, 2009, Imphal West and Imphal East districts have the highest concentration of 183 and 142 schools respectively. Bishnupur has 71 recognised schools.

The fourth valley district of Thoubal which has 123 recognised schools remains mostly unaffected perhaps because it is the home district of not only chief Minister Okram Ibobi, but also that of PWD minister K Ranjit who is one of the most influential persons in the state cabinet.

Classes in the five hill districts  which have altogether 266 schools recognised by the BSEM -- are continuing as usual. But there is the fear that if the boycott continues and the state board exams are affected (rescheduled), the hill districts' efforts in keeping schools running might come to nought. This apprehension is fuelled also by the fact that most of the educational institutes in the state are concentrated in the valley districts.

Signs of tiring out, as attempt to end impasse fails

But even while students in Manipur spent the last two months catching up with their games, TV and friends when they should have been preparing for or even giving their final examinations, the government has sat adamantly in a silent vigil waiting for the protestors to tire out.

Indeed, tired out by the impasse, various guardians organisations, and private school bodies as another students group Democratic Students Alliance of Manipur (DESAM) started appealing for resumption of classes. What ensued was a debate which became increasingly acidic with each press release and public meeting. The AMSU, MSF and KSA in their defense questioned which one is more important  Right to Life or Right to Education. They asked whether there would be a guarantee for their lives if the class boycott was suspended. 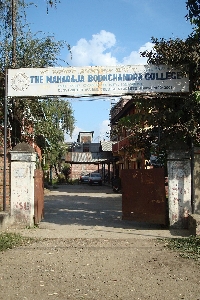 Taking advantage of the developing fracas, on November 7, the Secular Progressive Front (SPF) government led by chief minister Ibobi called for resumption of classes from November 9 onwards with policemen guarding the schools. But as the matter was still unresolved, the boycott continued, and attendance in both government and private schools was minimal. At the time of writing, the boycott stands and schools are still closed.

The Apunba Lup, a conglomerate body of numerous organisations, as well as the three agitating students bodies rejected the call for resumption of classes. The body said that main agenda of the SPF government seems to not only confuse the people by pretending to welcome negotiated settlement of the issues at hand but also reflects lack of seriousness and commitment to find solutions.

The governments decision to prise open educational institutions deploying security personnel was against the spirit of efforts to sort out differences through negotiations, opined the Working Committee of the Apunba Lup, through the local press. This was a clear demonstration that the government would use all its resources to dilute the three months-old movement, said the committee. The All Manipur Recognised Private Schools' Welfare Association (AMRPSWA) has also decried the government's attempt to open educational institutions rather than sorting out and ending the impasse through mutual consultation and amicable settlement.

Both the governments failure to resolve the issue as well as the continued boycott have irked a sizeable section of the population. Mother of two school-going students, S Tombi Devi of Singjamei in Imphal West district says about the impasse, "When it is hard to cope up when my children does not attend school for even a single day, how will they (parents) ever be able to manage with this boycott for over two months now? We are paying extra for private tuitions now, and above that spending so much time overseeing their studies and their time at home that we can't go about our normal societal and daily duties.

Dr K Nabachandra, principal of privately-owned Herbert School in Imphal West District states, "We feel that the government has failed to take the initiative they ought to have taken to resolve the current impasse. In all seriousness and sincerity required in dealing with the present imbroglio, they should first create an amicable atmosphere for talks. Only then will this situation be normalised. 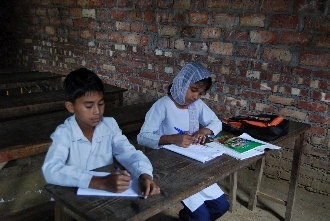 We are pained by this hardened stand of the government. On the other hand, we don't want the students alone to suffer on a public issue. When all other sections of the society, be it businesspersons, office employees or industrialists are going on with their normal routine, why should only the students who are young, innocent and too immature to understand the pros and cons of the public issue, be penalised," he said, reiterating his appeal for a dialogue between the two parties to speed up resumption of normal classes.

AMRPSWA further appealed to both the government and the agitators to make concerted effort for resolving the crisis within November 19 so as to enable resumption of normal academic activities. The government has ignored this deadline too, and the agitating parties are continuing their protests. One can only wait and see whether both sides will work in sincerity to settle the matter, but it goes without doubt that a stitch in time probably would have saved nine.

If the government had acted firmly and judiciously two months ago by booking those involved in the July 23 case -- one of the most atrocious cases of custodial killing -- perhaps things would not have come to this pass. Young Manipuris are now forced to choose between the Right to Life and Right to Education -- a choice which probably no one, especially one living in a democratic state like India, should be forced to make.