Much has been written on the inhuman atrocities inflicted on women during the 2013 riots in Muzaffarnagar and the deplorable conditions in the relief camps. Saumya Uma draws attention beyond these to how the violence has robbed women of their basic rights and voices in myriad ways.
28 February 2014 -

Nothing captures the devastating conditions in the Muzaffarnagar camps: not the video clips on television, the graphic images in newspapers or the incisive reports by civil society organisations. The reality is far worse – deeply disturbing and nightmarish.

Women, men, adolescents and children spend their days living under a plastic sheet for a roof, braving the cold, rain, chilling winds and fog. A thin mat spread on uneven and muddy ground serves as the floor in the cramped tents. What has made these conditions even more difficult is the callous attitude of the government. Even months after the targeted violence against the Muslim community in the district during August-September 2013 the distress, despair and disillusionment of the victim-survivors is clearly evident.

The lighting in the camps is extremely poor, and there is no security to speak of. Government supply of relief and food materials has been stopped although most of the inhabitants are still without a source of income. It is immensely difficult to access potable water and sanitation facilities are non-existent. Women are forced to use the adjacent fields to relieve themselves, leaving them vulnerable not just to snakes and reptiles, but human predators.

Some have attempted to build makeshift bathrooms, ringed by pieces of cloth that provide hardly any privacy or protection. Except in the Loi camp, the government has provided no health facilities. The education of children in the camps has also been badly disrupted. Although some civil society groups have made efforts to run classes for them, they require special motivation to continue studying in the wake of the nightmarish events they have witnessed.

One important aspect largely overlooked has been the mental health of the victim-survivors. There is a palpable sense of fear and uncertainty. . When we brought this to the notice of Ravindra Godbole – Chief Development Officer of Muzaffarnagar district – he said trauma counselling warranted specialized skills and would be “looked into”.

While some men have found daily wage work, the majority are unemployed and reluctant to leave their families in their present vulnerable situation and go in search of work. Despite the dismal conditions in these camps, the victim-survivors are emphatic about not wanting to return to their villages for fear of physical attack. The government has done little to build their confidence and peace-building measures are non-existent.

As in other instances of communal violence, including the anti-Sikh pogrom of 1984, the Gujarat carnage of 2002 and the Kandhamal violence of 2007-2008, the bodies of women and girl had been targeted. Some women are actively seeking justice, despite the pressures on them to remain silent – both from the perpetrators and family members driven by notions of family and community honour.

Reports such as ‘Evil Stalks the Land’, brought out by ANHAD, and ‘A Human Tragedy Unfolds, As The State Watches’, a citizens’ report, refer to testimonies of survivors of gang rape and sexual assault in Muzaffarnagar. In a writ petition filed in the Supreme Court in January 2014, seven victim-survivors of gang rape expressed their loss of confidence in the Uttar Pradesh government, and have sought the establishment of an independent investigating team to ensure arrest, investigation and the prosecution of the accused persons.

The two riot-ravaged districts of Muzaffarnagar and Shamli in western UP fall in a region where khap panchayats had already been wreaking havoc on women’s lives. In this deeply patriarchal social milieu, the recent communal violence has only helped to turn the clock back on their empowerment and free movement.

The women we spoke to revealed that while earlier they had enjoyed some mobility and could work in the sugarcane fields, they were now restricted to tents measuring six feet-by-six feet taking care of children, the sick and the elderly behind the ‘purdah’. Their traditional roles as wives, mothers and care-givers have only been reinforced and community leaders now feel justified in restricting women’s access to education and livelihood, given the nature of the violence that had been perpetrated on them.

The strict control imposed by community leaders on women’s dressing, mobility and behaviour is reflected in the fact that women have not participated in any demonstrations to seek better facilities at the camps, despite being pushed to the brink of survival. Their specific experiences and needs have, therefore, not got adequate public attention. It is as if their existence and voices do not count.

The camp leaders, who take decisions on behalf of the embattled community and liaison with the district administration, all happen to be men. In this way, women and girls have once again been rendered invisible.

The plight of single women is particularly grave. Those among them who are pregnant or who have just delivered face great mental trauma coupled with a range of health problems because of the lack of nutritious food and poor access to health services. Young women, whose husbands have been killed in the violence, face immense pressure from their husband’s family because of the government entitlements they had received.  Women who seek to work to add to the family income have to contend with the common refrain, “Why do you need a job?”

One of the striking impacts underlining the gendered by-product of violence are the estimated 550 mass marriages that have taken place in the relief camps, facilitated by Jamiat Ulema-e-Hind (JUEH), according to its local leader Maulana Nazhar Mohammed. These are panic-driven marriages of young girls and women, undertaken proactively to supposedly protect them from sexual assault and safeguard family honour.

The first 55 marriages were conducted in Shahpur camp with the active support of the state government, that provided a cash incentive of Rs 1 lakh and household items to the couple. We conversed with two girls, aged 16 and 17, who got married to boys barely a year or two older and who do small businesses for a living.  Both said that they had been married against their wishes and had wanted to pursue their studies. Their anger is directed at the perpetrators of the violence, which has resulted in the present situation. 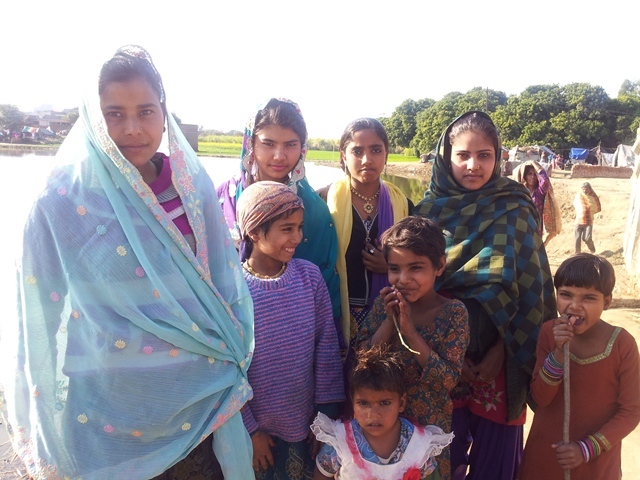 The mothers in the camps confirmed that they allowed these marriages out of fear that their daughters would be sexually assaulted or because of community pressure and the cash/material incentives offered. The role of the state in sponsoring and facilitating mass marriages of young girls is particularly deplorable. It was the duty of the state to assuage the community’s fears and provide protection, rather than support such steps driven by patriarchal compulsions.

Through mass marriages, not only have these young women been pushed to take on the responsibilities of married life prematurely, their aspirations to study and earn a livelihood have also been snuffed out. We continue to hear of impending mass marriages of young girls living in the camps.

The situation is exacerbated with the state having abdicated its responsibility of providing relief, rehabilitation and reparative justice, forcing vulnerable women to become dependent on religious organisations for their survival. For example, the JUEH is now in the process of constructing 500 houses for families of survivors who are not eligible for government compensation. According to Maulana Azhar Mohammed, each housing colony is designed to have a masjid and a madrassa.

In response to our query, Maulana Mohammed added that a school would also be constructed if there was no government school in the vicinity. While this effort is commendable, how many girls living in these colonies would enjoy access to mainstream education under the conditions imposed upon them is anyone’s guess.

What is tragically clear is that the Muzaffarnagar-Shamli riots are not only a huge blot on secular, progressive, democratic India; it reflects how principles of gender equality and empowerment are routinely violated in the aftermath of such violence.

The writer is an independent researcher on gender, law and human rights. This account is based on her joint visit with Hasina Khan to Loi, Juwala and Bassi Kalan camps in Muzaffarnagar district. The article has been published in arrangement with the Women’s Feature Service (wfsdelhi@gmail.com)