Sustaining the ceasefire between underground groups in Nagaland and New Delhi has never been easy. But led by Padmashree award winner Neidonuo Angami, a number of Naga women have been organising themselves for years in trust-building and conflict prevention. A Women's Feature Service and Sangat report.
18 November 2005 -

Neidonuo Angami (born 1950), one of the founding members and former president of the Naga Mothers Association (NMA), was born at a time when Nagaland was ravaged by fierce fighting between the Naga underground army and Indian security forces. She spent her early childhood hiding in thick and precarious jungles to escape the onslaught of incessant bullets.

At the age of six, her father, who was working as an interpreter with the state administration, was captured and killed while on duty. Their widowed mother did her best to look after Angami and her four siblings under very hard economic conditions. The deep wounds of being victims of the conflict seared all of them.

In all her speeches, Angami has pleaded with the Naga men and leaders to stop killing their own brethren, speaking for thousands of mothers left to deal with the loss and pain.

Angami started formal education only at the age of eight. She studied at the Cambridge School, Kohima, which is now known as the Mezhur Higher Secondary School. She then went on to Baptist English School and Government High School, where she graduated in 1968. She was actively involved in extra-curricular activities and very often led her school's contingent during inter-school parades and National Cadet Corps activities.

After college, Angami joined the first batch of the women police force in Nagaland as a sub-inspector. However, her stint with the police department did not last long. She got married and bore three daughters. The years 1972 to 1974 saw her working as a teacher in Kohima. Angami also formed the Nagaland Weavers' Association and facilitated the participation of several groups in international trade fairs during these years.

Nagaland in Northeast India declared itself independent 50 years ago. The move was never recognised by New Delhi and there has been fighting in the region ever since. The prolonged and sustained political problem in Nagaland has resulted in killings, displacements, militarisation and economic disparities. The conflict and tension have also led to high levels of alcoholism and drug abuse in the state.

In the late 1970s and the early 1980s, social problems - especially alcoholism and drug addiction - had become severe, breaking up families and causing much street violence and theft. Angami and a few women (mostly mothers) met a number of times to discuss how to cope with the challenges facing the Naga society. They felt very strongly that it is the mother at home who suffers most, and that only a mother understands the extent of damage that these situations cause to the social fabric. They decided, therefore, that there ought to be a common platform for mothers to come together and combat violence and the resultant social evils. Thus, the NMA was formed in 1984, as a state-level voluntary organisation with the objective of fighting social evils confronting society at that time.

Every Naga tribe sent its representative to the NMA. Angami served as its general-secretary from 1984 to 1992 and later went on to become its president for two consecutive terms.

Angami, who attended many funerals during the violent years, truly felt the gravity and depth of the pain of the Naga struggle personally. In all her speeches, she made a plea to the Naga men and leaders to stop killing their own brethren and spoke for thousands of mothers left to deal with the loss and pain. NMA appealed for total cessation of killings and offered to play mediator. 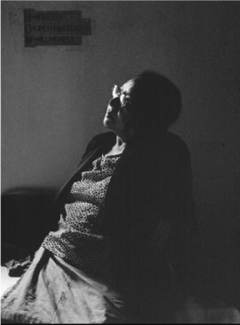 Angami also launched the 'Shed No More Blood' campaign, which led to a meeting between various Naga underground groups and NMA, giving the former an opportunity to meet and share the pain and grief of Naga mothers. In many situations, Angami and her colleagues virtually put themselves between warring factions and risked becoming victims of the senseless killings. However, it is because of these trust-building meetings, the government and the underground leaders are able to keep extending the ceasefire.

The 'Journey of Conscience', a people-to-people dialogue in 2000, is another remarkable initiative by Angami. About 70 Nagas travelled to New Delhi by train to meet civil society groups, officials and other people in Delhi. They felt that negotiations must go beyond negotiating rooms and that the people on both sides must get fully involved in the peace process.

In her association with the NMA, Angami has also been instrumental in the emergence of several other establishments: the NMA Youth and Women Welfare Organisation (1986) to fight drug abuse and trafficking, alcoholism, and HIV/AIDS; Mt Gilead Home (1989), a rehabilitation centre for drug addicts and alcoholics, started by NMA was the first of its kind in India; the NMA HIV/AIDS Care Hospice (2001) and a paper recycling project with the Mt Gilead Home to assist in income generation.

The NMA joined hands with other mass-based organisations such as the Naga HoHo (the apex body of all Naga tribes), Naga Students Federation and Naga People's Movement for Human Rights to help nurture and sustain the ceasefire between the Naga underground groups and the government.

The NMA also took the initiative to collectively honour those who died in the conflict and whose bodies could not be identified. They worked alongside government agencies to prepare coffins and burial grounds. They collected Naga shawls from various churches and women's bodies to cover the dead with full Naga honour and organised funerals with local pastors. This act of honouring human life even in the face of death gave NMA the space to appeal for peace.

The most active member of the NMA Peace Team, Angami along with her colleagues made several visits to underground camps under very difficult situations to listen to the non-State armies and plea with them to come to the negotiating table. The NMA and its sister organisation, Naga Women Union of Manipur (NWUM) made personal visits to all the Northeastern states to meet civil societies and government leaders. These women played vital roles in trust-building and conflict prevention.

With no professional skill or support, Angami and her colleagues have built up a successful peace initiative. Today, Naga women have a role and a say in the peace process between the State agencies and the non-State army. The trust-building process continues even in the midst of fierce violence and suspicion.

In a state comprising different ethnic groups, Angami has often been misunderstood. She has often been accused of being biased towards one group or being anti-government. Her family has had to bear the brunt of this constant expression of public opinion. They also live with the fear of attacks on her life. In 2000, the government marked its appreciation of Angami's role in the peace process by conferring the prestigious Padmashree on her. (Women's Feature Service and Sangat.)

This story comes through a project of the Women's Feature Service and SANGAT. Sangat is a South Asian initiative working on issues related to gender, peace, development, human rights and sustainable livelihoods. Several writers were involved from both the organisations.