Will The NYT bat against Washington apples in India?

A recent editorial in The New York Times rightly recognises the flaws of a growth model driven by lower trade barriers. But Devinder Sharma wonders if the American daily will take a stand and extend its arguments to champion the cause of all nations, including India.
28 April 2014 -

The New York Times (NYT) is right. In an editorial dated 19 April 2014, This Time, Get Global Trade Right, the newspaper finally admits the fault it made in assuming that lowering trade barriers would benefit the economy and the consumers. "Those gains have not been as widespread as we hoped, and they have not been adequate to assist those who were harmed."

This belated realisation has already done immense damage to millions of livelihoods lost not only in the United States but more so elsewhere. It is here that I agree with the newspaper when it says, “it is appropriate to take stock of what we have learned in 20 years since the passage of NAFTA and use that knowledge to design better agreements.”  But there is a catch here. Designing better agreements should not only be to ensure that the US benefits from the global trade treaties, but everyone across the table also benefits equally.

I agree that increased imports from China have resulted in a decline of 44 per cent in manufacturing jobs between 1990 and 2007, but what about the damage to the Mexican labour markets and the farming sector? What about the jobs lost on both sides of the border, the destruction of the Mexican farm economy by cheaper imports, and the resulting loss to livelihood security of millions plus the environmental damages that accrues, including large scale deforestation to enhance area under cultivation for corn? A Carnegie Endowment study points to 766,000 jobs eliminated in the first seven years of NAFTA.

Let's move away from NAFTA. A newspaper report published in the Chandigarh edition of Hindustan Times on 24 April, titled ‘Foreign apples poll issue in HP’ tells how Himachal Pradesh, the land of apples in India, is under threat from imported apples. Imported apples mainly come from China, US, New Zealand, Chile, Iran and Afghanistan. China alone exported 77,560 metric tonnes of apples to India in 2012-13. 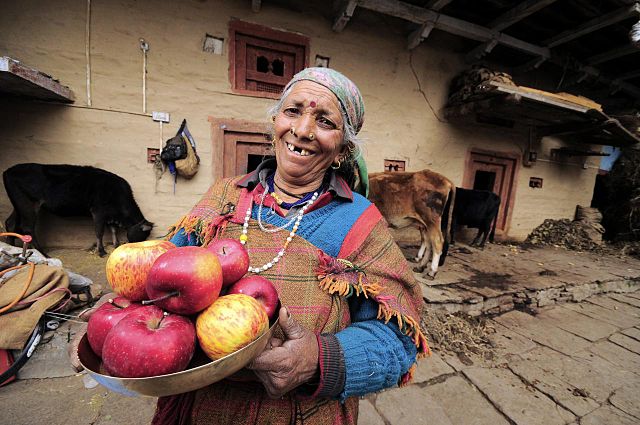 Thus, while imported apples are flooding the Indian markets, Indian apple growers are faced with a livelihood threat. Similarly, I don't see any justification in why China has become a major apple exporter to the US cornering close to 45 per cent of its domestic market whereas inferior quality Washington apples are flooding the markets elsewhere.

Even President Bill Clinton had apologised for flooding Haiti with cheaper American rice since the early 1990s, thereby destroying Haiti's ability to produce rice for itself. This is what he told the US Senate Foreign Relations Committee March 10, 2010: "It may have been good for some of my farmers in Arkansas, but it has not worked. It was a mistake."

But has America drawn any lessons? The answer is a big ‘No’.

In a study I did for Aprodev in Nov 2005 entitled Trade Liberalization in Agriculture: Lessons from the First 10 Years of WTO, I had explained how cheaper and highly subsidised agricultural commodities from the US, Canada and the European Union (and also the other Cairns Group members) had destroyed agriculture in developing countries, driving out millions of small farmers from agriculture to look for menial jobs in the cities.

Some other studies have shown that since the time a Structural Development Programme was launched by the World Bank (followed by the WTO era), 105 of the 149 Third World Countries have become food importing countries. The only two big gainers were North America and European Union. And let's not forget, importing food is importing unemployment.

Did the WTO do anything to remove the imbalances and make trade fair for everyone across the hemisphere? Didn't the office of the US Trade Representative in fact make it still worse?

Anyway, referring back to the NYT editorial, I feel heartened that it talks of imposing intellectual property rights in a manner that doesn't destroy the ability of Peru, for instance, to use generic drugs. But I expected NYT to strongly rebuke the US Administration for invoking Special 301 clause with impunity against all those countries (including India) which want to protect their poor populations from the killing ways of the US drug industry.

Take the case of a patented cancer drug Glivec for which Novartis has lost the battle in the Indian Supreme Court. I am aware that Time magazine had hailed imatineb (Glivec's active ingredient) as a 'magic bullet' for curing cancer but the Supreme Court, in a landmark judgement, struck down the patent application. In India, Glivec costs around $1,900 per month compared to $175 for the generic versions that companies like Cipla make.

Let me now draw the attention of NYT editorial writers to the highhandedness with which the US pushed aggressively for taming the Indian food subsidies, calling it trade distortion. Everyone knows that India has the largest population of hungry in the world. Feeding these poor is not an easy task and certainly cannot be left to market forces. The US would know better since it is also struggling with the rising food subsidy bill (under SNAP) to feed its 47 million hungry.

America provides 385 kg of food support every year (including cereals/grains) to its hungry millions, under food stamp, mid-day meal programmes etc. In 2012, its food subsidy bill stood at $100 billion, up from $90 billion in 2010. Against this, India promises to provide 60 kg of wheat/rice/millets to its 830 million hungry. The total financial outlay for food security in India is about $20 billion or Rs 1.25 lakh crore. The US is objecting to India’s food subsidy but has no problem with its own food subsidy which is five times larger than that of India.

There are at least 14 agricultural commodity trading groups which have written to the USTR expressing their unhappiness over the failure of the US Govt to bring Indian food subsidies under the chopping block. They are not happy with the 4-year grace period that India has been able to wrest at the Bali Ministerial in December. They have said very categorically that the decision will negatively impact their commercial interests.

What is good for America is certainly not good for the world. Let global trade treaties, therefore, be beneficial for all and sundry, and not be dictated by the power of the powerful. While NYT is rightly worried at the decline in employment in America, it must not be forgotten that the billions who are being pushed out of jobs in the developing world are also human beings. Add to this the deteriorating environment, the rise in greenhouse gases and the resulting global warming. The cost of unjust and iniquitous global trade is too heavy for the global community to be a mute spectator to. I hope the NYT stands out as the voice of the voiceless across the globe.