Manufacture of a partner

Was India's emergence on the world stage a project of the superpower? And what is the role of the strategic community in keeping Indian and US interests convergent, wonders Firdaus Ahmed.
31 January 2011 -

With the fall of the Berlin Wall, it was fairly clear that Washington's covert operations in Afghanistan had inflicted a mortal blow on the Soviet Union. This arrival of the unipolar moment served as background to India's grand strategic shift, brought on by coincidence of the foreign exchange crisis and the era of coalition governments.

India's consequent availability as a potential partner attracted the strategic attention of the United States. In the two decades since, India has moved to a position of that country's strategic partner, serving as a counter-weight to China's growing influence in Asia. Also, in case Pakistan were to collapse from the ripples to its west, India may emerge as a 'frontline' state in various wars of the West's making. In part, this story of strategic convergence has been a collaborative effort between strategists in both states.

Prior to the 1990s, there was only the dependable Stephen Cohen as a credible South Asia watcher. His work on the Indian Army served not only those abroad, but also Indians, to understand themselves better. Thereafter, George Tanham, a longtime RAND policy analyst came to study Indian strategic culture, a study incidentally intended for the US Air Force. After speaking to several members of the strategic community - which was much smaller back then - he echoed their view that India lacked a strategic culture and attributed this, possibly reflecting some of his interlocutors' opinions, to the pervasive cultural - read Hindu - beliefs.

Stephen Rosen, at about the same time, reinforced Tanham's finding on the cultural roots of lack of India will to power, alighting on the caste system and divisiveness for India's strategic incapacity.

Interaction between visiting scholars and the mainly Delhi-centered strategic community in interviews, conversations and on the seminar circuit, served as a feedback loop, with the ideas of the strategic community defining how India was viewed and viewed itself. The strategic community used the opportunity to press its descriptive and prescriptive agenda. This principally consisted of viewing India as less ill at ease with the use of force, and consequently lacking in the institutional edifice necessary to exercise it. Their aim was a departure from Nehruvian antecedents for an assertive India.

With India on the backfoot through the nineties, their strategic thinking was lent an air of urgency. The rise of the BJP in national politics by the end of the decade, helped in mainstreaming their views inspired by cultural nationalism. Being a conservative party, the BJP presented itself as a naturally defence-oriented party. Its first act when in power on both occasions was to order nuclear tests. Aborted on the first occasion that lasted a mere fortnight, it was successful in changing the terms of India's strategic circumstance decisively with the Shakti tests of May 1998.

This had two consequences, both traceable to the tests quite easily. One was that under cover of the Chagai tests it conducted in response to India's nuclear bravado, Pakistan plotted and executed the Kargil intrusion. The after-burn of the operation to evict them from the snowy heights around the Line of Control led to landmark changes institutionally in India - in the direction that strategists had been demanding. The second was in the opening up of India to the US, and indeed, vice versa, of the US opening up to India - through the dozen meetings between Strobe Talbot, who had Clinton's ear, and Jaswant Singh, the leading strategic light of the BJP. 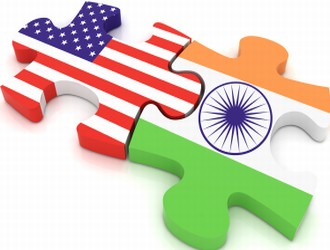 The strategic community, using the medium of the US academic, prods Indian security policy in a direction that is conveniently advantageous for the US.

•  Muddling along
•  The tangled triangl

At about that time, echoes of the contest for shaping of India's nuclear capability can be witnessed in the writings of Ashley Tellis. His book on India's emerging arsenal was seemingly a reaction to India's Draft Nuclear Doctrine. The Draft, in balancing the input of nuclear-inclined members of the National Security Advisory Board, outlined an expansive nuclear agenda, if a wishful one back then. Tellis, by defining the emerging arsenal as a 'force-in-being', attempted to restrict it. His access to the nuclear establishment was not only because of his intrepidity but because using his work, the nuclear establishment attempted to shape India's policy to go further down the nuclearisation route.

The advent of the Bush era, the challenge of Islamism, the beginnings of global multipolarity and the rise of China by the early 2000s resulted in the growing strategic significance of India for the US. India, by then itself experiencing the beginning of rapid economic growth, was transferring the economic benefits into usable military power. The decade ended with India spending three times the amount on defence that it did at its beginning. This was impelled by the perceived failure of its attempt at coercive diplomacy during Operation Parakram, its military response to the parliament attack.

The changes were noted in strategic literature in Steve Cohen's Emerging India and C Rajamohan's Crossing the Rubicon. The Indo-US relationship climaxed with the clinching of the nuclear deal, spawning a cottage industry of strategic writings both for and against it. The fresh entrants were Indian academics returning after acquiring familiarity with the jargon and cliches of non-traditional fields as international relations and strategic studies in academic institutions in the west. The refrain of this younger generation reflects that of the diaspora and middle class, for an Indian seat at the global high table, finally and at long last.

The latest in this opinion and policy shaping interaction is Steve Cohen's third book of consequence, Arming Without Aiming. That the book is co-written with Sunil Dasgupta, indicates the increased intimacy of collaboration in the manufacture of India's strategic image and self-understanding. The book, as in case of earlier books by George Perkovich, Tellis, Paul Kapur and Cohen himself, has the last chapter detailing policy recommendations for the administration. This exemplifies the cycle in which the strategic community, using the medium of the US academic, prods Indian security policy in a direction that is conveniently advantageous for the US.

What is the wider implication of this observation?

Casting about for fresh foes and allies, the US alighted on India for the latter role. The exercise of soft power, through the academic conditioning described above, has helped ease India's movement from a position of skepticism of the US to one of an easy familiarity with it.

The ends of the strategic community in the creation of an India at home with power and its instrumentality have in the process been partially met. While Indian strategists exerted to make India a strategic actor worthy of its potential and weight, the US, for its part, needed a player aligned with its aims in the region. The convergence of interests and ensuing interaction nudged India on to the status of an 'emerged power' in Obama's complimentary words, in sync with the US and its allies.

Two candidate explanations present themselves for this development. The first is that it was an inadvertent convergence, with structural causes. This is the rationalisation. The second one, deserving of investigation, is that India's emergence was the superpower's project. Condoleeza Rice admitted as much in the US promising to make India in its own image. Cadences of Edward Said's Orientalism, discerned in the institutional and intellectual structures and processes of the engagement over the past two decades suggest this. Strategic India was first imagined and its imagination captured, with the help of those Said would term as 'native informants'.

The implications for security of India and its people are still to play themselves out, and if the unraveling of US allies in the Arab world is any guide, it may not be benign.