Shifting goalposts as summit winds down

As the draft agreement is getting ready at the Climate Change Conference in Paris, Darryl D’Monte gives a final round-up on how countries are changing their alliances keeping their own interests in mind, and if it will be possible for a developing nation like India to work towards a low-carbon future.
12 December 2015 -

In a football-frenzied country like France, it was not altogether inappropriate  to hear metaphors about the sport to highlight where countries stood on the last day of official business. Like in previous climate summits, it is being extended by a day into Saturday.

Sanjay Vashisht from Climate Action Network South Asia (CANSA) likened the current situation to a World Cup final where a team arrives only to find it isn’t there in full strength.

He probably meant that there are pulls and pressures from within groups of countries. These sometimes force them to take decisions which are not in consonance with the alliances that have been formed for the climate summit.

A case in point today is Brazil’s decision to join the newly-formed Coalition of High Ambition formed by the US and small island countries. Although it claims to comprise around 100 nations, only  some 15 have actually signed up. It has served to break ranks with the G77 + China (Group of 77  Developing countries plus China ).

To complicate matters further, Brazil is a member of BASIC, the newly emerging economies of Brazil South Africa, India and China, which made a splash in Copenhagen but has been missing in action for the most part in Paris.

Brazil may have been guilty of scoring a self-goal by breaking ranks but, as CANSA members explained at a press conference today, every country also belongs to different groupings which have different interests. 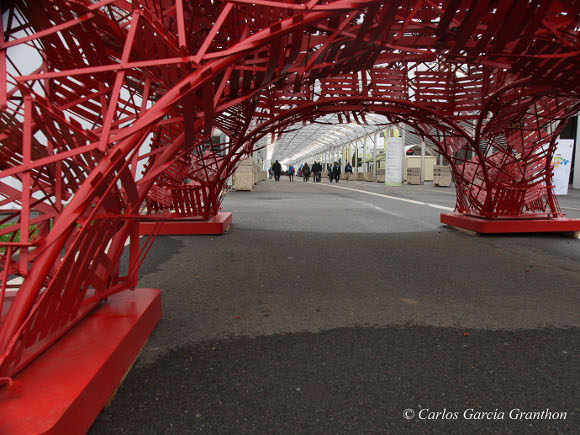 It was entirely possible for countries to look to their own interests first, without causing any major diplomatic gaffes. Thus Chinese emissions are five times India’s on a per capita basis, and China is similarly a $10 trillion a year economy as against India’s $2 trillion. Yet China and India, the top and third largest emitters respectively, have joined hands in Paris.

A clause  in the ‘semi-final” text which is causing India and like-minded countries some concern is the call to governments to reduce support for “high emission investments”.

This is summitry for fossil-fuel based investments in general and coal in particular. The fact that India is set to double its coal production by 2020 hasn’t gone down well with the global North.

It has been reported that there were calls to the French secretariat of the conference  from Delhi and Beijing, asking it to delete this reference from the text.

Lord Nicholas Stern, the eminent British economist who has in 2006 authored the most authoritative study on the economic consequences of global change, spoke today of how pleased he was that sustainable development, poverty eradication and electricity supply were today all part of a strong story in Paris. “The link between sustainable development and a reduction in emissions was never clearer,” he said.

Earlier, Lord Stern, who has spent 40 years studying Indian villages and 30 years in China, warned that any reviews of countries’ current commitments would  need to be linked to a long term goal. In line with a 2ᴼC warming threshold, emissions need to fall to zero by the end of the century.

“That is arithmetic – it’s not a political statement,” he said. “If we do [the transformation] badly, forget about 2ᴼC of warming, we’ll be heading to 3ᴼC or 4ᴼC.”

Meeting tougher climate goals by moving away from coal and oil were no-brainers for emerging economies like China and India, he added, given the impacts using those fuels were having on human health.

“In China 4,000 a day are killed by air pollution. As many as 13 of the top 20 most polluted cities are in India [according to the World Health Organisation]. If it’s 4,000 a day in China – how many in India? It’s enough to regard this as a deep problem.”

Another vexing clause that has recently cropped up in Paris, is the question of reparation for loss and damage to the most vulnerable small island and other vulnerable countries by global warming.

The US and others like Canada and Australia have swiftly moved to remove any reference to industrial countries’ liability for compensating for such damage.

Just the impact on countries like Maldives, which are set to go under water in a matter of decades, can be well imagined. Some island countries are already looking for ways and means to migrate to countries like Australia, which is under-populated.

However, as CANSA mentioned today, while making it clear that they were not in a litigious frame of mind, developing countries have been able to block from the text any waiver of obligations under different provisions in existing international law.

Oxfam has welcomed the fact that the draft has confirmed the need to set quantified funding goals for both climate change mitigation and adaptation for the years after 2020. Mohamed Adow from Christian Aid said: “It’s great that we have widespread agreement on limiting global warming to 1.5 degrees, but it’s useless without a way of getting there. For there to be a revolution, there has to be evolution.

“Without an ambition mechanism we only have enough fuel to drive ourselves halfway to our destination. For a review and resubmission process to be worth anything we need the review part to happen sooner rather than later.

“That’s why we must have a big political moment in 2018 where countries will be brought back to the table and forced to ramp up their climate action.”

All said and done, negotiators were perhaps hoping for the best, in the closing hours of the conference, and pointing out that there were more green than red lights in Paris.

The ultimate goal by the end of the century – not in football terms – was a zero carbon economy, where rich countries pay developing ones to make the transformation in a progressive manner.

Lord Stern asserted as much today when he said that India needed a “package” to accelerate towards a low-carbon future. This would also enable the private sector to move in.

In Paris, United States’ top climate change negotiator Todd Stern echoed this: “I think that the most important thing at some level is for India to see that there is a path to both growth, to eradicating poverty, and to energy access – there’s still somewhere between 300 and 400 million Indians who don’t have any electricity.

“They’ve got to see there’s a path to get to those fundamental development needs that they have that is as low carbon as possible, that is relatively low carbon,  that is not based on a big, big bet on long term dirty coal. “And that’s going to be very challenging. I think that our inclination is certainly to work with them as closely as possible.”

A fitting finale to the Paris talks is a full-page ad in yesterday's International New York Times. It has five top world political leaders in true Star Wars fashion smiling benignly at readers. President Xi Jinping is firmly ensconced in the middle of the five and larger than the rest of them. Narendra Modi is at the extreme left and, surprisingly, Barack Obama is on the extreme right. Flanking the Chinese President are Angela Markel and Brazil’s Dilma Roussef.

It has been placed by the most proactive international activist organisation AVAAZ.org with the slogan: “Do. There is no try.” Its choice of galactic leaders is intriguing, to say the least, if their positioning has anything to do with the message.