A Prime Minister in peril

Why has this honest, intelligent, experienced man, whose appointment as prime minister in 2004 was so widely welcomed, been such a disappointment in office, asks Ramachandra Guha
11 January 2012 -

Soon after the general elections of 2004, I heard a sociologist and an economist exchange stories about the new prime minister. Back in the early 1990s, the sociologist was asked to write a recommendation for one of Manmohan Singh's daughters. Since he knew (and admired) her work, he agreed readily. When the young lady's CV reached him, he found that she had gone to some considerable trouble to hide the fact that her father was finance minister. She was staying with her parents in their large Lutyens bungalow; yet had chosen to use as her mailing address a friend's flat in East Delhi.

The economist said he had a better story. In the late 1970s, when Manmohan Singh was a secretary in the finance ministry, the two had lunch at the India International Centre. After the meal, the economist asked Singh: "Do you mind if after dropping you at South Block, your car drops me at my office on Ring Road?" "Do you mind if it didn't?" answered Singh, a brush-off as gentle as has ever been delivered or received.

When he assumed office in 2004, Manmohan Singh was by some distance India's best educated prime minister. He was the most widely travelled since Jawaharlal Nehru. He was the most honest since Lal Bahadur Shastri. He had a wide range of experience in government, having served as, among other things, deputy chairman of the Planning Commission, governor of the Reserve Bank of India, and finance minister.

There were great expectations of Singh as prime minister; few of which have been fulfilled. Those who thought that the co-author (with P.V. Narasimha Rao) of the first generation of economic reforms would further free entrepreneurs from State control have been disappointed. So have those who hoped the experienced administrator would modernize the civil service by encouraging the lateral entry of professionals, those who believed that the former secretary general of the South Commission would adopt a foreign policy independent of Western (more specifically, American) pressures; and most of all, those who imagined that a person of rectitude and personal honesty would promote probity in politics and administration.

This last failure explains, among other things, the appeal of Anna Hazare, a man whose intellectual vision is as confined as Singh's is large. In the early part of 2011, as the evidence of cabinet collusion in the Commonwealth Games and 2G scams accumulated, the prime minister continued to shield his corrupt ministers. After Anna Hazare's fasts, a popular, countrywide movement against corruption began to take shape. Singh still would not act. In the popular imagination, the prime minister was now seen as indecisive and self-serving, his fellow septuagenarian, Anna Hazare, as courageous and self-sacrificing. It is a mark of how disappointing Manmohan Singh's second term has been that it has allowed an authoritarian village reformer - with little understanding of what Mohandas K. Gandhi said, did, or meant - to claim the mantle of the Mahatma. 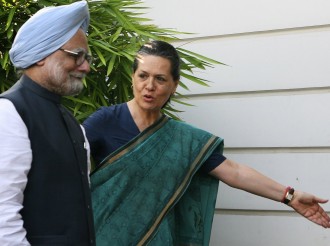 Sonia Gandhi had bestowed on Singh an unexpected gift; however, by accepting it, he had done her a favour too. He should have made more of this reciprocity.

•  Honest is, as honest does
•  Whose Prime Minister?

About 18 months ago, Khushwant Singh wrote that Manmohan Singh was the best prime minister India has had. Khushwant is reliable on some matters: such as the history of the Sikhs, the attractions of Scotch whisky, and the poetry of Muhammed Iqbal. He is a man of enormous charm, with a large fund of good and bad jokes. But in so far as politicians go he has a disastrous track record. He once saw in the ruffian Sanjay Gandhi the redeemer of the nation.

Even at the time, Khushwant's praise of Manmohan Singh seemed excessive. Now it seems ludicrous. But why has this honest, intelligent, experienced man, whose appointment as prime minister in 2004 was so widely welcomed, been such a disappointment in office? Here are four reasons, roughly in order of importance:

In his first term as prime minister, Singh did not notably enhance his reputation; nor, however, did he seriously diminish it. If he had retired from office in 2009, history would have judged him more kindly. If he thought himself able to carry on, then he should have sought election to the Lok Sabha. He did neither - to find his credibility steadily eroding. It was still possible, in the winter of 2010-11, for Singh to have retrieved some lost ground, by sacking Suresh Kalmadi and A. Raja as soon as the scale of the scandals they oversaw became evident, and by insisting that the Congress break its ties with the Dravida Munnetra Kazhagam, even if that meant the fall of the United Progressive Alliance government in New Delhi.

These successive failures signal a character trait that one does not usually associate with upright and intelligent individuals -namely, a rather desperate desire to cling to office, at whatever cost to one's reputation, one's party, and one's nation.