The Companies Act 2013 has extended its scope to provide norms for the organisation and functioning of not-for-profit ventures. Why not, then, use the same or similar legislation to create a conducive environment for social enterprises, asks Shankar Jaganathan.
19 September 2013 -

The limited liability company, the Hindu-Arabic numbering system and double entry bookkeeping are counted among the most important commercial innovations in human history. With limited liability, it became possible for passive investors to invest in companies enabling large sums of capital to be mobilised. But for this innovation, companies such as Reliance in India, which boasts of over two million investors, would not be a reality.

New technologies produced by the Industrial Revolution like the steam engine and power looms require large capital investment in business. This fusion of technological and commercial innovations created unprecedented economic growth over the last two centuries in the western world. India, which has only partially leveraged these benefits, now seems set to do more.

In August this year, India enacted the Companies Act 2013 to replace a six-decade-old legislation. The objective is to promote entrepreneurship and channel larger capital into business, thereby accelerating economic growth in our country. The new act also extends the prevailing legal structure to organizing not-for-profit ventures (called Section 25 companies) by retaining provisions that prohibit dividend payments and those relating to dissolution or distribution of assets under Section 8 of the new Act. However, the new act does not contain any specific provisions for promoting social enterprises, a new breed of organisation emerging on the horizon that look to spread the benefits of this economic growth to a larger section of the population.

Globally, social enterprises have emerged over the last few decades with an aim to combine the profit-generating ability of businesses with the social benefits targeted by not-for-profit entities. While multiple definitions for social enterprise exist, the core concept is of a business prioritising social objectives over financial or economic returns. I believe the historic event of enacting the new Companies Act in India calls for a stock-take of the prevailing environment for organising such enterprises. 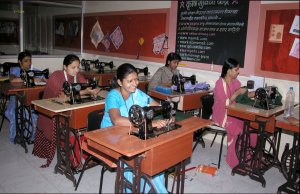 India today seems to be an ideal society to benefit from a strong social enterprise sector. Multiple factors call for it. The first among them is the need to eradicate widespread poverty, child malnutrition and inadequate healthcare facilities for the poor and rural residents.

In contrast, social enterprises use business as a vehicle for achieving primarily social objectives such as catering to the needs of the poor and the underserved, providing employment for the specially-abled such as the blind and physically handicapped, or creating market avenues for socially desirable products and services such as day care centers for children and the aged.

Recognising the distinct value of Social enterprises which prioritize social returns over economic returns, the governments of UK and the US have created special provisions to encourage them. In the UK, the government enacted Community Interest Companies or CICs in short. CIC has all the features of a limited liability company with only two restrictions. They are prohibited from distributing their capital to investors and in addition, a cap is fixed on the dividend they can declare. No upper limit on the cap was specified as part of this legislation when it was enacted. Instead, they permitted regulators to fix the cap, acknowledging that a higher dividend may need to be provided in the initial periods to attract the desired quantum of capital in this sector.

The positive impact of Community Interest Companies in the UK, with over 7000 entities functional over a short period of eight years, looks to have triggered some state governments in the US to enact their own version of CICs. In the US, these entities are called the Low-Profit Limited Liability Companies or L3Cs in short, having most of the features of CICs. Both in the UK and the US, these companies have their name suffixed with the term CIC and L3C respectively to help their stakeholders and the general public distinguish them from other for-profit ventures. Given these promising global initiatives, could we look at adding a new section to the Companies Act 2013, say section 8A, enabling the distinct features required for nourishing social enterprises in India?

India today seems to be an ideal society to benefit from a strong social enterprise sector. Multiple factors call for it. The first among them is the need to eradicate widespread poverty, child malnutrition and inadequate healthcare facilities for the poor and rural residents. Secondly, the mandate for corporate CSR spend adds annual resources in the range of Rs.10,000 crore, which would need new organizations that can absorb and use it productively.

Finally, social enterprises have the best potential to supplement government initiatives in the public food distribution system, create new businesses that provide employment opportunities for the specially-able, and cater to the needs of the rural population and those at the base of the pyramid. Given these imperatives, is it not justified to provide a separate status for social enterprises in India to help them flourish?

Shankar Jaganathan is passionate about corporate governance, sustainability practices and economic history. His second book The Wisdom of Ants, A Short History of Economics was published in November 2012.