To specialise or not?

Should bureaucrats working in the national security bureaucracy have a working knowledge of the defence sector, or would that just foster group-think? Firdaus Ahmed explores the question.
26 December 2011 -

The deliberations of the Naresh Chandra National Security Task Force are being deliberately kept off the headlines - perhaps because the conventional thinking is that national security is a non-partisan sphere from which politics is to be kept out. The dominant understanding is that there ought to be a consensus over the defence sector. This would be disrupted if its findings find their way into the headlines.

But what's on the anvil, from the Task Force's work? Here are some of the likely outcomes - the integration of the service headquarters with the ministry of defence; anchoring the national security council system with parliamentary democracy; giving the NSC a statutory existence; improving coordination across the ministries of defence, home and external affairs; and streamlining the nuclear command authority, in particular the relationship between the national security adviser and the strategic forces command perhaps mediated by the appointment of a chief of defence staff etc.

While these are weighty matters that can do without raucous political and ill-informed media attention, there is one aspect that is likely to figure in the report that requires open debate. This is the aspect of specialisation of the national security bureaucracy.

Currently, bureaucrats posted in the defence ministry are non-specialists. They acquire their knowledge and expertise to the extent that they finally do during their tenure in the ministry. They come from various ministries and state cadres, and there is inevitably a time lag before they can understand their role and the demands of the ministry. Their stay is usually of five years, at the end of which, when they finally acquire a certain degree of competence, they are out.

The argument for specialisation

The long standing argument, made particularly by the late K Subrahmanyam who was himself once a bureaucrat in the defence ministry, has been that this impacts the ministry's work negatively. With the bureaucratic layer having interposed itself between the military and the political master, the impact is more severe. The file system was reportedly earlier a 'double file' one in which the ministry duplicated the military's file that would come up for decision, thereby keeping the military 'out of the loop' and the logic of the decision. Their lack of expertise in the field of national security and in the procedural aspects of acquisitions, etc. has apparently led to much delay in processing cases, with corresponding implications for military readiness and defence spending. 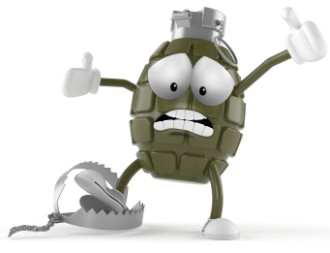 Currently, bureaucrats posted in the defence ministry are non-specialists. Their stay is usually of five years, at the end of which, when they finally acquire a certain degree of competence, they are out.

•  Whose command? Whose control?
•  Unity in militarism
•  Army's right to its opinion

The recommendation that is likely to figure in the Naresh Chandra report is therefore that the bureaucrats seconded to the ministries of defence and in the national security council secretariat should be identified early in their careers and then rotated in appointments in the national security system. They could also serve in their respective state cadres' tenanting security-related appointments - e.g. as Home Secretaries. Those self-selecting to this stream could then be trained in national security related subjects either in military institutions or in Indian or foreign universities. Depending on their seniority they could attend the courses in the defence staff college and the national defence college. This would expose them to the services and their long service in the ministry would ensure they understand the mandate of the ministry.

The advantages would be great - the ministry's ability to facilitate defence related projects such as acquisitions, infrastructure, defence industry and technology would rise dramatically. The usual stand-off between the bureaucrats and the brass would also become a thing of the past. The harmony in South Block will translate into synergy in the defence sector, including defence production and technology base and the services.

But there are risks

Of course there is a downside, and in persuading ourselves of the positives we should not miss seeing that. Socialisation into national security thinking will lead to bureaucrats adopting the 'party' line. In other words, group-think will set in.

This is not to hold fort for the current system. It does have the problems that the critics point out. But their solution to the problem, of bringing in uniformity in thinking in the national security system, goes against India's principal strength and characteristic - the ability to draw from its diversity. The selection and conditioning of the bureaucrats into the system would ensure that the dominant power-oriented view prevails. Dissent will be a casualty. The defence sector will end up a greater 'holy cow' than what it already is. The 'committed' bureaucrat, a phrase redolent with Emergency connotations, will be in demand.

Moreover, since India is a developing state, an overdeveloped defence sector will tend to overshadow the development sector. While national security may benefit in the short term, its long term consequence for democracy cannot be benign.

Consider the Armed Forces Special Powers Act, which has been in the headlines since autumn in Kashmir. The defence ministry has seconded the position of the army that it should not be tweaked in Kashmir. This has held up political initiative in Kashmir despite the home ministry, which is responsible for internal security, and the state government being amenable to change. In case of a ministry manned by a specialised cadre of bureaucrats, it would be so much more difficult to bring about changes such as this.

Currently the status quo owes to bureaucratic politics in the ministry, rather than the ministry being persuaded by the army's case. The political level is not strong enough to override the army's objection, beset as it has been with diverse challenges for the past six months. Batting to one script, they will not be able to bring their independent judgment, informed by a wider-than-defence world view, to their advice. In case the bureaucrats serving in the ministry of defence parrot the power-oriented national security line, the political level will not be able to exercise political control adequately.

The military chafes at the present situation in which the political master uses the bureaucrats for exercising political control. In case the bureaucrats and the military are of one mind, the minister would not be able to access contrary views that could help with informed decision making. The argument is made that the bureaucrats would be better able to tender their advice since they would be more knowledgeable. However, the problem is in their acquiring a uniform perspective through selection bias, training and personnel policies such as promotion, rotations and appointments.

The diversity of perspective that they bring to their task currently helps situate the defence sector in the wider national scheme. Creating a specialised cadre would cut them off from the rest of the national scene, making the defence sector an island and a law unto itself. The resulting political challenges can be quite severe.

One way to overcome this problem would be in integrating service headquarters with the ministry. While the uniformed element would bring in the expertise, bureaucrats, more familiar with how the government system works, will be able to balance any overly militarised input. Their exposure on military courses and on university courses will raise the respect for them within the military, thereby ending the feud between the ministry and the service headquarters.

Throwing the baby out with the bathwater will only lead to us repenting at leisure.