“My late alcoholic husband set me on fire angrily over 5 years ago when I requested him to stop drinking. My upper body had over 60 per cent burns on the neck, chest and hands. Fortunately, I received timely treatment at St. John’s Medical College and Hospital in Bangalore at minimal cost. I underwent two major surgeries, in which skin was grafted from my legs onto my burnt torso”, recounted Arockia Mariam at a meeting with burns survivors, human rights defenders, physicians, counselors, nurses and government representatives, in Bangalore, recently. In her early forties, this barely literate stationary fruit vendor lives near Bommanahalli since she migrated from Tamil Nadu with her family around 2 decades ago. 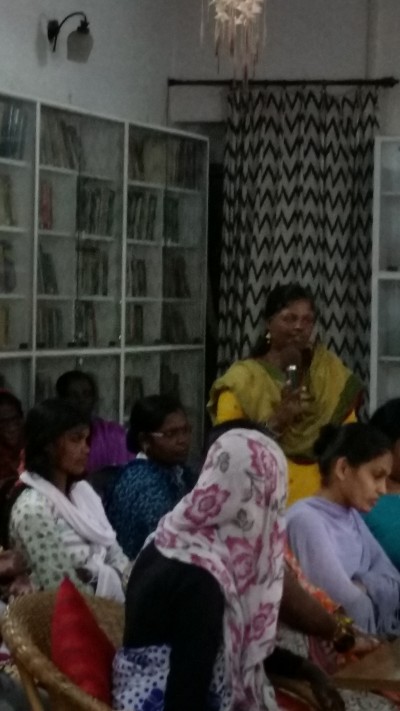 Although she cannot sell fruits owing to frequent illness, she cannot afford treatment regularly despite discounted charges. Due to her inability to earn sufficiently, Mariam cannot ensure that she and her third daughter can eat minimum two meals daily sometimes. She is grateful that a church provides groceries freely, which suffice for a fortnight. Incidentally, Mariam’s 2 older daughters who are married cannot support their mother or sister. The youngest girl who studies in a private school presently, will discontinue because of the financial problems and her unwillingness to study.

At the same meeting, 28-year old Jyotisri, who has completed her high school and works as a gym instructor revealed, “I wanted to study further but my parents forced marriage on me around 10 years ago. As my husband (now estranged) and mother-in-law wanted sons, they tried coercing me into a foetal sex determination test. As I refused and bore a daughter, they set fire to me. However, I escaped with neck injuries as I poured water on myself. While my mother is raising my daughter in Hindupur district in Andhra Pradesh, I live in Bangalore with my brother”.

Rehana Begum’s violent and (now) former husband burnt her and their daughter Firdaus over 10 years ago. Firdaus, aged 19, is in an engineering course in Karnataka. “Vital backing from Vimochana (a non-profit organization in Bangalore assisting distressed women and girls for 38 years) helped my daughter finish high school and study further. Firdaus was refused admission many times owing to her scarred face and neck. Similarly, I was denied employment and struggle for livelihood”, disclosed Rehana. She has undergone over five dermatological surgeries on her torso.

Priya from Sangrur taluk in Bellary district lives with her elderly parents in her late husband’s house, shared, “Some years ago, my husband who worked in a steel factory spent on his parents but spared us nothing. He burnt me as I questioned his irresponsibility towards us. Since his death from an illness, I get 1500 rupees pension from his employer and five hundred rupees government disability allowance, monthly”. Priya visits Bangalore sometimes to meet her children studying in a charitable residential school. However, she faces eviction threats as their house’s original title deed is with an illegal land grabber. 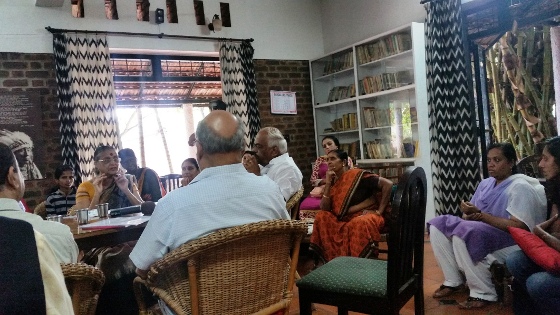 If a burnt person(s) dies, a dying declaration might be sought. Sathya, a social worker from Vimochana observed, “Often, the woman does not blame the marital family especially if children need support after her or changes her initial statement. Legally, neighbours, natal family members, friends and neighbours could be witnesses. In our initial meetings with burns survivors and their families, we hear that a lit kerosene stove had ‘burst’ or a kitchen accident or suicide attempt occurred. Urging the survivor or her natal family or visiting (if allowed) the incident location and examining items and structures closely, discloses that the lady was burnt”.

Sathya operates from the burns ward at Victoria Hospital, Bangalore, which is among the few government healthcare institutions in Karnataka with a separate Burns ward. Another one in Bangalore is at St. John’s Medical College and Hospital, a non-profit organization.

According to the present data from Victoria Hospital as quoted by Sathya and Donna, around 10 women with burns are admitted to Victoria Hospital daily and nearly 50 burnt women die monthly. Typically the woman is doused with kerosene and lit. However, this does not imply that kerosene or stoves must be banned. Burns survivors often hail from low or middle income families and cannot meet medical or legal expenses. People avoid them in public transport or other spaces owing to visible wounds. And they are socially ostracized.

A National Program for the Prevention and Management of Burns introduced in 2010 seems ineffective considering above data. Hence, plastic surgeons, physicians, counselors and gender rights activists in Karnataka framed a state Burns policy incorporating the aforementioned points. The policy reiterates that burning a woman by her marital or natal family or intimate partner constitutes domestic violence and must be considered in a gender just manner i.e the woman and her supporters (natal family, friends, neighbours, children, etc.) must be believed and their rights/interests safeguarded. 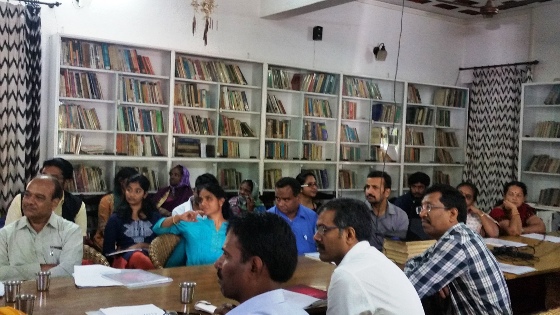 “Women surviving burns can form a self-help group. The state government could lend them money at low or zero interest”, said Ramesh Kumar, Karnataka’s minister for Health and Family Welfare. At a discussion on the policy which he assured he would present to the legislative assembly in the upcoming session, he suggested that the survivors’ children (if any) could be court witnesses. Ashwini, a psychologist and counsellor in Bangalore recommended that while children can testify, they must be counseled previously and also have sensitized listeners in a congenial environment.

Asha Devi, a surgeon aged 31 years from Uttar Pradesh experienced severe physical and psychological violence after relocating to Bangalore with her husband and his parents. After she returned to her hometown with her parents and 3-year old daughter, her husband pleaded forgiveness, took the child and now refuses to let Asha meet their daughter. So, she is in Bangalore trying for her daughter’s custody amidst harassment from her husband.

A dentist from Bangalore aged 33, Helen, received severe head injuries from her (now estranged) husband and survived after prolonged treatment. To hasten divorce and avoid alimony, her marital family tried proving unsuccessfully, that she was mentally unstable. As she lacks alternate accommodation, the determined Helen, her elderly parents and 7-year old school going son share a house with her marital family while awaiting progress of the domestic violence case.

26-year old Vandana, a private firm employee faced physical and sexual violence committed by her husband just three months following their marriage. He kicked her during her second pregnancy before their older daughter, his mother and sister and evicted her naked on a cold, dark night. Their then 5-year old daughter informed her school teacher. Vandana left her husband after she found him sexually abusing his young niece one night. He unsuccessfully tried threatening her to return after she filed domestic violence and divorce cases with her sister’s support.

Nilofer Jaan, a software engineer from Mysuru and a single child, married after her former husband pestered her and her mother following her father’s passing. When her co-worker learnt of the soft-spoken Nilofer experiencing physical and emotional marital violence, she convinced her to approach a helpline which redirected her to a gender rights organization that guided her in divorcing her husband.

Women hesitate reporting domestic violence fearing stigma, their family’s future and probable backlash. Frequently, police and family members unnecessarily advise the woman to adjust and regard domestic violence as a natural process. Lawyers, judges and healthcare professionals could be indifferent, sexist or pressurized by the marital family into opposing the survivor and her family or are ignorant of relevant laws. Sometimes, lawyers and police could make sexual advances or add unnecessarily sections without the survivor’s knowledge. Most government shelters are unsafe and inhospitable leaving no place for the woman to go to. Cases are prolonged as an overloaded police rarely prioritize investigation and charge sheeting. The husband and other marital family members hardly co-operate with the investigation and trial and sometimes file false counter cases.

At a national consultation in Bangalore on IPC 498A dilution (which mandates forming family welfare committee which will submit a report till then no arrest can be made) Audrey d’Mello, a lawyer with Majlis, (a non-profit forum in Mumbai for legal initiatives and women’s rights) remarked, “Many overlook the Lalita Kumari case constitutional bench verdict reiterating mandatory FIR registration as per CrPC Section 154 for cognizable offences like matrimonial and family disputes where prosecution could be delayed. Relevant preliminary inquiry must not exceed 7 days or reasons for its initiation, delay or complaint closure must be recorded. A constitutional bench supersedes the Supreme and High Courts.”

Nationwide studies initiated by governmental and non-governmental institutions show that intimidation, patriarchy, psychological, physical and financial strain could make the complainant withdraw a case which is interpreted as misusing the law and exaggerated by the misogynistic media and state. Apart from IPC 498A, there are - Dowry Act 1961,  Protection of Women from Domestic Violence Act 2005, and protection officers - all supposedly to help battered women. Yet, domestic violence persists, silently but widely irrespective of socio-cultural or economic status.

While gender sensitizing men and their families, strengthening redressal mechanisms and revisiting judgements pertinent to the case are important, reassuring the brave survivors and their families to seek help is the key.

Note: Personal details of the burns and domestic violence victims were changed to safeguard their identity

Pushpa Achanta is a Bangalore-based blogger, writer and trainer on development and human interest issues who enjoys penning verse, heritage walking, nature photography and mentoring youth. She is the lead author of a book titled Ripples: The Right to Water and Sanitation for Whom, published by the Indian Social Institute, Bangalore.