The atomic energy programme is an economic failure as well as an environmental disaster. Moreover, by its very functioning, the AEC has undermined the democratic ideals of the nation, writes Ramachandra Guha.
06 December 2009 -

The most secretive institution in India is the Atomic Energy Commission. Although its power plants profess to produce goods for the benefit of the public, they are not judged by the standards of profitability and accountability that the market imposes on other industries. Nor, like other government-owned and managed firms, do they have to report to the parliamentary committee on public undertakings. In fact, by an act of Parliament they have been made exempt from the scrutiny of the Parliament itself.

No ordinary citizen can get anywhere near an atomic installation, and even the most well-connected historian cannot get anywhere near the records of the AEC or its associated bodies. But by a stroke of luck I once stumbled upon snatches of correspondence connected with this otherwise closed and inward-looking organization. When I found these documents, a decade ago, I xeroxed and filed them away. They bear exhuming today, since they speak directly to the controversy relating to the recent leak in the Kaiga nuclear plant.

The documents date to the year 1967, when the Congress had just won its fourth general elections in a row. Among the new entrants to the ministry was M S Gurupadaswamy, who was appointed the minister of state for atomic energy. Gurupadaswamy had previously been a member of the Praja Socialist Party, an organization known for cultivating both intelligence as well as independence of mind. In keeping with this tradition, he took his new job rather seriously.

He visited the plants then in operation, and spoke to a cross-section of scientists and staff. What he found was not altogether to his liking. He wrote to the prime minister, Indira Gandhi, that the work of the AEC "appears to be on [a] low keel"; that there were serious delays; and that there was a loss of morale among the staff. He recommended that a set of procedures "be evolved to achieve greater accountability [as] to the time-schedule, production, cost, technical performance, etc" of our nuclear power plants. 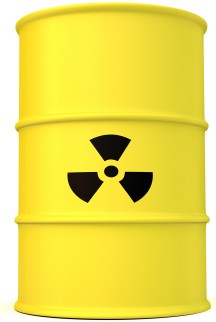 Nuclear energy is a technology that is inherently anti-democratic. It erects a wall of secrecy between itself and the ordinary citizen. It is not subject to the scrutiny of elected legislators. It refuses even to submit itself to the peer-review of the scientific community.

Having alerted the prime minister to the deficiencies within the AEC, the new minister of state then took up the matter with the chairman of the commission, the physicist, Vikram Sarabhai. He asked him to supply details of project costs, expenditure incurred over the past few years including the foreign exchange component, the reasons for delays, and the impediments faced in the execution of their work. These details were important in themselves, but Gurupadaswamy further added that they might be used in "a comparative study of the Atomic Energy Commission, the Railway Board, and the P&T Board". (That he thought of these comparisons is testimony to the minister's intelligence, for the railways and postal service were the two government agencies that provided tangible and mostly positive services to the citizens of India.)

These (very reasonable) suggestions provoked panic and paranoia in the AEC. The chairman wrote to the prime minister insisting that he report only to her, since there was "no provision in the constitution [of the AEC] for a Minister of State for Atomic Energy to concern himself with the formulation of policy or with the implementation of decisions". He believed that "it would be most unfortunate" if the "existing relations between the Commission, its Chairman and the Prime Minister" were to be altered "through the nature of information and consultation that is required at the Ministerial level and the frequency of reporting" that Gurupadaswamy had asked for.

In a handwritten note to her secretary (a copy of which I possess) Mrs Gandhi enclosed this correspondence with the comment: "Shri Gurupadaswamy is full of zeal. Dr Sarabhai thinks it is misplaced zeal!" Four decades on, I think that we can safely conclude that the zeal was in fact well directed. For studies by independent researchers strongly suggest that our atomic energy programme is an economic failure as well as an environmental disaster. Nor does the charge-sheet end here, for, by the very nature of its functioning, the AEC has undermined the democratic ideals of the nation.

Take the environmental question first. The construction of nuclear installations often involves the loss of green cover - in the case of Kaiga, the loss of some of the best rainforests in the Western Ghats. In the extraction of thorium and uranium, health hazards are imposed on the communities which live near the mines. In the normal operations of these plants further health costs are borne by surrounding communities. (A study by Sanghamitra and Surendra Gadekar demonstrates that those living near nuclear installations in India are exposed to very high levels of radiation.) Then there is the ever-present threat of nuclear accidents. Finally, there is the question of the disposal of the wastes, which remain radioactive for thousands of years.

On the economic side, work by the distinguished energy scientist, Amulya Reddy, has shown that nuclear power in India is more costly per unit than coal, hydel, solar or other available options (see this link). Reddy based his calculations on official statistics, those contained in the annual reports of the AEC (the only information about the organization that ever becomes public). However, if one was to take into account the hidden subsidies that the commission enjoys, the comparison would be even more damaging to its interests.

Remarkably, despite contributing a mere three per cent of the country's energy needs, more than 60 per cent of the total research budget on energy goes to this sector. How much better served would we and the nation be if the priorities were reversed, with clean technologies like solar and wind power provided the assistance that nuclear energy currently obtains?

Finally, nuclear energy is a technology that is inherently anti-democratic. It erects a wall of secrecy between itself and the ordinary citizen. It is not subject to the scrutiny of elected legislators. It refuses even to submit itself to the peer-review of the scientific community. In response to public pressure exerted over a number of years, the government set up an Atomic Energy Regulatory Board, only to staff it with former employees of the AEC. No credible or independent scientist serves on it. Naturally, the AERB sees its job as merely being to whitewash the errors of its paymasters.

To these very serious limitations has now been added a new and perhaps still more serious one - that the industry is peculiarly vulnerable to terror attacks. In seeking to deflect criticism of the recent accident at Kaiga, the chairman of the Nuclear Power Corporation of India Limited told a television channel that this may have been sabotage by a "foreign hand". The claim only dropped more egg on his face, for if, despite all the secrecy and security, the AEC or NPCIL cannot prevent contamination of a single water tower, who is to say that they can ever thwart a suicide bomber or a plane flying low into one of their plants?

The Atomic Energy Commission in India is both a holy cow as well as a white elephant. Because it can, in theory, deliver atomic weapons to the State, successive prime ministers are loath to interfere with its workings. As a result, the taxpayer has been forced to sink billions of crores into an industry that has consistently under-performed, that after six decades of pampering still produces a niggardly proportion of our energy requirements, and this at a higher cost and at a far greater risk than the alternatives.

It is past time that the industry and those who control it were made to answer for their actions. The Kaiga accident may yet help in reviving, albeit 42 years too late, M S Gurupadaswamy's public-spirited demand that we seek to "achieve greater accountability [as] to the time- schedule, production, cost, technical performance, etc" of our much cossetted and grossly overrated nuclear industry.