The forest regions in Brahmapuri and Chandrapur regions in Maharashtra are the scene of a spurt in tiger attacks for the last two years. Fear of attack has also caused significant damage to the forest-reliant local economy. Aparna Pallavi reports.
17 August 2008 -

Deathly silence permeates the houses of Rajeshwar Hiraman Kumre and Ramesh Khusaram Ichkape in Jankapur village in Chandrapur district of Maharashtra. Barely three weeks back, the duo was killed in a tiger attack, taking the death toll in tiger attacks in the village to four. The village is in a state of shock. There were four men and a large herd of cattle when the attack happened, informs a bystander. Tigers usually attack isolated people.

He was not alone and he was in open space when the tiger attacked, says Panchasheela, wife of Kashinath Gopichand Surwanshi also from Jankapur, who was killed in March. Panchasheela is still struggling to make sense of the tragedy. We never thought that a tiger could attack in the open. 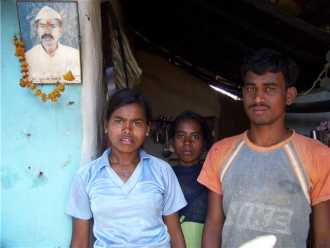 Dharmaraj and siblings - children of Punaji Mahurle of Owala, who died in a tiger attack. The family has not been able to cultivate its land since April 2006 because of tiger terror. Pic: Aparna Pallavi.

In village Owala, a few kilometres off on the other side of the NagpurMul road, 19-year-old Hemraj Nikode was killed on 28 November 2007 while plucking beans in his own field. His father Ramdas Nikode is baffled too. He was in the open field plucking beans. His mother was close by, with just a bush between them, when the attack happened. The tiger dragged Hemrajs body into some bushes before dropping it after his mother Sitabai gave chase.

Cattle are under severe risk as well. On 5 August, Tiger attacks led to seven cows belonging to a single herd being killed in the Alewahi beat of the forest adjoining Kharkada village in the Talodhi range, reported Vivek Deshpande in The Indian Express on 13 August.

More and more, in the forest ranges close to Tadoba Andhari Tiger Reserve (TATR) in Chandrapur, the tiger is refusing to play by 'the rules'. The forest ranges of Brahmapuri, Nagbhid, Talodhi, Mul and Shioni in the Brahmapuri and Chandrapur divisions have been terrorised by repeated tiger attacks for the last two years now. According to the state forest departments figures, no less than 31 people have been killed in these areas between April 2005 and April 2008, besides several times as many attacks on cattle and also a number of cases of injury.

The reason for this spurt in attacks eludes the local people and the forest department alike. Following the theory about the existence of a man-eater, the department eliminated a tiger in the Talodhi range on 30 November 2007, but that has not stopped the killings. Senior officials, including field director Shehsrao Patil and Principal Chief Conservator of Forests (PCCF) Wildlife, Maharashtra State B Majumdar, are floating theories regarding the possible presence of sub-adult males or females with cubs in the area, but finally admit that there is need to gather more information before anything definite can be said.

But both the department and conservationists working in the area vociferously insist that human infiltration, in the form of local villagers going into forests for grazing, collecting non-timber forest produce (NFTP) and so on, is the lead cause of damage to forests and man-animal conflict. The unanimous opinion appears to be that it is irresponsible for the local tribal populations to venture into the forests.

Says Majumdar, What I dont understand is why a woman would risk her life for Rs.45 worth of firewood instead of getting work under NREGA where she will be paid a better wage, have better working hours, crèche facilities and so on?

In Jankapur, 50 per cent of the people have not been able to cultivate their lands for two years in a row because the lands are located close to forest areas or within forests.

•  Relocation of tigers to Sariska proceeds, ami
•  Resettling people to protect the tiger

Forest officials are ready with stories about how irresponsible locals go into forests, ostensibly with the intention of getting killed. Conservationist Poonam Dhanwatey tells this correspondent an incident described to her by a forest guard. This guard warned a woman who was entering a forest area that a tiger was around. He even showed her a pugmark. But she merely wiped the pugmark off with her foot and walked right in.

Arun Tikhe, Range Forest Officer, Mul, makes his own contribution. I had to hold many meetings in the villages to warn people about the tiger threat. But they simply do not take it seriously. Once a death happens, people are cautious for a fortnight, and then things are back to square one.

But residents of the area oppose these arguments strongly. We have lived in forests and coexisted with tigers for generations together, says Mandabai Yerame of village Khatera in Shioni range. We have always gone into forests for firewood, grazing and NTFP. But tiger attacks have started only in the last few years. Mandabais husband Devidas Yerame was killed while walking home through a forest on 25 February this year.

In fact, insist residents, the terror of tiger attacks has caused significant damage to peoples economies in the area. In Jankapur, where several tiger attacks have caused four deaths, one case of injury and many losses in terms of cattle and goats, 50 per cent of the people have not been able to cultivate their lands for two years in a row because the lands are located close to forest areas or within forests.

In Owala, the family of Punaji Mohurle, who was killed in an attack in April 2006 while collecting mahua, has not been able to cultivate its 2.5 acres of land which is located inside forests in the last two crop seasons. Punajis son Dharmaraj points to a motor pump and other farm implements rusting in a corner of the courtyard. We had to bring all this home, and we are now surviving on casual labour. He says that quite a large number of families are unable to access their lands due to the tiger threat.

In all villages where tiger attacks have happened, income from forest produce has dropped sharply because people have stopped going into forests whenever they can avoid it. Traditionally the tribal residents of these areas collect large quantities of mahua every year for sale, fodder and food supplement, but this year hardly anyone has had enough mahua to sell. Says Shyamrao Ichkape of village Balapur Talodhi, Every family used to earn around Rs.3,000 to 4,000 annually from the sale of mahua. But this year we do not have mahua even for consumption at home.

The only reasons that people continue to go into the forests for are the most unavoidable  firewood and grazing. We and our cattle cant survive at all if we stop grazing and collecting fuelwood. The cost of kerosene and market fodder are beyond our reach, says Baby Bai Randive of village Ursla Chak in Mul range.

On 31 December 2007, 47-year-old Shobha Wagh of this village was killed while collecting firewood. The village has also seen an extraordinarily high number of cattle deaths at the hands of tigers and leopards. On Holi day this year alone, three goats were killed by carnivores, informs Baby Bai.

Residents also point out that large scale deforestation has happened in this area in the name of development and commercial plantations. In Jankapur, Pritam Meshram, tiger attack survivor, says that last year the villagers collectively lost around 1,200 acres of agricultural land, including its gairaan  part of village commons used for grazing  to a canal of the Gosekhurd dam that is currently being dug in the area, parallel to the Nagpur-Mul road. A lot of thick natural forest has also been felled for the purpose.

In the Adyal Mendha area adjacent to the village, an additional 1,200 acres of agricultural land and a like amount of forest land are being acquired for a power-house which is to come up beside the canal. 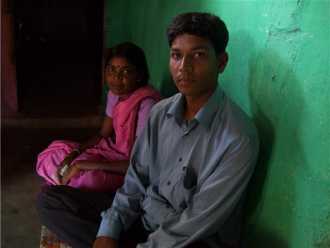 The forest department officials are always telling us not to go into forests, says Ganpat Kokode, who was a witness to the latest attack in which two people were killed. But if they take away our agricultural and grazing lands, what option do we have but to go into forests?

In village Balapur Talodhi, Suresh Tulsiram Waghade, whose wife Surekha Waghade was killed by a tiger while collecting fuelwood in the forest 16 months back, says that both agricultural and forest land have been acquired for the canal. He also informs that in the Jogitala area close to the village, the forest department is felling natural forests to plant teak over large areas.

Destruction of natural forests for commercial plantation is being carried out at quite a large scale in this area, report villagers. In the Adyal Mendha and Wartala areas large patches of natural forests have been felled by the forest department for this purpose. They are planting trees in straight rows, so that you can see right down the entire length of a row. Tigers need dense and irregular natural forests. They cant hide in beats, says Pritam.

When asked to comment, forest officials are off-hand and dismissive. PCCF wildlife, Maharshtra, B Majumdar, says, Plantation work is routine and does not harm the forest cover. Irrigation projects do not damage the forest as much as insidious factors like growth in population and number of cattle heads, causing grazing in forest areas to go up.

But can grazing, firewood collection and such other human activity really compare with destruction of thousands of acres of natural forests? No one in official circles is willing to answer this question. The other vital question to which neither the forest department nor conservationists have an answer is, why are tiger attacks rising in these areas, which are located adjacent to the TATR, while inside the reserve tiger counts have been static and local media reports suggest that a Sariska-like situation is expected in a few years time?

Meanwhile, the complex and multi-layered conflict in the area  of which the man-animal conflict is just one aspect -- is expected to intensify in the coming months as the Government of Maharashtra is contemplating the extension of the boundary of the TATR, which has been recently notified as Critical Tiger Habitat. Many villages in the tiger-attack prone area, located adjacent to the eastern border of TATR, are likely to be displaced. Of the many stakes involved in this conflict, the ones set to be the hardest hit appear to be the tiger and forest dwellers.