The republic of India bans books with a depressing frequency. Lower courts and even some high courts have been accomplices in this stifling of free speech, writes Ramachandra Guha.
30 July 2011 -

Earlier this year, the Gujarat government banned a book on Mahatma Gandhi by an American writer. The book was not then available in India, and no one in Gujarat had read it. The ban, ordered by the chief minister, Narendra Modi, was on the basis of a tendentious news report and a still more tendentious book review.

After Modi announced his ban, the first instinct of the government of India was to emulate him. Congress spokesmen called for a countrywide ban. The then law minister, Veerappa Moily, indicated that he would follow their lead. There was a spirit of competitive chauvinism abroad; how could the Congress allow a non-Congress politician to claim to be defending the reputation of the Mahatma?

In the event, the government of India did not enforce a ban on the book. This was principally because of two quick, focused interventions by Rajmohan Gandhi and Gopalkrishna Gandhi. Both are grandsons of the Mahatma; both, besides, are scholars and public figures in their own right. Rajmohan and Gopalkrishna wrote signed articles in the press saying that a ban would be contrary to the spirit of Gandhi, a man who encouraged and promoted debate; it would also call into question India's claims to be the world's largest democracy.

A ban makes news; the withdrawal of a ban does not. Gandhi scholars in particular, and Indians in general, owe Rajmohan and Gopalkrishna a debt of gratitude, for pressurising the government to allow the free circulation of Joseph Lelyveld's The Great Soul in 27 states of the country. It remains illegal to own or possess a copy of the book in the 28th state of the Union, which happens to be Gandhi's own.

By banning the book before it was available, Modi thought he could camouflage his sectarian leanings in the protective cloak of the Mahatma's pluralism. In the event, once the government of India - bowing to the sensible advice of Gandhi's grandsons - allowed the free circulation of the book, the fact that it is not yet legally available in Gujarat only exposes the insularity and xenophobia of that state's chief minister.

Sadly, the bravery (and decency) of Gandhi's grandsons has not been emulated by defenders or descendants of some other great men of modern India. Consider the fate, within India, of a biography of Sri Aurobindo written by Peter Heehs. Heehs is a real scholar, the author of several substantial works of history (among them The Bomb in Bengal). What's more, he was for many years in charge of the archives in the Aurobindo Ashram in Pondicherry. 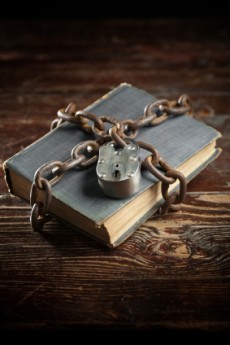 We owe Rajmohan and Gopalkrishna a debt of gratitude, for pressurising the government to allow the free circulation of Joseph Lelyveld's The Great Soul in 27 states of the country.

In 2008, Columbia University Press in New York published Peter Heehs's The Lives of Sri Aurobindo. The product of a lifetime of scholarship, its empirical depth and analytical sharpness is unlikely to be surpassed. For Heehs knows the documentary evidence on and around Aurobindo's life better than anyone else. He has a deep knowledge of the political and spiritual worlds in which his subject moved and by which he was shaped.

Alas, this remarkable life of a remarkable Indian cannot be read in India. This is because of an injunction on its sale asked for by self-professed devotees of Aurobindo, and granted by a hyper-active high court in Orissa. Heehs's book is respectful but not reverential. He salutes Aurobindo for his contributions to the freedom struggle. Before Aurobindo, writes Heehs, "no one dared to speak openly of independence; twenty years later, it became the movement's accepted goal". He praises Aurobindo's contributions to literature and philosophy. However, Heehs is gently sceptical of the claim that Aurobindo possessed supernatural powers. "To accept Sri Aurobindo as an avatar is necessarily a matter of faith," he writes, adding that "matters of faith quickly become matters of dogma".

This understated, unexceptionable statement drove the dogmatic followers of Aurobindo bananas. Some devotees filed a case in the Orissa High Court, restraining the Indian publisher from circulating the book in India. Other devotees filed a case in a Tamilnadu court, seeking the revocation of Peter Heehs's visa and his extradition from this country. By these (and other) acts, the contemporary keepers of Aurobindo's flame showed themselves to be far less courageous than the grandsons of Gandhi. Is their icon so fragile that he can be destroyed or even damaged by a single, scholarly, book?

Consider, next, the case of The Polyester Prince, a book about Dhirubhai Ambani published in 1998 by an Australian journalist named Hamish McDonald. This was no work of scholarship - slight in weight and substance, it was yet noteworthy for its documentation of the intimate connections between a successful entrepreneur on the one side and senior politicians and government officials on the other. The book was not sold in India - for reasons never made clear, but which certainly had something to do with the thin skins of the subject's descendants.

In fact, it was almost impossible to get a copy of The Polyester Prince outside India as well. Someone - we may speculate who or whom - had apparently bought up and pulped the remaining stock. The few available copies were selling on internet sites for upwards of $500 a copy. Last year, the book was issued in a new edition, and with a new title. Now called Ambani and Sons, it contained some fresh chapters on the next generation of the family. However, many critical references to politicians and to the Ambanis themselves, present in the original edition, had been dropped. This was the price asked for by an Indian publisher in exchange for the rights to distribute the book in this country.

As these cases illustrate, the republic of India bans books with a depressing frequency. Three factors promote this culture of banning. First, the descendants or devotees of biographical subjects are often too nervous or insecure to have them discussed with objectivity and rigour. Second, these fanatical or insecure followers have found an ally in the courts. Although the Supreme Court has tended to act on the side of the freedom of expression, lower courts have been less wise. Judges who are malleable or publicity-hungry pass injunctions forbidding the free circulation of books and works of art. Few petitioners have the time, or money, or energy, to wait and fight till the case reaches the Supreme Court (a process that can take years). A ban once invoked is therefore rarely revoked.

The third and most significant reason for the proliferation of bans is the pusillanimity of our political class. An early example was the ban on Salman Rushdie's The Satanic Verses by Rajiv Gandhi's government in 1989. As the historian, Dharma Kumar, wrote at the time, the ban was "a sign of the Government's weakness. In a secular state blasphemy should not in itself be a cognisable offence; the President of India is not the defender of any nor of all faiths".

In subsequent years, governments and politicians of all stripes have recklessly banned books, films, and paintings that simply express a point of view. The Left Front in Bengal promoted a ban on the novels of the brave Bangladeshi writer, Tasleema Nasreen; Narendra Modi has banned a book on Jinnah as well at least one film by Aamir Khan; the party of Sharad Pawar in Maharashtra was instrumental in a ban on a scholarly book on Shivaji; rampaging bands of Hindutvawadis destroyed paintings by M F Husain and, by filing case after case against him in the courts, forced him into exile.

It is a sorry tale, this tale of cowardice in the face of intimidation. Lower courts and even some high courts have been accomplices in this process of the stifling of free speech. So too have been politicians of all parties and governments. Indian democrats may take solace in the few exceptions: these being the institution of the Supreme Court, and those public-spirited public figures, Rajmohan and Gopalkrishna Gandhi.