A man to match his mountains

Chandi Prasad Bhatt said that for him every river was a Ganga, a source of life and renewal, abused or ill-treated at one's peril. His work has been an education for others, writes Ramachandra Guha.
25 September 2011 -

The importance of the India International Centre in New Delhi is gauged, in part, by the number of armed security men who pass through its portals. These come to accompany - and, one supposes, protect - the big shots, the fat cats, the ministers and MPs and ambassadors and generals who wish to be seen at a place located, in every sense, at the centre of power and influence. These dignitaries come to 'dignify' the talks and seminars and book releases that the IIC plays host to through the year.

Whether substantive or ceremonial, these meetings at the IIC are almost always in English. Very occasionally, however, one hears a talk in Hindi. Such was the case when the writer, Nirmal Varma, and the philosopher, Ramchandra Gandhi, were alive; both were regulars at the IIC bar and at the IIC's lecture podium. The memory of Ramu and Nirmal, of the exquisite Hindi they spoke and of the lack of ceremony that accompanied them, were revived in a function held recently in the IIC's auditorium.

The function was ostensibly a book release, to mark the appearance in print of a work entitled Parvat Parvat Basti Basti. But it turned into a celebration of the book's author, the great pioneering environmentalist, Chandi Prasad Bhatt. Bhatt is best known for having been (in the words of his fellow Gandhian from Garhwal, Sunderlal Bahuguna) the mukhya sanchalak, or chief organizer, of the Chipko movement. As the first major environmental initiative of the poor, the influence and impact of Chipko has resonated down the decades and across the oceans.

Yet Chandi Prasad Bhatt was, or is, more than the founder of Chipko. His contributions have been manifold. He both opposed deforestation and promoted afforestation, motivating women to revegetate hillsides made barren by the careless hand of man. He initiated producers' co-operatives, generating off-farm employment for peasants excessively dependent on the monsoon. He inspired young men and women in Uttarakhand, and beyond, to devote themselves to a life of service. All through, he has displayed a complete indifference to fame or monetary reward. In contemporary India, few people exemplify the Gandhian ideal of disinterested service as nobly as Chandi Prasad Bhatt. 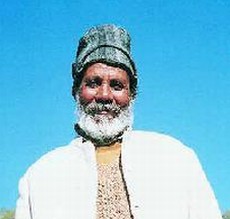 Bhatt told his younger colleagues that the cadres and silent workers in a social movement were as important as the leaders (Picture from www.paurigarhwal.com).

•  Whither the Chipko years?

That day at the IIC, Bhatt's example was spoken of by scholars and activists who had the privilege of knowing him over the years. The first speaker was the respected environmental writer, Anupam Mishra. Many decades before the publication of Parvat Parvat Basti Basti, said Mishra, Chandi Prasad Bhatt wrote a book which contained only one word with three syllables - Chipko. When Chipko started, in 1973, there were no 24/7 news channels. Even newspapers took three or four days to reach the interior of Garhwal. And yet the message of Chipko rapidly spread. The book of one word with three syllables written by Bhatt was to be inscribed across the hills and valleys of the Himalaya, across India, and across the world.

Mishra was followed by Ramesh Pahadi, a senior journalist based in Garhwal. Bhatt, said Pahadi, was generally praised for his work in the environmental field. Few knew, however, that he was a radical social reformer from long before he founded the Chipko movement. Born in an upper-caste home, into a family of temple priests, Bhatt was the first Brahmin in the locality to speak with and eat with Dalits.

The next speaker, Sunita Narain of the Centre for Science and Environment, recalled how she met Chandi Prasad Bhatt through her colleague, Anil Agarwal. Chandi Prasad taught Agarwal (and others) that Chipko was not just a fight for protecting forests and environment, but a struggle for protecting and renewing livelihoods. It was a fight for social dignity, and for political emancipation. The call of Chipko, said Sunita Narain, was relevant to the environmental and social conflicts of the present day, those stoked by controversial projects such as Posco and Vedanta.

In medieval times, Chandi Prasad Bhatt's native state of Uttarakhand was divided into the rival chiefdoms of Garhwal and Kumaun. Himself from Garhwal, Bhatt has had an enduring influence on the other side, as narrated by the celebrated Kumauni historian, Shekhar Pathak. In 1977, Pathak was jailed for his part in a student protest; not long after his release, Bhatt came knocking on his door. The younger man was then a Marxist firebrand, and suspicious of Gandhian social workers. He was quickly won over by Bhatt, who inspired him to set up a collective project of research and documentation that, in the years since, has produced a stream of valuable and often authoritative books and reports on the state - social and natural - of the Himalaya.

Pathak was taught by Bhatt to think of the Himalaya as being more than Mount Everest and Nanda Devi. The Himalaya was also the smaller peaks and hills, and the valleys and hills in between. In the same manner, Bhatt told his younger colleagues that the cadres and silent workers in a social movement were as important as the leaders. Pathak also spoke of Bhatt's wider, pan-Indian vision, as in his travels through Bastar in 1987, which resulted in a precocious warning, outlined in a long letter to the then prime minister, Rajiv Gandhi, that Maoists would gain in influence if tribal concerns were not attended to forthwith.

After his admirers had spoken, Bhatt was given the right of reply. He had, he said, been taught in the Sarvodaya movement that among the things to eschew, apart from drinks, drugs and so on, was the hearing of self-praise. Known now for founding a globally famous social movement, Bhatt recalled his first struggle, back in the late 1950s, which was to stop bus companies in Garhwal from extorting higher rates from pilgrims.

The conductors and drivers knew which passenger was from Garhwal and who was from the plains. The former were charged the standard rate; the latter, double or triple that. When Bhatt and his colleagues tried to stop this practice - or malpractice - the bus owners asked, why are you complaining, these passengers are from Kerala and Rajasthan, not from here. This then was his first struggle, a local and unglamorous struggle, albeit a struggle emphasizing his capacious, pan-Indian vision.

Parvat Parvat Basti Basti collects Bhatt's essays over four decades. There are essays here on Bastar, the Godavari basin, Arunachal, Kashmir, and the Andamans. There are accounts of his visits to Latur and Gujarat after the earthquakes in those places. These essays display his deep understanding of society and nature, and of the threats posed by more powerful interests to the lifestyles and environments of rural communities.

Speaking at the IIC, Bhatt said that for him every river was a Ganga, a source of life and renewal, abused or ill-treated at one's peril. His travels around India were for him the work of education (shiksha ka kaam). His own work has been an education for others. For in his own quiet, understated way, Chandi Prasad Bhatt has had a deep influence on very many scientists, scholars, journalists, forest officials, and, not least, younger social workers.

I myself first met Chandi Prasad Bhatt exactly 30 years ago. My encounters with him, and my studies of his work, have had a profound impact on my intellectual evolution. Because of what Bhatt has done, and because of what people like Bhatt (not least his namesake Ela of Ahmedabad) can do, I do not despair altogether of my country. Because of them I think India can, with the steady, patient work of selfless reformers, yet be made a nicer, or at least less brutal, place.

My own regard for Chandi Prasadji is conveyed in one simple fact - that when he calls and I recognize his number on my cell phone, I stand up immediately. I live in Bangalore, and he speaks from Garhwal. My gesture, a reflex action really, speaks of my reverence for him; as probably the most noble Indian I have known, and, with the exception only of the late Shivarama Karanth, also the most remarkable.