The proverbial casting couch phenomenon has been a reality over the years since women made their foray into the world of films and entertainment. As the industry joins in celebrating Women’s Day, Shoma Chatterji explores if more of its women remain victims, rather than complicit 'sinners'.
07 March 2014 -

“Degi Kya?” asks a filmmaker of an assistant who approaches him to espouse the cause of a young girl aspiring for stardom. He brushes away her talent and beauty with two simple words. This scene from Madhur Bhandarkar’s Page 3 exposes the ugly face of stardom, especially for the female of the species. The starlet, who refuses to compromise, is seen cavorting with the same filmmaker later in the film.

Interestingly, Bhandarkar himself happened to be in the eye of a storm when an aspiring starlet Preeti Jain accused him of ‘using’ her under false promises of marriage. Why did the furore against Bhandarkar fade away with the girl being made to look as if she was making false accusations? Because Bhandarkar was famous and powerful, while no one had heard of Jain till she came out with this accusation.

Bhandarkar eventually gave up his plans to go ahead with his film Casting Couch, a logical extension of Page 3. But the issue came out in a later film Fashion.On the eve of Women’s Day, it would be interesting to explore the contradictions that sustain, to find out whether women are still more sinned against than sinning in the field of glitz and glamour.

What exactly, is the ‘casting couch?’ During the so-called 'Golden Age' of Hollywood, it was not uncommon for would-be-stars to grant sexual favours to directors and/or producers in return for a role. These favours were usually rumoured to be granted on a couch in the filmmaker's office. This is how the phrase "Casting Couch" came to be popularized. Though the practice is veiled with a conspiracy of collective silence and concealed under thick layers of celluloid hypocrisy, the term and the practice are rampant still.

Young girls, and even young men who aspire for a career in films or modelling or politics, often become cry-babies after any incident, screaming their lungs out against men in the industry – from the producer to the make-up man - who allegedly forced themselves on the aspiring youngsters.

The fact, however, is that the casting couch is structured into the construct of the careers described above. In most cases, therefore, nothing comes of these complaints because the perpetrators, more powerful than their so-called victims, run scot free claiming that it was consensual sex and there was no force involved. 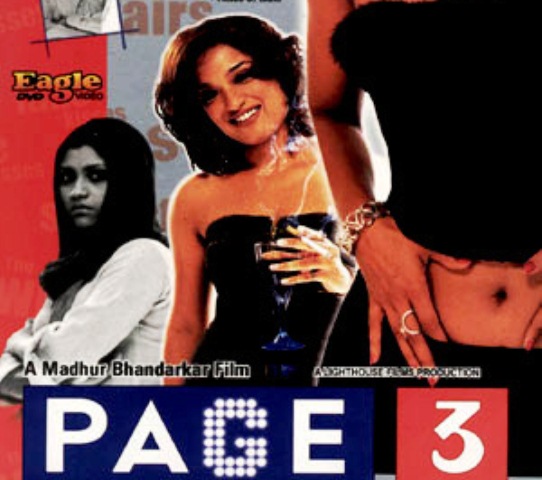 The word ‘consensual’ is an adjective derived from the noun ‘consensus.’ Its origins are traced back to the mid-18th century: from Latin consensus 'agreement' (from consens- 'felt together, agreed', from the verb consentir.) But language is a tricky game, where words often have subjective interpretations that differ from person to person and from place to place while in some cases, over a period of time, they acquire definite meanings. The word “consensual” has almost exclusively come to be associated with two or more people who mutually agree to sexual activity, the agenda unknown.

The lines between consensual sexual activity and forced sex sometimes overlap or get blurred and ambiguous. The main difference between sexual harassment at the workplace and the casting couch lies in the difference between forced sex and consensual sex. But there is another line of demarcation too. The casting couch is operational much before one even steps into a given field of work, in this case films and jobs in the entertainment industry. Sexual harassment involves victims who are already working in an organisation and probably depend on it for their sustenance.

Workplace abuse is most common when a man senior to the woman in the organisation, holds her job to ransom as he pushes her to compromise on sexual favours. One cannot be judgmental if the woman agrees, because there may be extraneous forces at work that compel some women to adjust to sexual demands. A daily-wage labourer at a construction site is forced to sleep with the supervisor because if she does not, she will be thrown out of the roster. She has children waiting to be fed and clothed and sheltered. This can happen to a single woman working in a bank or anyone in a similar situation.

However, when an ambitious woman greedy to be promoted to the next higher post in the hierarchy finds that this entails unwritten compromise of a sexual nature, and when she agrees to such compromise, then she has engaged in consensual sex. She accords top priority to the promotion and less to the fact of unsavoury conditions being thrust upon her. She  had the option of quitting her job and finding another. But she did not take it.

“The casting couch is no myth. It exists, though its relevance and power have been magnified. A lot of starlets fall onto the 'couch' and get signed repeatedly by one producer or the other,” writes a veteran journalist on first-name terms with top stars of Bollywood.

Many years ago, Parveen Babi, when asked whether she was a virgin, retorted “There are no virgins in filmdom. If you believe there are, you would still find men doing female roles.” Veteran actress Nadira said that the word ‘industry’ linked to films gave it a dignity it does not deserve. “It is a racket, not an industry,” she said.

Yukta Mukhey, whose career in films and modelling did not go the way her beauty title did, went on record to say that “the casting couch does exist and it depends on the person concerned to surrender or to opt out.” Among the quitters, one recalls Savita Dhanrajgir, a beautiful model from a royal family who wanted to make it big in films. She recorded her bitter experience about the casting couch where one had to go bed hopping, from financier to producer to director to hero.

The small ones do it for any role. The big names do it for plum ones. In Clap-Trap, a documentary on junior artistes, Jill Misquitta shows how female ‘extras’ are sexually exploited by the middlemen who give them their daily contract.

Some years ago, actors Shakti Kapoor and Aman Verma were caught on India TV through a ‘sting operation’ asking sexual favours from aspiring starlets while promising roles to them. The issue fizzled out raising questions about its authenticity on the one hand, and its sensational value on the other. The show generated a heated debate about the invasion of privacy and the ethics of prying surreptitiously into their private lives through clandestine cameras. But it also brought into focus the presence and practice of the casting couch.

Reacting to the sting operation on a web magazine, Actor Purab Kohli said, “I have been told that Aman Varma made a remark saying he had to go through it too and I am sure he must be right. The truth is that the casting couch is not restricted to female artistes alone, it is applicable to the boys as well. I have known male actors who have had to make compromises in order to bag roles.”

Filmmaker Tanuja Chandra too said, “When I first saw the show, I felt it would caution young girls who are naïve and prone to exploitation. Later I realized that it was orchestrated to reach a certain conclusion in order to boost up the TRP ratings of the channel. I don't see why it should generate shock value.” According to her,  the practice has been in existence for years before Shakti Kapoor came in to the picture. Besides, it is not confined to the film industry alone. It happens in all the echelons of power, even in religious institutions.

The casting couch, feels Chandra, is psychological power play, giving the man the upper edge but it is totally subjective, as long as it does not amount to force. If a particular woman feels that it does not involve trading too much in return for what she is getting, it is entirely her prerogative. At the same time, “if people were to go places in life by trading sex, there would have been a lot of undeserving people there on the top. Sex cannot get you anywhere as much as talent and hard work can," she adds.

A young girl has the option of walking out when someone within the film industry makes a pass at her. But in most cases. by the time the girl actually reaches the door of the producer/director/financier, she is desperate to get in, never mind the price she now knows that she must pay, just to get through that door. After having cooled her heels at producer’s offices, living off salads for months, preparing for endless auditions, the quid pro quo for a role in his film does not seem to be too heavy a price. During the long months of waiting, she has learnt the hidden rules of the game and somewhere along the way, her defences come down, her values mutate.

Sadly, for every such aspirant who made it to the billboards, there are hundreds of girls who surrendered to the casting couch but ended up streetwalking, or pimping for would-be starlets, or becoming a ‘junior artiste’ in films. But the fact remains that it had been left to her to play the game or quit. Most play the game and a few quit. The casting couch is never empty.

Mae West, a sizzling Hollywood star was known for her famous one-liners. Once, a young girl who saw a large diamond gracing Mae’s neck exclaimed: “Oh my God!” to which, Mae winked at the girl and said, “God had nothing to do with it.”

Where sex is consensual, little is achieved by shouting ‘rape’ and ‘sexual harassment’ from the rooftops to grab attention that will soon go away and leave the woman to face the music of scandal. If it is forced, no one gets to know and no questions are asked unless the woman decides to take her offenders to court and proves that she had been forced against her will. In most of this, the powers-that-be go discreetly silent after the initial heat and the case goes into deep freeze. Forever.