The images of developmental utopia cluster together in our head into a kind of heaven, a secular afterlife of instantly met desires. Rajesh Kasturirangan explores the narrative of development.
30 September 2009 -

I have often been puzzled by the use of the word "development" as a mantra. Development, like governance and sustainablility, is jargon that has spread far beyond its original use as technicalese. As a term to describe economic and social progress, its origins probably lie in some Washington D.C. office, but now development has colonised the minds and hearts of people throughout the world. We cannot have guests over and stay silent about India's development vis-a-vis China or what needs to be done to 'develop' Bihar.

Development is not for dinner table conversations alone; politicians are eager to cast themselves as developmentalists - see Chandrababu Naidu, Narendra Modi, Manmohan Singh. These politicians have yoked their electoral career to their performance along standard development indicators. Finally, there is the old hierarchy of nations: advanced industrial economies, developing economies and underdeveloped economies. All of us are playing snakes and ladders in the game of development; from individuals to communities to nations to the entire world. How did development become so entrenched in our imagination?

One explanation for the popularity of the term is political: development is all around us because it affects policies, uproots people, decides World Bank loans and other important economic decisions. I am not going to pronounce judgment on theories of development here; this newsmagazine, several books and entire social science departments have debated the pros and cons of development, including such topics as the feasibility of large dams and other mega-projects as a driver of development, the role of the Washington consensus in determining policy across the world and our collective worship at the altar of progress.

These are clearly important questions and someone has to address them. There are tales to be told about the coal mafia, the dam mafia and other mafias. I am not the person to tell that tale. These tragedies are the underbelly of development, but there is a vision of a developmental heaven that trickles down to the underbelly. It is true that thieves and bandits will always find a way to exploit new opportunities, but there must be an opportunity to exploit. The Bellary iron ore industry would not exist without demand for steel in China. I am interested in the utopian psychology of development. How did development become a central concept for understanding our place in the world?

One answer I find attractive lies in the way we speak about ourselves and others. Development is usually narrated in the form of a story - from the upwardly mobile middle class person telling his friends about a new car to the tale of India as an emerging superpower. Of course, storytelling is not restricted to our progress on the developmental ladder alone; several other concepts are equally likely to come out of central casting - the nation is another prominent example.

Certain stories capture our imagination. The concepts underlying these stories are more likely to become entrenched, i.e., embedded so deeply into our minds that they become second nature. Entrenchment is used by cognitive linguists to explain how some concepts are more likely to be employed when describing the world around us.

Idiomatic phrases are good examples of entrenched concepts. Jiski laathi uski bhains is used all over north India to describe power relations; 'kicked the bucket' is used in American English to indicate that someone has died. Popular idioms get entrenched in their respective communities, with most adult speakers knowing the meaning of the phrase. Our beliefs about the world are no different; some beliefs are more entrenched than others.

Entrenched beliefs about the nation, society and development are reinforced by powerful stories that individuals and communities tell about life in the modern world. Stories become particularly powerful when they combine strands that are otherwise separate. These stories are rarely explicit, i.e., available to reflection or justification. The average person will be hard pressed to justify her beliefs about caste and communal relations or, for that matter, theories of development. We are unconscious carriers of one development virus or the other.

Nationalism, self-interest and the impression that the Muslim world was a remote "other" were all at play in the American response to the September 11 attacks. Kashmir is such a hot-spot because it stars prominently in the Indian national story - that we are a secular land where people of all religions can live peaceably - as well as the Pakistani national story - as a homeland for all South Asian Muslims. These two stories clash with each other and so do India and Pakistan.

Stories have travelled over the world for millennia - the Panchatantra has had its influence on fairy tales all over the world, but ultimately, the stories of the Panchatantra have roots in the land of their origin. Development is the source of some of the most captivating modern stories, often purveyed by the usual suspects - mass media, movies, books.

Like the Panchatantra, the story of development too has a source. The United States is the promised land of development: a nation of plenty where everyone has enough air to breathe, enough milk to drink and a large house to sleep. Isn't the American dream often stated as "life, liberty and the pursuit of happiness?" But liberty and happiness are elusive terms; their meaning is often tied to a tacit story of development, usually involving high technology. Can we, any longer, imagine liberty without conjuring an image of a fast car or plane that swiftly transports us to a mountainous valley or a tropical beach? Can we imagine happiness without a glass or two of our favourite drink? 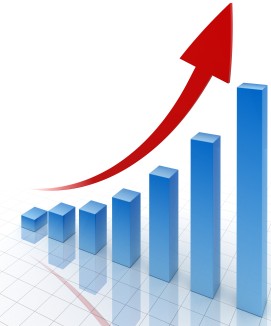 Like the Panchatantra, the story of development too has a source. The United States is the promised land of development: a nation of plenty where everyone has enough air to breathe, enough milk to drink and a large house to sleep.

•  Number crunching wont do
•  Progress, by any other measure

These images of developmental utopia cluster together in our head into a kind of heaven, a secular afterlife of instantly met desires. The traditional metaphor of the 'ladder of development' gives us two stories of progress towards the developmental utopia, one looking up at those people and nations ahead of us, and the other looking down on those who are still struggling.

Secular nirvana sits at the top of the developmental ladder. Imagine, for a moment, a mental fusing together of advertisements for clocks, clothes, soap, car and computers. A developed man - usually fair skinned - wakes up in the morning, reaches for his alarm clock, runs into his ultra-clean bathroom from which he emerges even cleaner and fairer than he was before, slips into a smart suit and then drives his air-conditioned car to an airy glass-covered office. There is no sign of dirt, sickness or poverty; no wonder the whole dream has a halo around it.

I am exaggerating somewhat but the rough outlines of developmental heaven are, I believe, recognisable in my description. Developmental heaven has many of the trappings of traditional religion, except that it goes one step further - everything you want in heaven is available now, for a small price. I think of this as the jivanmukta model, where a human being can achieve liberation in this very lifetime. Who wouldn't want that? There is a reason why traditionalists the world over distrust the soft power of western culture, for the American dream is indeed a powerful dream.

Then, there is the Bodhisattva model of development. A Bodhisattva is a person one step removed from full enlightenment, a Buddha-minus-one who has renounced nirvana to work for the welfare of all sentient beings. While complete and final development is the universal aspiration, the end of history and the beginning of the afterlife rolled into one, we all know that there are all too many suffering beings who are far from developed. What can be done for these unfortunate souls?

The true developmentalist believes that development can reach the remotest corner of the earth. Light shall defeat darkness as soon as relatively trivial conditions are met. Education is one such condition: just look at the number of NGO's started with the intent of educating the masses. International Aid is another such condition. These well-meaning efforts are part of the Bodhisattva model of development. The Bodhisattva model is what developed beings adopt when they feel compassion for those who aren't so developed. If you want an image, think of Robert Macnamara or Jeffrey Sachs wearing an ochre robe.

There are also the negative stories of development, the tales of greed and avarice that occur all too often but let us not dwell on these sordid episodes. It is easy to criticise criminality. What about the utopia though? Should we accept developmental heaven as a given, as a common end-goal of all humanity? We might disagree on whether India will become a superpower by 2020 or by 2050 or never, but we don't seem to disagree on becoming a superpower, whether military or economic.

Now that the developmental utopia is accepted by all, two deep problems have emerged. I find it problematic that there is almost no public discussion of the heavenly state. Are we certain that we want to end our lives in developmental heaven? More importantly, what means are allowed in the process of transporting us from where we are now to the end-goal?

The frightening thought is that once there is consensus on the end-goal, all means become acceptable. The coal mafia and the dam mafia aren't sidebars to the larger, heroic story of development. It is no accident that Robert Macnamara went from Ford to the Defense Department to the World Bank. Systemic violence is a necessary consequence of the developmental revolution, and like most revolutions, it is a revolution of the faithful. Before we blame goondas and politicians for our woes, we should rethink the underlying dream.