The Empire strikes back - and how!

The original report on 'paid news' of the Press Council of India sub-committee is relegated to the archive. Then too, it does not even appear on the PCI's website, writes P Sainath.
05 August 2010 -

Presented with a chance to make history, the Press Council of India has made a mess instead. The PCI has simply buckled at the knees before the challenge of 'Paid News.' Its decision of July 30 to sideline its own sub-committee's report - which named and shamed the perpetrators of 'paid news' - will go down as one of the sorriest chapters in its history. A chapter that will not be forgotten and the impact of which causes immeasurable damage to the fight against major corruption within the Indian media. A chapter that saw the PCI back down in the struggle against the suborning of the media by money power; though its 'final report' pretends to fight it in a flood of platitudes. And a chapter that does grave damage to the image and credibility of the PCI itself. Leave aside for the moment the harm it has done to the public interest. Or to the future of the Indian media as a free and honest institution.

Tragically, the Chairperson of the Press Council who firmly supported the exposure of the paid news offenders was outgunned by a very powerful publishers' lobby. The latter had its way by a slim majority. Justice G.N. Ray was all along for the sub-committee report (which named and shamed the guilty) being annexed to the 'final' one. He now finds himself saddled with an 'official' position that was not his but which he must defend as his own.

No scandal has rocked the Indian media more in recent decades than that of paid news. Most of all when it emerged during the last Lok Sabha and subsequent Maharashtra polls that hundreds of crores of rupees had been spent to buy 'news' in large dailies and television channels. Major parties and candidates overshot poll spending limits many times over on this one expense alone. It was and remains a nauseating form of corruption. As Vice-President Hamid Ansari so succinctly put it, paid news not only undoes the basis of a fair and balanced press, it undermines the democratic electoral process in a profound way.

Outrage grew over the idea of the media acting as extortionists - the very term that many a candidate used to describe the practice of 'paid news' during the last Lok Sabha polls. Indeed, a few top politicians complained of it in those terms. The political class did not, as some imagine, go out and 'seduce' the media. The media went out and sought 'package deals' with them whereby they forked out huge sums of money - or were simply blanked out of the coverage of the paper or channel. The 'selling' points were: this way, you can spend as much as you like and not get caught by the Election Commission of India for mocking the spending limit. This way, you are able to take your campaign to millions of voters - for millions of rupees. You can also have your opponent blanked out - or trashed, if you pay that little extra. And neither you nor we attract the taxman's knock on this all-cash transaction.

Acting promptly at the time, the Press Council of India suo moto set up a sub-committee to probe the phenomenon of paid news. The two-member sub-committee of Paranjoy Guha Thakurta and K. Sreenivas Reddy produced a devastating report (see The Hindu April 22, 2010). One that observed all the norms and ethics you could demand of such an exercise. It did not carry a single allegation without full attribution. It took no recourse to 'sting' journalism, going for a thorough inquiry instead. It spared no effort to obtain the responses of the groups accused of playing the paid news game. Laying the charges squarely before them, it gave them ample right of - and space to - reply. It recorded depositions from scores of individuals. In one instance, a media organisation apologised for what it had done. In another, a candidate from Andhra Pradesh placed on record the results of his own 'sting' operation against a major media group. Some of these depositions were in the form of affidavits. 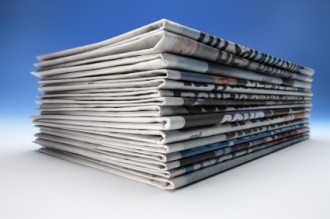 The political class did not, as some imagine, go out and 'seduce' the media. The media went out and sought 'package deals' with them.

The sub-committee finds passing mention in the 'final' report. Its outstanding effort stands reduced to a footnote (yes, a footnote) in that report. The footnote says the sub-committee's report "may remain on the record of the Council as a reference document." That's right. It goes to the archive. There is no sign of this "reference document" on the website of the Press Council. This is the standard the PCI sets for the Indian media!

And so a 'full' drafting committee got to work on a 'final' report. Over the months since the scandal hit the fan, some members of the PCI - mainly those representing media owners - worked to scuttle the explosive original report. They had two basic issues with it. First: Why name names? Why get into the ugliness of that? Fascinating, at a time when the media are baying for names and blood on the corruption in the Commonwealth Games scam. So first, we now have a double standard: exposure for corruption in the Games, privacy for it within the media. Secondly, they fiercely opposed any reference to the Working Journalists Act. In this, they acted as owners and employers. Not as members of the PCI guarding the integrity of the press and its standards.

Both these issues have been ruthlessly purged from the final report. And one more has been gutted. So, there is not a single name of any of the known offenders. The practitioners of paid news get away without public exposure. Secondly, all references to The Working Journalists Act have been erased. This despite the fact that the sabotage of that Act by the use of the contract employment system has played a major role in curbing the independence of journalists, forcing them to toe the management line. Again, reduced to a footnote - the only other one in the report. This reads: "It also decided that the issue of strengthening the Working Journalists Act be taken up separately."

Thirdly, the system of 'private treaties' is dismissed in two sentences. Never mind their role in setting the stage for paid news. One of those sentences simply says this was "brought to the notice" of the PCI by the Securities Exchange Board of India (SEBI). Private Treaties were the subject of discussion long before SEBI's excellent letter to the PCI (see The Hindu June 19, 2010). Surely, the SEBI letter ought to have been an annexure to the report?

The authors of the sub-committee report were willing to have their extraordinary effort attached as an annexure to the 'final.' However odd the idea, at least that way it could see the light of day. But even that was quashed.

The differences between the full report of the sub-committee and the 'final' report of the Press Council are many. The first (36,000 words) was based on painstaking investigation, inquiry, research, interviews and depositions. The second (less than 3,600 words) was based on hot air. In fact, little more than a group of people gutting an inquiry they did not work on and did not want. Any substance it has is drawn from the original. For instance, the section on recommendations. The rest is a heavily-watered down, crudely amputated version of the real thing. Worse, this censorship carries the stigma of a very questionable vested interest: to conceal the names and identities of the main practitioners of paid news from the general public. Thus a body entrusted with "Preserving the freedom of the Press and improving the standards of press in India" has set an appalling standard. The guardian of press freedom stands as an arbitrary censor of truthful journalism. It has acted less like the 'watchdog of the press' that its ideals call for. And more like the lapdog of the powerful media owners who stood to be exposed by the report of its own sub-committee. Indeed, the first signal of the PCI's action is to those powerful forces: don't worry, you're safe. We've fixed that.

To say we have not suppressed the sub-committee's report, we have merely relegated it to our archive for reference, is to add infuriating insult to injury. To praise the authors of the original (as happened in its July 30 meeting) for their effort and then gut the result of that pioneering work, was hypocrisy of a high order. To then present the mangled remains as a guide to fighting paid news eclipses even that benchmark of insincerity. The public surely deserve better. Those publications and channels that were not part of this ugly enterprise of paid news ought to act. For a start, they can put up the 'reference' document on their websites and call public attention to it with headlines, not footnotes.