In search of quality care

The public's perception that government facilities and services are poor has led them to abandon these in favour of private providers. But those are not necessarily better, writes R Balasubramaniam.
31 December 2012 -

A few days ago, a watchman at my apartment community in Mysore consulted me on his son's illness. He wanted me to refer him to a good physician. I immediately told him to to go to a doctor I know in the government-run K R Hospital. He did not appear convinced, and politely asked me if I knew any doctor in the private sector. My assurances that the government hospital was as good or better than many private hospitals did not seem to impress him.

This is not an isolated instance, I'm sure. Most of us today have lost faith in public systems - whether schools or hospitals. We are convinced that we cannot expect 'quality' in the government system and that 'private' always means better. But is this always true? By way of answering that, let me narrate a few incidents that left me convinced that we not only need an efficient public delivery system, but in the Indian context, they serve a valuable societal function as well.

Dinesh (name changed) was a young 20-year-old living with his parents, brother and sister in Mysore. Coming from a poor family, he had no choice but to discontinue his studies after completing his pre-university course, and found work as a waiter in a hotel to support his family. One day, while traveling with two of his friends on a two-wheeler, he unfortunately met with a accident. He had not been wearing a helmet, and suffered a severe head injury; his skull was damaged and badly fractured.

He was admitted to a private hospital in Mysore, and was kept there for more than two months. After getting his family to spend more than Rs. 8 lakhs, the hospital authorities informed them that the treatment was still incomplete and that they would need another 1.5 lakhs to continue attending to him. The poor family felt cheated, angry, let down and helpless. Not only did they not have the money, but they had also not received the complete and appropriate treatment.

The family turned to everyone for help and the CM's Relief fund granted them Rs.30,000. The hospital, however, was adamant that no treatment could be initiated with partial payment, and insisted on receiving the full amount before restarting their services. A local NGO provided palliative care to Dinesh who was by now bed-ridden and at home. As his condition worsened, the family took him to a teaching hospital locally, where they were advised that he would not live more than a few weeks.

Dinesh died in October this year, a victim of poverty, callous attitude of medical personnel and the indifference of a heartless private health care system that is not regulated, nor held accountable for delivering quality care.

Raghu (name changed) a 32-year-old poor farmer had an altogether different experience. He had fallen from his bullock cart in his village in Mysore district and suffered a spinal injury. He was bed-ridden for three years and was also receiving palliative care from the same NGO that helped Dinesh. A year ago, the staff of the NGO noticed that he was developing very deep bedsores, and they took him to K R Hospital. The nursing and medical staff at the KR Hospital provided full support and took care of this patient with compassion and with no expectation of any 'out of pocket' fees.

Having worked in the Lokayukta investigating complaints of corruption and mal-administration in the Government health care system, I did not believe that this could be possible. I decided to dig deeper, and understand what was happening. I realized, pleasantly, that the patient had been in the hospital for the past seven months, and had four surgeries in that time. The doctors felt that he would fully recover after one more surgery. Most of his sores had healed after the plastic surgery that was done on him. The NGO had trained his wife in making small handicraft articles and the hospital authorities did not mind her preparing them beside the bed of her husband itself. 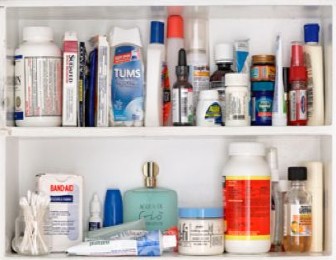 The government, which is supposed to play the role of the regulator, sees its function as merely registering the private establishments and collecting the required fees.

•  Missing: A 'healthy' debate
•  Claiming the right to care

Raghu is now more confident that he can return home fully recovered from his sores, and the rehabilitation therapy that he is now getting will make his life more livable. All this would not have been possible without the constant support, treatment and compassion that he and his family have been receiving from all the staff at this government-run hospital.

There are other examples. Many years ago, I had referred an eight-year-old tribal child with a treatable heart condition to a famous private hospital in Bangalore. They were claiming to offer free heart surgerirs to poor and deserving children. Hopeful of getting high quality care at no cost, I sent this child to this hospital. Sadly, they sent the child back to the tribal hamlet without any surgery, and I never really learned why. All I know is that this child died untreated a couple of months later.

Last year, the field staff of Swami Vivekananda Youth Movement (SVYM), identified six tribal children who needed surgery to correct their heart anomalies. Having been bitten once, I decided that I needed to explore other equally good and cheaper options. I spoke to Dr Manjunath, the Director of the Jayadeva Institute of Cardiology. He asked me to send these children to his center at Bangalore. Within 10 days all these children were back after receiving the highest possible care and not a single rupee had been spent.

One only needs to visit this hospital at Bangalore to be convinced that it is no different from any of the other private hospitals offering similar services. Only difference is that it is very affordable and even free for poor and derserving patients. This hospital in my view is truly a 'heart hospital with a heart in the right place'. It is such hospitals that lend credibility to Government hospitals across the state, and one must recognize the silent work that they do for the millions of poor who approach them for care.

This is important because often it is the public's perception - and not the facts - about quality of care in government hospitals that leads them to choose private care. Surveys show that in Karnataka, more than 80 per cent of the health infrastructure is in the public sector, but only 34 per cent of the patients use them. This gross under-utilisation of public facilities needs attention.

At the same time, there is also the mirror problem - how can private hospitals, with a mere 20 per cent of the total health infrastructure in the state, cater to 66 per cent of the state's population?

Government-run institutions hire and appoint only qualified personnel, unlike the private sector where personnel need not be appropriately qualified. There are several nursing homes that run with nursing and labarotory personnel not having the requied qualifications. Merely wearing a white saree or an apron does not bestow the required qualification!

Very few private hospitals have a rational and well defined pricing policy. Many of them do not provide and disclose information about the services that they are expected to render to patients. Most patients are not aware of their rights and very few of them demand to know all this. Despite the enactment of the Karnataka Private Medical Establishments Act in 2009, there is no regulation of cost or enforcement of quality in many of these private hospitals.

People need to understand that quality is not always directly proportional to the money we spend. As Dr Noshir Antia, the famous doctor remarked, "Things expensive, need not necessarily mean the best." Patients have their rights, and they need to be more discerning and empowered with the information that can help them make the right and appropriate choices.

The government, which is also supposed to play the role of the regulator, sees its function as merely registering these establishments and collecting the required fees. This means many private hospitals get away with poor and unethical practices, and charge exorbitant sums of money for services that need not cost so much. This severely restricts access to the middle class and the poor who have no recourse but to seek out government faciltiies.

The opposite is also true. Many government facilities that do not meet the standards prescribed for them are nonetheless allowed to go scot free, because the government applies different standards of enforcement to its own institutions, compared to private ones. An honest regulator, however, must hold both the public and private sector to the same standards.

We need a government that not only ensures that standards in the private sector are followed, but also enforces them on its own hospitals. This will help build faith among the public in the government health care system. Only when the government walks this talk can it demand accountability and performance from the poorly regulated private health sector too. And only then will the interests of the patient be protected.

Dr R Balasubramaniam is the founder of the Swami Vivekananda Youth Movement. He is the Frank Rhodes Professor at Cornell University, USA. He blogs at rbalu.wordpress.com