Hasmukh Dhumadiya describes the ordeal of residents of Bakshipunch Society in Dwarka, Gujarat, and their efforts in overcoming it.
31 July 2017 -

Bakshipunch Housing Society is located in Arambhada in the district of Devbhumi Dwarka in the western Indian state of Gujarat. It is one of the four villages located in the Okha Nagarpalika (i.e. municipality), the other three being Okha, Devpara and Surjkaradi. The diversity of these four “urban” villages is extremely varied cutting across a range of occupations and communities, which includes the Rabari, Vagher, Kharva and Dalits.

The Bakshipunch Housing Society is home to about fifty Dalit families. In fact, the literal translation of the word Bakshipunch is Dalit, a community considered to be the lowest and most marginalized group in India’s caste hierarchy.

For the last 25 years at least the Okha Nagarpalika was dumping large quantities of municipal waste within 100 metres of the Bakshipunch Society. This dump included industrial waste, municipal waste as well as dead animals, including dogs and cattle. Giving contracts for this dump, was not a casual but a political act. The Okha municipality knew that the residents of housing society are powerless and would not speak up.

Bakshipunch is on a lower slope area. During Monsoon all the dumped municipal waste would enter into the housing colony. At other times, the waste would be burnt by Okha municipality, the fumes of which not just reached Bakshipunch, but spread far and wide. 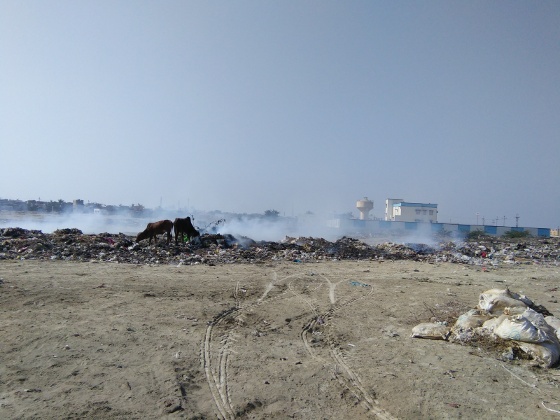 Residents of Arambhada village, including from Bakshipunch had complained of several health problems like, malaria, typhoid and dengue. They couldn’t prove it was due to the dumping of waste and the contamination thereafter, but strongly felt that this was an important contributing factor.

That was the question I asked myself for a long time, as I lived not too far away from the housing society myself. Can the damage be undone, and not made to repeat itself? It was not till I understood, that if one tries understanding whether the dumping is legal or illegal, there could be a way out. Afterall, there must be procedures that the municipality would have to follow.

When I visited the Bakshipunch Society in Arambhada village back in March 2016, I was keen to understand the problem fully, before any legal process could be invoked. I met many people in their homes, all of who complained of health problems due to the municipal dump. I was not sure if all of it was true, and if yes then none of us was in a position to immediately prove it.

There was a legal hook

One way to address the problem was to find out whether there was a legally tenable remedy for the residents of Bakshipunch Society. If it were the case, it could indirectly address and reduce the range of impacts, including on health. Residents like Mangabhai, Abbashbhai and Azgarbhai, all were very forthcoming to work together on this. 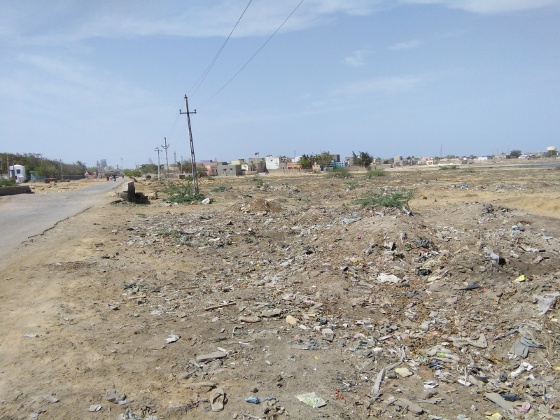 We first began gathering all possible information and did background research on the history of the issue. The first question that came to my mind was: How is this site complying with the laws related to municipal solid waste, especially the provision of the Municipal Solid Waste Rules (MSW), 2000 (now revised as the Solid Waste Management Rules- 2016)

In 2000, the Ministry of Environment and Forest, New Delhi notified the Municipal Solid Waste (Management and Handling) Rules issued under the Environment (Protection) Act, 1986. The implementation of this notification is mandatory for all municipalities across India. The law has a range of safeguards to mitigate the impact of collection, segregation, storage , transportation , processing and disposal of municipal solid waste.

In the  case of Bakshipunch dumping it was clear that the following clauses of the 2000 Rules were being violated:

The Rules made it clear that other than the site selection, the municipal authority will be responsible for the development, management, and reporting of dumping sites.

Our efforts to secure a remedy

Our first step was to understand the law that our problem was up against. Eight of us, including myself and affected people from Bakshipunch Housing Society decided to read the text together. As soon as we understood the clauses and how they applied to the dumping in Bakshipunch we filed a Right to Information application before the Jamnagar office of the Gujarat Pollution Control Board (GPCB). This is because Section 6 of the MSW Rules, 2000 indicates the municipality has to get an authorization letter from GPCB to operate the municipal dumping site. We wanted to know whether such a permission has been sought and under what conditions.

On 20th April 2016, based on the information in hand people from the housing society who understood the law, wrote to the GPCB office to ensure that the Okha nagarpalika followed the provisions of the MSW Rules, 2000.

Within five days  there was a response. The GPCB’s Regional officer sent a written instruction to Okha nagarpalika to implement MSW Rules 2000; not to burn plastic waste and emphasized other requirements of the law. They also said that the as per the 2000 Rules, an authorization needs to be taken from the GPCB. The letter was dated 25th April 2016 and signed by the Regional Officer of the GPCB and addressed to the Chief Officer of the Okha nagarpalika.

But the problem persisted. Okha municipality continued to throw solid waste near Bakshipunch, and it was time to meet with the Chief Officer of the Okha nagarpalika. This time it was a meeting where people backed their claims with a strong understanding of the MSW Rules and reminded the municipality of their obligations. 17 villagers and I met the Chief Officer on 18th July 2016 and emphasized on all the violations and clearly stated that the dumping site is operating without any permission of the GPCB .

The officer assured “in 2 to 3 days your problem will be solved”. But  the dumping continued. We did not give up and went back to nagarpalika, only to realize that both the officials who had given us a verbal assurance were now transferred.

On 28th May 2016 another complaint was filed to GPCB, Jamnagar and copied to District collector of Devbhumi Dwarka. When we went to meet the GPCB officials, they told us that the responsibility to comply was of the Okha nagarpalika as directions were already given.

“District municipal officer said to meet mamlatdar and your problem will be resolved. Then we went to meet mamlatdar and then mamlatdar said you meet the chief officer who is the responsible officer. At one point it really frustrated us”, said one of the residents of Bakshipunch Society describing their efforts to secure government action. This back and forth from government offices led us once again to the Chief Officer of Okha nagarpalika.

On 18th July 2016 the  villagers  complained to District municipal officer (DMO). It took a month, but on 24th August 2016 he sent a response letter to the Chief Officer and Pramukh (head) for emergency municipal solid waste disposal of Bakshipunch Area. They also did a planning exercise  for disposal of waste in the area.  Unfortunately, this did not include the affected people, but it did ensure that the waste dumping in Bakshipunch stopped.

It was not easy to get the final action

In the course of getting this issue resolved a lot had happened. There was internal fighting amongst community partners I was working with. Whether  to meet the responsible officer or who is to send a complaint letter, was not just a matter of enthusiasm but also competitiveness. But there were a few people who stood their ground, and Devshibhai was one person who was consistent about being focused on the remedy and not his fame. Then villagers were also fearful of local politics. In fact the initial set of people who came forward to work on the issue, dropped out. It meant that some of us committed to use the law to get remedies for such problems had to reach out to others, and Devshibhai had emerged through that process. 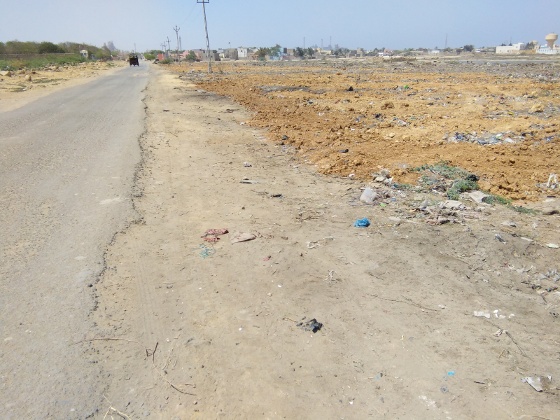 The dumping site was cleaned and cleared after the residents of Bakshipunch Housing Society pursued the municipal officer to fix the issue. Pic: Hasmukh Dhumadiya

But the biggest learning from this process was fixing responsibility on a specific institution and tracking how many offices the complaint is traveling too, before action is taking. In fact in some cases it appeared that the different government departments were simply passing the buck and keeping us busy by directing our attention to another government department.

It was almost a year after I had first gone to Bakshipunch and begun the process of learning the law to get remedies, there was action. On 21st March 2017 yet again residents wrote reminder letter to DMO and it was only in April 2017, when the DMO took the final action of getting the site cleaned. People finally received a long awaited remedy.

With this we were sure of two things. First, this time the action was piecemeal and the DMO had clearly understood that any slip would only be responded to with our perseverance; and second, Devshibhai and six others who worked together to get Bakshipunch free of the municipal waste, would stand their own ground, if the problem would occur again.

Today, the housing society and the surroundings are free of the litter. The area has also been disinfected following the final action by the DMO. But, our challenge now is to ensure that the responsible institutions have not just displaced this dump to another vulnerable community. That would not be justice, right?

The author is an Enviro-Legal Coordinator with the CPR-Namati Environment Justice Program.