The desire for quality education for all children is noble and surely one shared by all. But Tamilnadu's Samacheer Kalvi makes that more difficult, writes Parth Shah.
30 August 2011 -

The 9 August ruling of the Supreme Court that schools in Tamilnadu must implement Samacheer Kalvi immediately has received mixed reactions. Some think it is a great step forward for equality and social justice, while others fear that it will undermine the quality of education in some schools. I believe the judgment is flawed, and will prove harmful to the students, parents, and teachers of Tamilnadu.

Samacheer Kalvi, or the Uniform System of Education, was brought in with much excitement by the previous DMK government. It would, said the government, ensure a uniform curriculum across the state in public and private schools, require the use of standardised text books by all pupils, and protect the rights of children to education in their mother tongue.

The implementation of the scheme began in the 2010-2011 academic year for Standards I and VI, and it was set to roll out for Standards VII-X in 2011-2012. But then a new AIADMK government was elected in mid-2011, and objected to the content of the textbooks. The new dispensation claimed the books promoted the previous government's politics and policies, and they passed legislation to delay implementation of the scheme while the books were revamped. In the meantime, some schools waited for the new books, some spent large amounts on books that followed the earlier curriculum. Some halted the use of books altogether.

In June, the Madras High Court ruled that the new law was unconstitutional and that Samacheer Kalvi must be fully implemented this academic year itself, as previously planned. Books produced by the DMK government were acceptable, any objectionable sections could be removed or papered over, and the books should be used. The government's appeal to the Supreme Court proved fruitless, as the apex body affirmed the High Court's views.

All of this is happening after children have been in school for weeks. Valuable instructional time has been lost. Students have become innocent victims caught in a political crossfire over curriculum and textbooks. 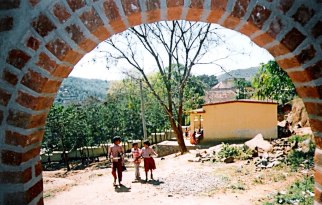 Rather than setting broad standards and allowing parents and teachers the freedom to achieve those in the ways most well suited to their particular circumstances, politicians have focused on equality of inputs.

The whole situation highlights several important problems - with Samacheer Kalvi in particular and with government control of education in general. First, this sort of political haggling is inevitable when government involves itself in the detailed operations of schools, and the ones who lose will always be the students. Governments are political; they are not educators. Their strengths do not lie in planning curricula or in writing and selecting text books. Schools are familiar with the exams their students will need to pass to be successful and can plan their curricula accordingly. They do not need detailed plans handed down to them by government officials.

When it comes to textbooks and other such resources, schools and teachers are better placed to evaluate various options and determine what will be the best fit for their unique children, teaching styles, and circumstances. Indeed, even the National Curriculum Framework 2005, the central government's guidelines to states, emphasises the importance of giving flexibility to teachers and schools in determining the best way to achieve educational outcomes and the best resources to employ in pursuing those aims.

Children are different from each other, schools are different, and teachers are different. There is no reason, therefore, to assume that the same books will most effectively teach maths or social sciences or English in every situation. Those decisions are best left to individual schools. The government of Tamilnadu has demonstrated extreme arrogance in asserting that it knows better than parents and teachers how to teach children.

Inevitably, when governments involve themselves so heavily in the minutiae of education, the curriculum and textbooks will be politicised. Whether the government itself is writing the books, or a publisher is writing books to sell to the government, the incentive is to produce what will appeal to politicians. Say some good things about the party, and that probably earns you points. Emphasise the bits of history that play to the governing party's strengths, and that will probably help your case. And that's before we even start to think about the potential for bribery and corruption.

Is it any surprise, then, that the new government objected to the old government's chosen textbooks? And is it not all but certain that the scenario will repeat itself when the next new government is elected? Samacheer Kalvi increases the politicisation of education, and disempowers schools, teachers and parents. Neither is good for the quality of education.

Second, Samacheer Kalvi, like so many other government initiatives related to education, focuses entirely on inputs rather than outcomes. Everyone agrees that we want children who can read and write, add and multiply, speak well in their mother tongue and use English. All of these are outcomes. The books that are used, the teaching methods that are employed, the number of teachers, the hours spent at school, and the buildings and other facilities available are all inputs. They are tools for achieving educational outcomes. They are means, rather than ends in and of themselves. We should therefore focus on those ends, those objectives, and trust teachers and parents to judge the tools that are best used to achieve them.

Rather than setting broad standards and allowing parents and teachers the freedom to achieve those in the ways most well suited to their particular circumstances, politicians have focused on equality of inputs. If all pupils were exactly the same, all parents had exactly the same values, all circumstances were identical, and all children had the same goals, then focusing on inputs might work. But they are not. Outcomes are what matter, so governments should trust parents and teachers to figure out how those outcomes are best achieved.

And it is important to remember that Samacheer Kalvi applies to all schools, even private schools that are neither operated nor paid for by the state. The freedom of parents to choose the education that is best for their children has been removed. The ability of talented, experienced teachers to employ creative methods to teach their students has been severely undermined. By focusing on inputs, rather than on outcomes, the government of Tamilnadu has reduced incentives for teachers and schools to be innovative, to raise standards, to achieve more. None of that will be rewarded. Instead, teachers must follow government-determined rules and use government-approved resources.

The signal sent loud and clear is that it is those inputs, not outcomes, that are most important.

The forced requirement that all children must be taught in the mother tongue violates parental rights and is rather impractical in a cosmopolitan and multi-cultural state. The UN Declaration of Human Rights, in the Article 26, clearly states "Parents have a prior right to choose the kind of education that shall be given to their children." India was one of the first signatories of this Universal Declaration.

The desire for quality education for all children is noble and surely one shared by all. But Samacheer Kalvi makes that more difficult. It ensures that all children will use the same curriculum and the same books, but it reduces the ability of teachers to respond to the unique needs of their students or for parents to choose the education they believe is best for their children. If the government of Tamilnadu truly wants to improve education for all children, it should free up teachers to teach, schools to determine the specifics of curriculum and resources, and parents to choose the education that is best for their children.

PARTICIPATORY PLANNING : The people and their plans
MORE ARTICLES
on similar topics ...
CURRICULA