22 years after the incident, a group of unrelenting young activists file a PIL to re-investigate the atrocities unleashed on the women of the two villages in Northern Kashmir, opening a new can of worms. Freny Maneksha reports.
22 June 2013 -

Uzma Qureshi, a graduate in social work, Haney Tahseen, Samreena Mushtaque and several young social work and legal students, grew up like other Kashmiri women with the sombre consciousness that 23/24 February are ‘’black days’’. The intervening night of those dates in 1991 is when horrendous sexual atrocities were perpetrated on women of the adjoining villages of Kunan and Poshpora in Kupwara district of north Kashmir. Thirty two women were gangraped and underwent several terrible indignities on that bitter winter night when armymen of a battalion from the Fourth Rajputana rifles, under the guise of a search-and-cordon operation, herded the men out in the fields whilst groups of four and five entered the houses to sexually assault the women.

Although the evidence was overwhelming, the women suffered another cruel indignity. Their complaints were dismissed as a ‘’massive hoax’’ by a committee set up to investigate. Strangely enough the committee comprised of two members of the Press Council of India - B G Verghese and K Vikram Rao - rather than legal luminaries.

In another beguiling development the police claimed the perpetrators could not be traced even though an entire battalion had been named in the FIR. It was believed that the case was officially closed. For over two decades thereafter the affected women desperately sought action. They recounted their narratives and testimonies to women, legal activists, documentary film makers, people’s tribunals and struggled for a justice that continues to elude them. Five of the women have died. 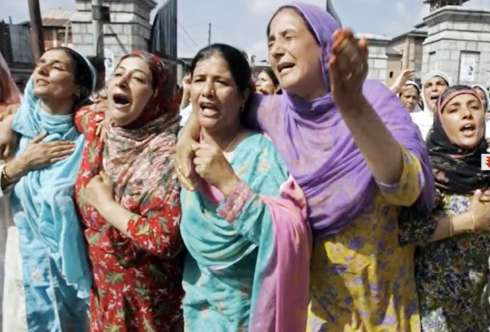 In May this year, Qureshi, Tahseen, Mushtaque and 47 other women, stung by the fact that Kunan-Poshpora had remained a talking point with no action taken, filed a public interest litigation (PIL) before the High Court. The PIL sought judicial intervention to conduct a re-investigation to ‘’expose the real culprits’’ since the state had no ‘’will and determination’’ to press for the same.

Although the high court dismissed the PIL on 14 May on the grounds that it was ‘’premature’’ to intervene, the young women’s efforts served an immensely useful purpose. It brought the case back under the spotlight of the public domain and exposed the extent of duplicity of the state. The efforts of the police to quickly close the case were foiled on 18 June when the Judicial Magistrate of Kupwara refused permission and ordered the police to conduct further investigation to unravel the identity of those who happened to be perpetrators.

This significant development demonstrates the zeal and determination of a new generation that says it will not forget. Nor will it allow the state to bury uncomfortable truths of mass rapes. The women who insist, ‘’we won’t let go,’’ explain why they feel so passionately about something that happened when they were hardly two or three years old. ‘’When no action is taken against the perpetrators of such heinous crimes and when women of an entire village suffered unspeakable brutalities in their homes, it raises serious issues of concern for our generation. It sends out the message that no woman can consider herself safe in Kashmir.’’

The distribution of money and the state's sole focus on compensation as part of SHRC's recommendations have raised pertinent questions. The women wonder whether it can be interpreted as a surreptitious way of buying silence. Or, is it to create an impression among the victims that by accepting money they cannot pursue investigations?

Another one of the women says, “How can we allow what happened in Kunan-Poshpora to be forgotten. Elderly women and the young were raped. One woman was raped even as a paralysed daughter watched on in horror. Their justice is now our battle.’’ The State Human Rights Commission’s report in 2011 (SHRC) notes that security forces did not even take heed of the presence of minor children who were crying and witnessing the ‘’sorry and shameful act.’’

The young women also believe that if the horrific gangrape and death of a young woman in Delhi could galvanise a nation into reviewing and amending existing legislation then surely a re-investigation into the rapes of 32 women in Kashmir from villages is warranted. These and the SHRC’s review of the case in 2011 and its recommendation that the case be opened and re-investigated, were cited by the women’s lawyer Pervez Imroze to the bench on April 29.

In reply to the court’s query as to whether a case could be brought up after 22 years, Imroze cited the classic action lawsuit by 18 Filipino comfort women in 1993 seeking action by the Japanese government for the systematic rape and sexual slavery the Japanese imperial army inflicted on them during World War II.

On May 8, the third hearing, the advocate general invited to assist the court made a startling disclosure. He said the Kunan-Poshpora case, contrary to public belief, had not been formally closed before a court. Significantly it was only after the PIL was filed that the state moved for formal closure and the Kupwara sessions court began recording statements of five victims.

On May 14 the High Court cited this as reason enough to dismiss the PIL, taking recourse in the argument that it was ‘’premature to intervene,’’ whilst the case was still pending before the sessions judge. The advocate general also stated that the women had not received the compensation recommended by the SHRC as yet. But, the young women who filed the PIL found during their visit to Kunan-Poshpora that at least 37 women/families had been given Rs one lakh each by the MLA from Kupwara Mir Saifullah in the presence of the tehsildar.

The distribution of this money and the state’s sole focus on compensation as part of SHRC’s recommendations have raised pertinent questions. The women wonder whether it can be interpreted as a surreptitious way of buying silence. Or, is it to create an impression among the victims that by accepting money they cannot pursue investigations? They ask why the High Court chose to remain silent on the manner in which the state gave the false impression over the years, even in the courts, that the case had been closed and why it did not indict the state for its failure and duplicity.

The complex issues at work in the Kunan-Poshpora incident and subsequent events, including the state’s culpability and giving immunity to perpetrators, make it a benchmark case. It is a classic illustration of what Kashmiris and activists have been asserting over the years. That mass rapes and sexual atrocities are part of the repressive tactics unleashed by the state to crush resistance. Activists also say that such horrific crimes are sought to be justified under the euphemistic cover of the army’s ‘’psycho social operations.’’

The tandem functioning of the state and the judiciary, say legal activists, is what makes the task of securing justice an almost impossible task. The women who filed the PIL say its dismissal has only affirmed their ‘’understanding that in a conflict the judiciary is no different from the executive.’’ But they are determined to fight on. ‘’We shall not forgive, we shall not forget. The struggle will continue till justice is delivered.’’