Paying a steep price for motherhood

Even as New Delhi says maternal mortality numbers are falling, tribal women in Madhya Pradesh are facing a negligent, cruel and corrupt healthcare system and dying during childbirth. When the conduct of hospital staff is questioned, they face retaliation instead of accountability. Sachin Jain reports.
02 February 2007 -

On 19 November 2006, Newa Bai, a seven month pregnant poor tribal women of Nidanpur village, Ashoknager district, M.P., died at the local government hospital. Her husband Kpoora Adivasi had taken her to the nearest Chanderi government hospital after she complained about nausea and severe abdominal pain. After a primary check-up, the doctor in charge, R P Sharma (the position of gynaecologist, usually a lady doctor, is lying vacant and there is no timeline till when she would be recruited) put Newa on a blood infusion. It was about 1.00 pm which is lunch time for the staff and they left the hospital for extended lunch break, which normally lasts few hours. But only the nurse returned that too after 5 hours. Meanwhile Newa's condition deteriorated and she became critical. Some people who accompanied her alleged that there was even reverse blood flow after the transfusion was over. Newa died.

Sainath, a civil society organization working in the area took up the issue and a concern was raised by them with the district administration. They urged the district to undertake an enquiry. The moment concern was raised and accountability questioned, the district hospital stopped providing any treatment to villagers of Nidanpur. Even if one dares to go to hospital from the village the staff yells at them and even uses bad words. 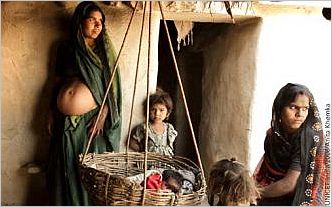 On 27 December, another pregnant woman Phool Kunwar from the same village in labour pains was taken to Chanderi Hospital. She delivered a girl child on the way. By the time she reached hospital her position got serious. The medical doctor in-charge, that knowing that she is from Nidanpur village, denied any treatment to her. Her husband Uday took her to the Ashoknager district hospital and then to the Guna government hospital. But she could not be saved and died the same day. Her new born baby died on 30 December. The Sarpanch of Nidanpur, Sendra Pal Singh, is in despair. He asks, "where we will go, it seems now that the entire state is against our village. Have we done anything wrong by asking women rights for safe motherhood?"

The deaths come at a time when the state government of Madhya Pradesh is strongly advocating institutional deliveries as the mantra to combat high rates of maternal deaths in the state. Unfortunately in the state the campaign exists in the advertisement hoardings, newspaper advertisements and in media, thanks to efforts of public relation department of the state. Very little effort is being put to strengthen quality of services and hardly any on improving human  human interaction of the health delivery staff.

Village Sarari Khurd, Sheopur has a primary health centre but no doctor. Since when it does not have doctor, even villagers can't remember the same. The centre is opened by hardly fours days a week by local nurse. It neither has any facility nor any equipment and hardly has been cleaned ever. This is not the situation of one health centre, 20 kilometres of Sarari Khurd is Karahal. Karahal has community health centre. Though it opens every day but three positions out of the four to be posted there are vacant. Karahal block officially has a facility of mobile health van to reach out to inaccessible areas. But it has just one mobile health van. If the same works daily it will reach the same village after a gap of 35 days (please note if it works daily). And there is nothing to take care of a pregnant women and children. Even in case of unavailability of medicines, village level health staff is sailing the various kind of medicines to the Villagers.

On paper, the central government feels that maternal relief and safe delivery does not end with better nutrition, but it involves comprehensive care during pregnancy, child birth and after-delivery support by through quality care in essential and emergency obstetric services.

Ostensibly, the aim seems to be make deliveries safe thereby reducing maternal/infant mortality by providing policy emphasis on institutional deliveries and financial assistance to the pregnant women under the Janani Suraksha Yojana. Previously this scheme used to be known as National Maternity Benefit Scheme.

•  Who cries when mothers die
•  New plan for safe motherhood

There are 533 villages in the Saheriya primitive tribe dominated Sheopur district with a population of 5.60 lakhs. The total number of bed available at the one district hospital and other hospitals is only 166, of which 148 beds have not been changed during the last 13 years. During the last two years, several big claims have been made about promoting safe motherhood but just like last six years, three out of four posts of doctors in the Karahal block are still vacant. There was no improvement in the medical facilities during this period and even a single gynaecologist and obstetrician could not be posted.

Bilasi Devi, an anganwadi worker from Gothra Kapura village of the district, speaks from experience and asks as to why should one go to hospital? No one even speaks properly there and everyone right from doctors to nurses to sanitary workers asks for money to take any action. The state government claims that anyone going for institutional childbirth would get Rs.1700 worth financial aid, transport fare and free medicines. The central government sponsored Janani Suraksha Yojana provides Rs.700 and the state government sponsored Vijayaraje Janani Bima Kalyan Yojana provides Rs.1000 for safe deliveries. Despite this, when Babhuti, a Sahariya tribal woman of Gothra Kapura was taken for childbirth to a hospital, her family had to pawn their land for completing her delivery.

In the meantime, the Government of India, on 31 October 2006, released maternal mortality figures for the first time since 1998, which claims that the Maternal Mortality Rate (MMR) has gone down from 498 (per lakh or 100,000 childbirths) to 379 during the period. But the report Maternal Mortality in India: Trends, causes and risk factors - 1997-2003 is itself facing some basic technical questions. The key question is whether the government is trying to veil the adverse ground reality by putting out statistics. 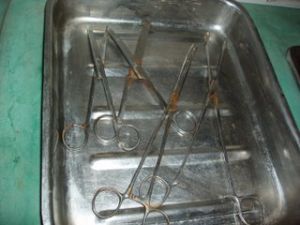 One important point is that this study of MMR has been conducted by considering only a limited number of cases of a particular situation. The survey was conducted over a period of six years and reported low MMR in M.P. and Chhattisgarh (365). But during this period about 103,000 cases of maternal mortality were reported in the two states. The second point is that all these cases (365) are those that have been registered in official records while analyses indicate that only one out of three maternal deaths get officially recorded. The problem is that in the district hospitals, community health centres and the lower level of health set up, the deaths during childbirth are recorded as general mortality. This is to shield hospital staff from being held responsible for negligence and unaccountability.

The next question is that the Madhya Pradesh Government (GoMP) had itself in 2003 pointed out through the State Family Health Evaluation that in the rural areas of the state, the MMR was as high as 763. This study was done on 25 percent populace of each district. Yet the union government is releasing contradictory figures for the same period.

The health facilities in M.P. are in an ugly situation. The analysis of recent efforts of state government does not bring any good news.

Only one hospital bed is available per two villages in M.P. A total of 17 lakh childbirths occur in the state every year and 40 percent of state populace is below poverty line, yet the government provides only Rs.150 per person per year as health budget of which Rs.126 is spend on salary-allowances and other infrastructure costs.

Key posts continue to remain vacant. Only 137 posts of gynaecologists and obstetricians are approved in entire state and of these 38 are vacant since several years, according to information unearthed by the Right to Food Campaign in M.P., from Department of Health and Family Welfare, using the national Right to Information law. After a long battle, in early 2005, the state government started the process for filling up 78 posts of gynaecologists and obstetricians but only 31 applications were received. A total 112 posts of anaesthetists were to be filled up but only 12 took up the job. No doctors are willing to take up government jobs owing to lack of facilities including diagnostic implements, medicines and general sanitary facilities. In such situation, doctors often have to face the wrath of the family members of the patient in case of death.

Furthermore, corruption at all levels is making conditions far more dangerous for the pregnant women. Corruption has already seeped in the medicine purchases under the new medicine policy, and the Rs.700 of financial support for mothers under the Janani Suraksha Yojana is spent in giving bribes to the local health staff.

Despite unreliable data, statistics say that out of 1.47 lakh maternal deaths in the country every year, 97,000 are contributed by the five BIMARU states and the three newly carved states. The World Health Organisation also accepts this. In fact, half of the maternal deaths in South Asia are contributed by the states of Rajasthan, M.P., Bihar, U.P. and Orissa in India. It is in this light the Government of India's recent attempt to portray low MMR numbers for M.P. must be seen.

MMR is directly related to social disparity, exploitation and poverty. The governments (centre and state) have limited the scope of poverty to hunger and this has limited the rights of the women for safe motherhood. On the one hand, private health services are expanding, and due to poverty, more than 40 percent below poverty line families in M.P, are not able to access them. And on the other hand, the government's accountability to the poorer communities for their access to public health has only fallen.

Sachin Kumar Jain is a development journalist and is associated with the Right to Food Campaign in Madhya Pradesh.