A burning issue at Okhla

The Supreme Court has ordered a go-slow on waste-to-incineration technology that may be potential harmful to public health, but the MNRE is guided more by its focus on tackling urban waste. Kanchi Kohli reports.

On 20 April 2011, the Ministry of New and Renewable Energy (MNRE) invited proposals for carrying out evaluation of its Waste-To-Energy Program underway in different cities across the country. We must wait to see what MNRE's consultants have to say, but already there has been substantial public outcry against at least one such project, located in the Okhla-Timarpur residential area in Delhi.

The juxtaposition of the two developments provides an impetus to examine the waste to-energy-initiative of the MNRE, which has a bearing on the very nature of these projects in the first place. MNRE established the initiative after observing that cities and towns in India are already generating vast amounts of waste and garbage due to industrial impetus and urban expansion. The programme provides a technological fix, by promoting the use of such "waste" material to generate electricity. The technical processes in this include bio-methanation, pyrolysis/gasification, combustion and incineration for the processing and disposal of waste.

The plan might appeal to some sensibilities, even if it means that MNRE only capitalising on generating electricity from waste, rather than dealing with the problem at the point where it is first generated. That the waste is an environmental problem is something MNRE has itself acknowledged. But there is much more to this mess that just the mere generation of lass amounts of garbage.

Back in 1996, a case was filed before the Supreme Court (W.P. (C ) No. 888/1996) which deals with issues of waste management in cities. In the context of this case, MNRE's waste-to-energy programme, which is a municipal-level project, came under scrutiny. One of the critical questions raised as part of this ongoing case was the use of incineration technology, which according to the globally binding Kyoto Protocol (to which India is a signatory) results in the emission of greenhouse gases, which is an important environmental concern today.

On 15 May 2007, the Supreme Court in its order permitted the MNRE to go head with only five of its pilot projects and that too those which are based on bio-methanation technology. This was further to an earlier order of the court, dated 6 May 2005, which had clearly stated "... we hope that till the position is clear, the Government would not sanction any further subsidies."

But MNRE was already chugging along on the trajectory it had set for itself. Perhaps in anticipation of the 15 May 2007 order of the court, the MNRE, on 24 April 2007 sent another letter to the above mentioned recipients conveying the assent of the President of India for the continuation of the Accelerated Energy Recovery Program (AERP) during 2007-08. Not only that, even after the court's directive was issued, the MNRE continued to write to the States, Union Territories and Urban Local Bodies, regarding further action on AERP (e.g., vide letter No.10/3/2005-UICA dated 25.07.2005).

The months of March and April 2011 saw the residents in an around the Okhla-Timarpur area in the capital city take to the streets protesting against the incinerator being built by the Jindal Ecopolis at Okhla. The citizens, who have come together demanding the scrapping of this plant, are residents of New Friends Colony, Sukhdev Vihar, Jasola Vihar, Sarita Vihar, Kalkaji and Jamia Nagar. 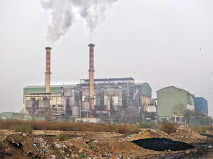 On 15 May 2007, the Supreme Court in its order permitted the MNRE to go head with only five of its pilot projects and that too those which are based on bio-methanation technology.

According to Gopal Krishna of Toxics Watch Alliance who has been integral in supporting this people's campaign, "it has been revealed through RTI requests that the waste-to-energy incinerator project here is not one of those 5 pilot projects permitted to go ahead by the court, and neither is it based on the recommended technology." He adds that, "therefore these projects are in manifest violation of the Supreme Court's order."

The residents, who have petitioned both the Delhi Government and the Ministry of Environment and Forests (MoEF) have asked the authorities to bring an immediate stop to construction of the Rs.200-crore project that would process 2050 tonnes of municipal waste per day, around one third of the total municipal waste generated in Delhi, to generate over 16 MW of electricity from July 2011 onwards. Among their various contentions, the residents also pointed out that the project was first alloted environment clearance under the Environment Impact Assessment Notification, 2006 to Infrastructure Leasing & Financial Services Ltd. (ILFS) and subsequently transferred to Jindal Ecopolis without following due procedure.

The MoEF has claimed that the IL&FS had auctioned off the project, and sold it to the bidder who promised the lowest cost of power - which was Jindal Ecopolis. But there is a crucial legal lacuna here. Even though the EIA Notification, 2006 under which an environment clearance is issued allows a transfer of the approval to take place, it is only after an 'no objection certificate' is received from the regulatory authority which in this case is the MoEF. Residents protesting against the plant say that no such permission was taken. These issues, and a number of related matters were brought to the attention of the Delhi High Court, to which the residents have appealed.

The residents don't question the need, justification and technological push that the Okhla-Timarpur plant represents. Their concern, is that the siting of the operation very close to a densely populated residential area would health risks and other hazards from the emissions and land use of the plant.

Activists like Gopal Krishna, who has been working in support of the issue have also raised some additional concerns. Krishna says, "Incinerators are furnaces that are in effect dioxin-emitting machines. The technology in question, Incineration of Refuse Derived Fuel (RDF), is a tried, tested and failed technology. Its adoption despite a history of consistent failures reveals environmental lawlessness in Delhi."

In response to their protests against Jindal Ecopolis's plant, the MoEF wrote to the Chief Minister of Delhi on 1 April 2011, highlighting the concerns raised by the residents. At the same time, the Union Minister of Environment and Forests, Jairam Ramesh had also visited the location (on 31st March 2011).

On 26 April 2011, the first technical review (ordered by MoEF) of the incinerator took place and concluded with a warning that the plant would not get operational clearance until the Central Pollution Control Board (CPCB) was fully satisfied on safety and regulatory compliance. The review was attended by technical experts from the CPCB led by its chairman Prof. S P Gautam, the CEO of Jindal Ecopolis, Allard Nooyi, experts from the Indian Institute of Technology (Delhi), the German consultant GTZ and those nominated by the Okhla residents including Ravi Agarwal of Toxics Link and Anant Trivedi, resident of Ishwar Nagar and technologist.

The meeting concluded with a request that Jindal Ecopolis provide to the committee detailed technical aspects proposed to be used so that further evaluation can be made on technology that is yet to be proven in India.

As things stand today, the plant is well under construction, with reportedly over 70 per cent of it complete. Even though reviews have been asked for and warnings issued, there does not appear to be any substantial break in the progress of construction. The petition filed by the residents before the Delhi High Court is scheduled to come up for final hearing in the second week of May, 2011. And the MNRE continues unabated on its projected goals. Whether these opposing trajectories will force a re-evaluation of the programme remains to be seen.

TIGER SANCTUARY : Are tigers back at the Buxa reserve?
MORE ARTICLES
on similar topics ...
DELHI