The nation is still the best mediator of the sphere of thought and the sphere of action. Even in a changing world, we cannot wish away the Indian nation and replace it with a world government overnight, writes Rajesh Kasturirangan.
31 October 2010 -

Recently, both Arundhati Roy and Syed Ali Shah Geelani gave speeches at a meeting in Delhi for which they might be arrested on sedition charges. As far as the speeches go, I think the answer is clear; in a democracy freedom of speech should trump sedition. But that isn't the end of it, either.

Hateful speech might be an exception, but despite our personification of Mother India, expressing contempt or hatred toward a nation is not the same as expressing contempt or hatred towards individuals. Collective psychology is another matter; we can feel morally outraged when someone insults us - as long as we do not act upon those feelings by burning down houses. It is only natural that people whose identity is determined by their national affiliation have a moral response to flag burning or separatist speeches. The nation is a moral entity, along with being an economic or political entity.

However, not all moral judgments are positive: Nazi racial hatred was a moral judgment about Jews and other ethnicities. The Nazi concept of the Aryan nation is hardly a nationalism worth emulating. Perhaps Nazism is too extreme an example, but can ask whether nationalism always involves negative moral judgments. Is the nation ever a vehicle for freedom? Do nations have any relevance to the prosecution of justice?

When mulling over such weighty matters, it is always useful to return to earlier debates on nationalism, and in particular, the debate between Gandhi and Tagore about the importance of nationalism (see this link). Tagore arguably was - to use a term from Adam Smith - in favour of being an impartial spectator, i.e., someone who doesn't take sides between nations. Gandhi argued back, saying that he wants to open the windows of his house to the world, but he didn't want to be swept off his feet. Tagore suggests that where human freedom is concerned, national boundaries are at best irrelevant. 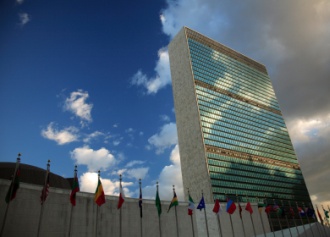 Common sense as well as considered opinion concur with Tagore; the universal declaration of human rights starts with the statement: "Whereas recognition of the inherent dignity and of the equal and inalienable rights of all members of the human family is the foundation of freedom, justice and peace in the world." In comparison, any articulation of justice within national boundaries seems irredeemably parochial.

The parochiality of national boundaries can be contrasted with the openness of public reasoning, of debate and discussion that engages all thinking human beings. The iniquities of casteism and racism can be highlighted by anyone; one doesn't have to be an Indian to say that caste discrimination is bad. When the Indian state cringes at the possibility of a UN declaration against caste discrimination, we know that public reasoning and external pressure have the potential to change norms that would be hard to shift on internal grounds alone.

The liberal Indian humanistic tradition that starts with Tagore continues to this day. In his recent book The Idea of Justice, Amartya Sen argues for open impartiality in the use of public reasoning. In most parts of the world, important aspects of public reasoning are closed - voting, for example, is restricted to citizens. Why should decision making be restricted? In a truly open world, anyone should be allowed to evaluate the practices of a society.

One advantage of open impartiality is that endemic practices such as slavery or casteism that might not even appear to be unjust to a dominant member of a society will be glaringly obvious to an outsider. Therefore, it makes sense to open the windows of your house to the world. The world would have been better off if the people the world over were allowed to vote on the US invasion of Iraq and it will be an even better place if all humans are allowed to vote on American and Chinese climate policies. When it comes to decisions that affect us all, isn't it better to give the full range of public rights to everyone?

Surely, there is something correct about using the full range of global resources for advancing justice throughout the world, and not restricting ourselves to artificial national or cultural boundaries.

At the same time, the principle of sovereignty, i.e., the right of nations to decide their own future within their boundaries, is a norm that governs international relations. The sovereign is not only the judge, it is also the enforcer. After all, in order for justice to have 'bite' it must be enforceable. Unlike global accounts of justice, the nation has a dual structure: on the one hand, it creates a category of citizens who are equal, and on the other hand, it demands that citizens cede their individual power to public institutions.

In particular, we cede any authority to carry out violent acts. Violence becomes the prerogative of the nation alone, with national institutions such as the army and the police acting as enforcers. In the absence of the monopoly of violence on the part of the state, we could never trust the state to be an enforcer of justice. For a global justice regime to have any legitimacy, it must be backed by a stick bigger than anyone else's stick.

Unfortunately, nation states are not about to give up weapons in favour of a global government. They might legitimately worry (as the invasion of Iraq shows) that universal justice claims can be used to justify illegal invasions. Without a theory that shows how power can be used legitimately and institutions that implement the fair use of global power, global justice theories are likely to be used by the powerful nations of the world to advance their goals.

As the name suggests, the independence movement's demand for swaraj (as opposed to azadi) combines both freedom and sovereignty. The movement's leaders felt that swaraj was a precondition for collective welfare. Without it, the three demands of human wellbeing, i.e., sukh, suraksha and shanti are difficult to achieve.

Human beings are not purely good or purely evil; we need institutional mechanisms that keep our bad behaviour within limits. Justice and freedom cannot exist without rules and enforcement. I find it difficult to believe that a far away global ruler can take sensible decisions when it comes to local problems. An universalistic approach to justice that ignores local variations of power is likely to make things worse.

Consider the typical Indian village with its dense network of caste, land and wealth based conflicts. Do we really think that a distant global government has any hope of addressing these local problems? If you look at recent attempts to change local behaviour using global force (for example, when the Bush regime attacked Iraq in the name of freedom) the outcome often seems like a miscarriage of justice and an abuse of international law rather than the inexorable progress of human rights.

There is no harm in universal public reasoning; we do want impartial spectators from around the world telling us whether we are right or wrong. However, when it comes to action, it might be better to act locally; so that people who know the details of the particular society negotiate the actual enforcement of justice. As technology improves, there is an expansion of the local sphere of thought as well as the local sphere of action, but the sphere of thought is always bigger than the sphere of action. The popular slogan "think globally, act locally" might be too extreme in its call for local action, but at any time in history and human technical capacity, there is a political formation that maintains the equilibrium between thinking and acting.

At this stage in history, the nation is still the best mediator of the sphere of thought and the sphere of action. The nation balances the moral demands of human rights and sovereignty, which becomes clear if we think of nations as a national process rather than as a nation state. Processes, by their very nature, are dynamic entities. However, the fact that they are constantly changing doesn't make them any less real; we cannot wish away the Indian nation and replace it with a world government overnight.

Even more importantly, a global utopia of individuals who are free to choose their identity, their religion and their neighbours anywhere in the world is a frightening prospect. Human beings are biological organisms; we need to be grounded in time and place or else we come unhinged.

"You are free to choose your country" is a seemingly powerful slogan, but the slogan is really an advertisement for the worst kinds of post-industrial capitalism. The importance of the nation is even greater in India than in the developed world. It is only now, sixty years after independence, that we are learning how to negotiate the competing demands of power and justice. Marginalised communities are learning to use power to their advantage, possibly for the first time. Stronger participation in the national process is our best bet for creating a just society. We should be willing to be creative about the future of the national process.

This is where I think the arguments of Roy and others bear hearing out. If we accept that there is some value in multiple avenues of input to large, important decisions that affect a lot of people, then we can imagine distributed forms of sovereignty, so that Kashmir and the North-East are treated as jointly sovereign rather than subject to Delhi's unilateral sovereignity. At the same time, to question the legitimacy of the Indian nation itself is to derail the only process that will expand our freedoms and secure justice.