Rather than seek to dominate or tower above other nations, the republic of India must seek to be less discontented and less divided within, writes Ramachandra Guha.
13 September 2009 -

Before and after August 15, 2007, there was much talk in the press about this country's imminent arrival as one of the world's superpowers. This was prompted in part by the resilience of Indian nationhood - the fact that it had survived 60 testing years of freedom; in part by the robustness of Indian democracy - the fact that elections were held regularly and fairly - and in part by the recent surge in the Indian economy, as manifested by annual growth rates of eight per cent and more.

These anticipations of India's rise to greatness were most powerfully expressed in two cities - New Delhi and Bangalore. Politicians and journalists in the former city, and businessmen in the latter, were in a visible mood of self-congratulation. Long beset by an inferiority complex vis-a-vis the West, they thought that India's democratic credentials and information technology boom would now jointly ensure that at places such as the World Economic Forum in Davos, they would be treated with as much respect - not to say reverence - as leaders, entrepreneurs and editors coming out of Paris, Berlin, London or (especially) New York.

Willing along this superpower talk were the non-resident Indians, particularly those resident in the United States of America. In the past, they had been somewhat embarrassed about their native country, its poverty and inequality especially. At the same time, by virtue of their colour and religious affiliation, they had not been entirely at home in their adopted country either. Now, the expansion of the Indian economy and the listing on the New York Stock Exchange of some Indian companies encouraged positive feelings about India, which - if articulated energetically enough - could perhaps get the Americans to treat them with greater seriousness and respect than in the past.

Delhi and Bangalore are the two cities I know best, and I do visit the US once a year on an average. In 2007 and in 2008, I heard this 'India as an emerging superpower' talk all around me, and I was not impressed. In the summer of 2008, I published a long essay outlining seven reasons why India would not become a superpower. These reasons were: the rise of left-wing extremism in the very heart of India; the rise of fundamentalist and illiberal tendencies in all of India's religions; the corruption and corrosion of the democratic centre; the growing gap between rich and poor; the superficiality of the mainstream media; the rapid pace of environmental degradation; and the instability engendered by multi-party coalition governments. 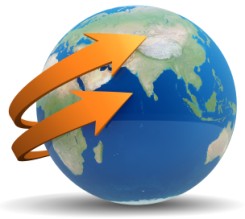 The recent economic and political recoveries have led to the renewal of the idea that India, and Indians, are on the verge of claiming world leadership.

Soon after my essay was published, the economic recession set in. Its effects were felt most palpably in the countries of the West, but India was by no means immune, with jobs being laid off in the thousands. In November 2008, as the recession deepened, terrorists struck in Mumbai, with their success exposing both the fragility of our security systems and the amoralism of our political elite (as in the visit by the Maharashtra chief minister to the ravaged Taj Hotel, his actor son and the director, Ram Gopal Varma, in tow). These twin shocks put paid, for the moment, to superpower talk. Through the winter of 2008-9, the mood in the press, the political class and the business elite was more sombre than it had been in recent years.

In April-May 2009, the republic of India held its 15th general elections. No pundit anticipated its outcomes - namely, the decline of the Bharatiya Janata Party, the retreat of the caste-based parties and substantial gains for the centrist Congress. A national government more stable than anyone had expected was in place. Meanwhile, it appeared that Indian industry was picking up once more - projected growth rates were in the region of five to six per cent, well above the global average.

These recoveries have led to the renewal of the idea that India, and Indians, are on the verge of claiming world leadership. Once more, the 'S' word has begun to appear in conversations in television studios and private living rooms alike.

Consider in this connection the special issue of the Delhi newsmagazine, India Today, August 24, 2009. The editor of the issue writes that "it's wonderful to believe that the Indian awakening is the next big global bang, but our aspiration is not yet matched by the actions of our political class". In other contributions, a political scientist speaks of how "India has become a place where Indians want to be", and of how "this new self-belief and confidence in things Indian, and in this country, is felt especially among the young". He goes on: "Among young Indians, there is a growing sense that India has to further its entry into the global domain - that self-isolation is not the way forward."

An article by a professor of management argues that we are now moving from "soft state to superpower"; that, by championing "justice and compassion from a foundation of multi-dimensional strength", India "will lead nations towards cooperation and inclusion. We will help the world heal, and the earth heal".

Meanwhile, an Indian entrepreneur begins his article in this exultant vein: "When I think about India's emerging economic clout on the world scene, I am reminded of Victor Hugo's famous quote: 'No power on Earth can stop an idea whose time has come'." He continues: "Today, many global observers perceive a sense of inevitability about India's rising economic status alongside China in the long run. I have no hesitation in weighing in with this rapidly growing group." Since "the contours of the global power balance are set to be realigned", argues the entrepreneur, "as a nation, we have to stand up and take destiny in our hands and make it happen".

These anticipations are resoundingly endorsed by the one non-Indian contributor to the issue, the Singaporean diplomat, Kishore Mahbubani. He thinks that "both China and India have an extraordinary opportunity to shake off two hundred years of incompetent performance to become the world's two greatest powers ... It is also clear that all of Asia wants China and India to succeed".

Mahbubani ends with this exhortation:"This is why the moment has come for the Indian establishment to engage in deep reflection on India's future in the next 100 years. Such moments of historical opportunity as we are experiencing now never come easily. A favourable correlation of forces has opened a new window of opportunity for India. And if India can engage in new and bold strategic thinking and slay several sacred cows along the way, the Indian dream may finally be realised."

In my view, such talk is premature, perhaps even foolish and utopian. The seven structural problems I identified in my 2008 essay remain - six in full force, the seventh marginally attenuated (for, as the Dravida Munnetra Kazhagam's extraction of profitable ministries demonstrates, the Congress is by no means immune to blackmail by coalition partners this time around). On reflection, I would add three more problems - the disturbed neighbourhood (with Pakistan, Nepal, Bangladesh and Sri Lanka all mired in internal conflicts of their own); the unreconciled borderlands (consider the discontent in Manipur, Nagaland, and Kashmir); and the shocking incapacity of our public institutions, as manifest in the malfunctioning of our universities, our law courts, our hospitals, and our civil services.

There are therefore 10, not seven, reasons why India will not become a superpower anytime soon. But I would call into question the ambition itself. Should not nations judge themselves by their own standards, rather than seek to participate in some kind of global 100-metre race, the winner to be judged by number of billionaires in the Forbes list or size of nuclear arsenal? Rather than seek to dominate or tower above other nations, the republic of India must seek to be less discontented and less divided within.