The Tsunami of 26 December did not invade several coastlines to the degree it did many others because of mangroves and coral reefs. Mangroves offer double protection, but India has seen their rampant cutting down in favour of tourism and shrimp farming, says Devinder Sharma.
11 January 2005 - 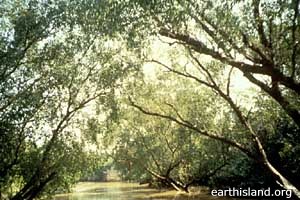