Maybe the pro-farmer claim was a typing error. This is a budget crafted for, and perhaps by, the corporate farmer and agribusiness, writes P Sainath.
04 March 2010 -

Gee! Another pro-farmer budget. Going by the media, every budget this past decade has been one. Editorials across ten years have always found "a new thrust" to agriculture that spelt "good news" for the farmer. Rarely mentioned are the massive subsidies, now larger than ever before, for the Corporate sector. This year alone, the budget gifts over Rs.500,000 crores in write-offs, direct and indirect, to the Big Boys. That's Rs.57 crores every single hour on average - almost a crore a minute. Beating last year's Rs.30 crores an hour by more than 70 per cent. (See Tables 5 and 12 of the "Statement of Revenue Foregone" section of the budget.)

Maybe the pro-farmer claim was merely a typo or proofing error. They just dropped the word "corporate" before "farmer." Reinstate that and all is true. This is a budget crafted for, and perhaps by, the corporate farmer and agribusiness.

Some television channels set the tone for the debate before the budget in giant hoardings: Will Pranab Mukherjee function "like the CEO of India Inc., or will he behave like a politician?" The message was straight: the finance minister's job is to serve India Inc. not the people of India. A second ad in this series read: "Will FM's speech DESTROY or CREATE Market Wealth?" In the event, the Finance Minister more than lived up to their demands. The budget hands out new bonanzas for Corporate Kleptocrats. It goes further than earlier ones in pushing the private sector as prime driver of development and economy. Not the public sector.

Take Mr. Mukherjee's "four-pronged strategy" for agriculture. The first of these, "agricultural production," could mean anything. The other three are a goldmine for large corporations, not the countless millions of small and marginal farmers who produce India's food. Take "Reduction in wastage of produce." This means more big bucks for companies setting up storage facilities. Take this together with the related "Credit Support to farmers." Already, an Ambani or a Godrej can set up a cold storage in Mumbai and get agricultural rates of credit for it. That's thanks to our re-jigging of what "agricultural credit" and "priority sector lending" mean. This budget takes that process further.

More and more of "agricultural" credit will go not to farmers but corporations. Indeed, "even External Commercial Borrowings will henceforth be available for cold storage or cold room facility." The budget even says: "Changes in the definition of infrastructure under the ECB policy are being made" to foster this process. Some of those changes have already happened. Several of the loans disbursed as "agricultural credit" are in excess of Rs. 10 crore and even Rs. 25 crore. And even as loans of this size steadily grew in number between 2000 and 2006, agricultural loans of less than Rs. 25,000 fell by more than half in the same period. (See Revival of Agricultural Credit in the 2000s: An Explanation. R. Ramakumar and Pallavi Chavan, EPW December 29, 2007.)

Met any subsistence farmers taking out Rs.25 crore loans lately? Nor will it be small or marginal farmers availing of the "full exemption from customs duty to refrigeration units required for the manufacture of refrigerated vans or trucks." Nor is the "infusion of technology" proclaimed going to help them.

The budget promises "appropriate banking facilities" in every village with a population of over 2000. Since 1993, the number of rural branches of scheduled commercial banks has steadily fallen, even as the rural population has grown. So taken together with the licenses to be given out to private operators, this means the new branches will be those of private banks. Not one of whom has an iota of interest in small and marginal farmers. Nor are they bound by the social banking obligations that once guided the nationalised sector. "A thrust to the food processing sector" is exactly the same. More cash for big companies. You know who the "state-of-the-art infrastructure" will be built for - with public money.

Of the many claims the media have dished out for weeks now, none is more absurd than the fiction that farmers have gained massively from soaring food prices. And that rural India is doing so well, its saving the rest of us. (And doing that on a projected growth of minus 0.2 per cent). 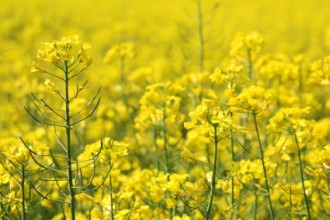 Of the many claims the media have dished out for weeks now, none is more absurd than the fiction that farmers have gained massively from soaring food prices.

•  Of loan waivers and tax waivers
•  What a lovely waiver!
•  CEOs and the wealth of notions

Higher MSPs certainly helped ease pressure. So have higher global prices for some products in a few cases - briefly. But with higher food prices, with retail prices rising many times faster than wholesale, where does the farmer begin to benefit? Farm gate prices are way below those of even the wholesale markets. Further, over 70 per cent of Indian farmers are net purchasers of foodgrain. (Between 55 per cent and 60 per cent of the average Indian farm household's monthly per capita expenditure goes on food.) Huge rises in food prices crush them.

Remember the excuse trotted out for letting Big Retail sell agricultural produce? It would do away with the "middleman," giving farmers and consumers a better deal. Yet prices of fresh produce are costlier at big retail's outlets. You still get a better deal from the petty vendor on the street. Often, that pathetic "middleman" they're crushing is a poor woman street vendor. The last and weakest link in the chain of intermediaries between farmer and public. The new middlemen wear suits.

The 'higher-prices-benefit-farmers' mob seems clueless about what has happened with cultivation costs. It took Rs.2500, for instance, to cultivate an acre of cotton in Vidarbha in 1991. Rs.13,500 in 2006-07 and Rs.18,000 to Rs.20,000 today. (Counting family labour and like costs). The 'gains' from these higher costs are cornered by the corporate world in sectors like seed, fertiliser and pesticide. Soaring input costs have been crucial to farm bankruptcies, debt and suicides. The looming cuts in fertiliser subsidies won't spark rural euphoria either.

An incentive to repay loans on time - which millions of farmers cannot do - is being passed off as an additional subsidy to the aam kisan in this budget. And there is still an air of self-congratulation on the Rs. 70,000-crore farm loan waiver of 2008. A one-off waiver that comes once in so many decades. Yet revenue foregone in this budget in direct tax concessions to corporate tax payers is close to Rs. 80,000 crores. It was over Rs.66,000 crores last year. And Rs.62,000 crores the year before that. In all, Rs. 2,08,000 crores of direct freebies in 36 months.

Consider that this loot-and-grab sortie has been on for two decades now. It means that in direct tax freebies alone the corporate sector has had the equivalent of some 15 'farm loan waivers' since 1991. Then there's the indirect stuff. In this year's budget: Revenue foregone in excise duty - Rs.170,765 crores. Customs duty - Rs.249,021 crores. Together with the Rs.80,000 crores in direct write-offs, the total nears Rs.500,000 crores.

The media's shameless lobbying for Corporate "wishlists" began weeks before the budget. A class and vested interest analysis of the writers, panels, discussants, "experts" (and anchors) would be edifying. Budget time is when Big media are seen for what they are: stenographers to the powerful.

Ill-informed aam aadmi rants in the streets are quickly 'balanced' by 'the experts.' Sure, there is, in a few panels, the odd dissenter. This discussant the anchor always turns to with a wry smile of amused tolerance. The unstated message to viewers: "here's this whacko with his loony left delusions. Accept him as the comic relief in what are otherwise serious discussions."

Never mind that some of these deluded dissenters warned - correctly - of the type of crisis that shook the world in 2008. Not one of the "experts" ever came within miles of predicting that meltdown. They were in fact proclaiming the Golden Age to be upon us when their babble hit the fan. But no questions on their competence. Many of the "experts" have direct ties to large corporations and peddle their interests with zest. Sometimes, with a little more sophistication than panting media hucksters who show not a trace of the scepticism their profession demands of them. Straining at the leash to beat their rivals in serving the richest 1 per cent (or less) of Indians.

Mr. Mukherjee's budget speech spouts dated World Bank babble about the "the focus of economic activity" shifting "towards the non-governmental actors." And about "the role of Government as an enabler." (Private corporations and football clubs also qualify as non-governmental actors, but never mind). "An enabling Government does not try to deliver directly to the citizens everything that they need. Instead it creates an enabling ethos..." His budget does that. It enables a grasping corporate world to grab more public wealth. And the entrenchment of perhaps of the most parasitic elite in the planet.