Delhi, infamous for high air pollution, has been experimenting with its odd-even formula to curb the movement of private vehicles from Jan 1st. After one week of the programme, there is no visible change in the pollution level. Much more action may be needed, writes Akshatha M.

In 2010, a team of researchers from University of California, Berkeley, conducted a study on people inhaling toxic while traveling in Delhi. The study resulted in an alarming revelation. PM (Particulate Matter) 2.5 concentrations inside vehicles could be 1.5 times higher than the surrounding background air (ambient concentration) and ultra-fine levels are about 8.5 times higher, the research proved.

As a part of the study, the researchers had measured the actual particle concentration inside the vehicle amidst the moving traffic. The increased air pollution in Delhi specially caused due to heavy vehicular movement was affecting commuters as they were inhaling much more harmful particles inside the vehicles during their travel when compared to ambient concentration. This, the researchers believed, was causing serious health concern.

Nearly 55 per cent of the population in Delhi lives within 500 metres of a major road, says an analysis by Health Effects Institute (HEI). Going by this statistics, a large number of people who are living close to the main roads are more exposed to traffic generated pollutants causing health impact. 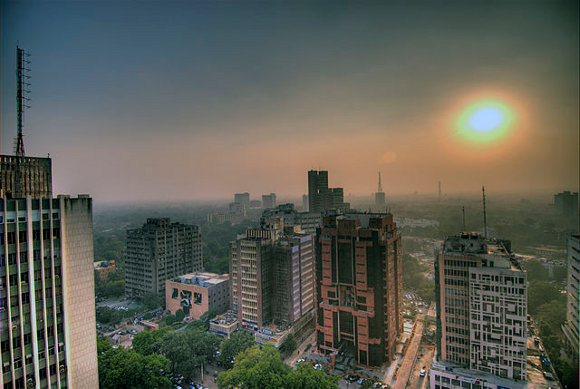 Discussion over air pollution in Delhi is not new at all. The rising pollution level in Delhi has always been talked about and some measures were taken in the past to control the pollution level. However, the recent Delhi High Court’s observation that the national capital has turned into a “Gas Chamber” and its instruction to the State government to deal with environment emergency, forced the government to moot the idea of road-rationing.

The odd-even formula for private vehicles in Delhi has been a hot topic of the day. In a quick move, the Delhi government declared to implement road-rationing for a fortnight starting from the New Year Day, on a  pilot basis. The formula is all about plying the vehicles (cars) whose last digit is odd or even on alternate days. This intends to cut down the private vehicles movement by half, for 15 days.

Within days after the Delhi government announced its plan, co-incidentally, the city witnessed highest level of air pollution of this year on December 23, reflecting the worsening environmental scenario. Data by System of Air Quality and Weather Forecasting and Research (SAFAR), which operates under Ministry of Earth Sciences showed that on December 23, PM 2.5 levels in Delhi were at 295 microgram/m3 and PM 10 level were at 470 microgram/m3. As winter has set in the city, the high level of air pollution has given an emergency health warning to Delhites.

Two major decisions to curb air pollution caused by vehicular transport are being taken up simultaneously in the city. One - the odd-even formula to lessen the vehicular burden on Delhi roads and environment. Second - ban on registration of luxury diesel cars in Delhi and National Capital Region (NCR).

The state government’s first decision was taken after Delhi High Court’s observation on soaring pollution level, whereas the decision on the temporary ban on registration of diesel run private cars, is the result of Supreme Court’s direction to the state government. Notably, both the decisions are taken due to judicial intervention.

As far as the odd-even formula is concerned, the government expects nearly 10 lakh private cars to remain off-road everyday. That is, of the 20 lakh private cars registered in Delhi, 10 lakh cars will be off-road on any given day for the said 15 days.

“This system is most likely to reduce the level of air pollution,” believes Anumitra Roychowdhury, Executive Director for Research and Advocacy at the Centre for Science and Environment (CSE).

The government for a long time has been declining the role of vehicles in causing air pollution. The Ministry of Environment, Forests and Climate Change, in an affidavit submitted to the Supreme Court had contended that the vehicles PM 10 contribution is less than 7 per cent, and that road dust, industries and power plants are major contributors.

This affidavit was based on the National Environment Engineering Research Institute (NEERI) research which had said that the major source of pollution was road dust (52%), followed by industry (22%) and burning garbage (18%). But, the environmental organisations like CSE had denied the government’s claim and had questioned why the government was not taking PM 2.5 into consideration.

Disapproving the government statistics, CSE had said that a quick analysis in Delhi had shown that pollution level was less on national holidays when the traffic volume is less. For instance, on January 26, 2013 (Republic Day), PM 2.5 levels in R K Puram in South Delhi declined by 1.5 times compared to the previous day.

A study by Goel and Guttikunda in April 2015, gives a clear picture of various sources contribution to particulate matter in Delhi. The statistics is drawn by taking the average of all samples of the Central Pollution Control Board. According to the study, the top three share for PM 10 comes from dust (45%), waste burning (17%) and transport (14%). As far as PM 2.5 contribution is concerned, the highest share is from waste burning (27.5%), followed by transport (22.7%) and diesel generator sets (14.6%).

Why the exemption to two-wheelers? 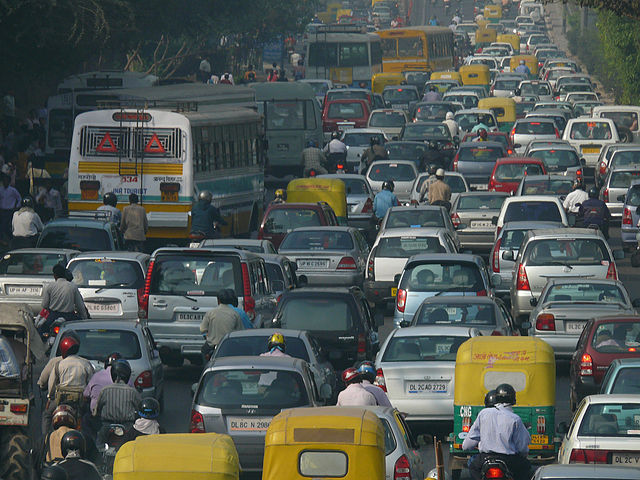 Commenting on the exemption granted and how these exemptions might harm the programme execution, Anumitra says that more exemption we make, identifying such vehicles will be a problem.

“Moreover, the government should have included two wheelers too in the scheme. If we take into account the air pollution share of different vehicle segments, two wheelers roughly contribute 64 per cent of particulate of the total vehicle contribution. With 50 lakh registered two-wheelers in Delhi, they pollute more than other vehicles. The particulate contribution of cars is 28 per cent. Therefore, it is important to bring two-wheelers into the odd-even ambit,” she says.

It is a proven fact that the diesel run vehicles pollute the air much more than the petrol based vehicles. Fragile policies such as availability of subsidised diesel and promotion of diesel run cars, have given license to pollute through diesel vehicles.

“Diesel cars are a quarter of total cars in Delhi, but they emit 60-70 per cent of the PM 2.5 from vehicles. One diesel car emits as much NOx (Mono-Nitrogen Oxides) as 3-5 petrol cars,” Anumitra says, while emphasising the need to de-incentivise diesel cars.

The WHO International Agency on Cancer Research reclassified diesel emissions as class Carcinogen, same class as tobacco for its link with lung cancer In 2012. It reflected the harm caused by diesel based vehicles.

How is the govt implementing road-rationing?

It has been nearly a week since the Delhi government implemented the odd-even formula on the city roads. With nearly 10 lakh vehicles remaining off-road everyday, how will the government substitute private vehicles, was the question boggling many.

A couple of days before implementing the scheme, Delhi Transport Department Special Commissioner Sanjay Kumar Saxena told India Together that the department will have the responsibility to accommodate additional five lakh people in public transport system.

“For this, we have deployed 3000 additional buses and 1000 buses will be added to the fleet. These buses and tempos are not government vehicles, but we are accommodating private carriages and school buses to transport people on temporary basis,” he said.

On the implementation challenges, he said the transport department will work in coordination with the police department. “Traffic police will play a major role in nabbing the rule violators and imposing penalty of Rs 2000. The police department has the manpower and logistics to strictly implement odd-even rule,” Saxena added.

On being asked what is the department’s take on reduction in the air pollution due to the new rule, he said he is not in a position to quantify now. “This is just an experiment. We will get a clear data about reduction in air pollution after the 15 days of implementing the odd-even formula. Based on the result, the government will decide on whether to continue the system or not,” he added.

In a week of implementing road rationing in Delhi, the air pollution level in the city continues to be the same. However, the streets have become congestion-free, facilitating speed traffic movement. Air Quality Index of SAFAR as well as IndiaSpend have shown high level of particulate matter this week.

Except one, all of IndiaSpend’s 17 sensors across the National Capital Region recorded “severe” air pollution level, with some sensors registering record high.

The reason for this is believed to be the existing climatic conditions. The Hindu reports, SAFAR Project Director Gufran Beig has associated the PM 2.5 level to existing weather conditions. Fall in wind speed and increased moisture level is said to have stopped pollutants from getting away.

However, the Delhi government on Tuesday claimed that there was “definitive decline” in the air pollution during last one week. The government stated that a team from Delhi Pollution Control Committee collected data through mobile dust samplers using Light Scattering Technique in 20 locations in Delhi on January 4, and the data showed a decline in PM 2.5 concentrations.

Delhi, which has bore the brunt of air pollution, has taken other measures too in the past, to control pollution. Some of the measures include barring the entry of trucks which are more than 10 years old from entering the city, shutting down of coal based power plants, ban of trash burning etc.

Several measures have been taken to control air pollution in Delhi, some weak and some strong, but no action was taken so far to control pollution caused by private vehicles.

At last, something is done to tackle vehicle pollution too, says Anumitra, hoping that the experiment will yield result leading to policy changes in future.