The Mayawati government proposes to reduce the distance that farmers must travel to take their produce to market to an average of seven kms. This should help farming families boost their incomes, writes Devinder Sharma.
01 May 2011 -

In the midst of the polarised debate over the need to allow big supermarket retail giants like Wal-Mart and Tesco into India, Uttar Pradesh has laid out a roadmap for expanding the existing network of mandis (agricultural market yards) by adding another 2105 in the next four years. This step alone will remove the supply-side constraints that we often hear about, and provide an assured market for farmers. It is primarily because of the wide network of mandis and that too at approachable distances from farms that Punjab has turned into a food bowl.

I vividly remember what the distinguished agricultural administrator, late Dr M S Randhawa once shared with me. Soon after Punjab had sown the seeds of the Green Revolution, the then Chief Minister Laxman Singh Gill had approached Dr Randhawa and asked him what he could do to ensure his name would be imbibed in history. Randhawa's advice to him was to set up a network of link roads that make it easy for farmers to access the mandis.

Laxman Singh Gill made the investment in providing link roads between villages and the procurement centres. The rest is history.

I am so glad to see the Mayawati government making the right kind of marketing investment in agriculture. The proposed network of mandis will save UP farmers from invariably selling their produce in distress. In the absence of a network of mandis there has hardly been a harvest season when farmers have not been exploited and duped by the middlemen. It is not unusual to see farmers carrying their harvested produce to mandis in neighbouring states. Much of the wheat harvest from western UP, for instance, flows each year into the mandis in neighbouring Haryana.

UP is the most populous State in the country, and is also the biggest producer of foodgrains. But except for some parts in the western region of the state, agricultural marketing infrastructure remains in its infancy. Unlike in Punjab and Haryana, which have well-laid out network of mandis and procurement centres, UP had lagged behind all these years. Only 300 procurement centres have existed. Farming has therefore been perceived as a curse. Without an assured market, farmers have no incentive to make the right kind of investment to improve production. Nor do they receive the right price for their produce. 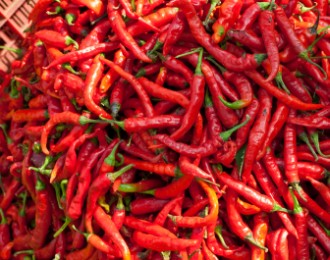 The proposal now is to set up 500 mandis every year. The huge network of mandis when complete will also reduce the average distance a farmer will need to cover to take his harvest to the nearest mandi to approximately seven kms. Instead of handing these mandis to the private sector, as the Planning Commission has been insisting, Chief Minister Mayawati has taken the right decision to let these mandis be operated by the State Agricultural Produce Marketing Board.

There is no denying that over the years commission agents have virtually taken over control of the mandis. Much of this problem is simply because the political parties have handed over the control of the mandis to middlemen. Instead of being managed by professionals, most of the mandi boards in the country are controlled by the commission agents. The answer, therefore, does not lie in dismantling the mandis and handing them over to the private companies. A better regulatory system without any political interference can rejuvenate the mandi structures, and make it effective.

Nor does the answer lie in allowing the big food supermarkets to set up shop in India. Although the Ministry of Commerce and the Planning Commission are pushing for the entry of big retail giants like Wal-Mart and Tesco into India arguing that big food retail would provide a better price to farmers and also make the produce cheaper for the consumer. The big organised retail is also expected to ensure smooth supply chain linking the farm to the fork, thereby squeezing the middlemen.

I find there is now more pressure to seek entry of private players in the name of more tangible reforms in agricultural marketing. The International Food Policy Research Institute (IFPRI) says: "So far, in India, while Wal-Mart has succeeded in opening one cash-and-carry outlet since its alliance with Bharati telecom, Tesco has entered into a franchise agreement with Tata Trent, and Carrefour is still scouting for a suitable partner. In the meantime, farmers are robbed in the mandis while consumers pay through their nose to retail vendors."

This is a flawed argument. Past experience show that big food retail has neither benefited the farmer not the consumer. Nor has big retail helped in creating jobs.

Claims by the big supermarkets to be driving economic growth by creating thousands of jobs have been exposed as a sham. In England, it has now been shown that supermarket chains like Tesco and Sainsbury have failed to live up to their promise of creating thousands of jobs and thereby driving up the economy. In the past two years, Tesco had promised to create 1000 jobs, and Sainsbury another 13,000. Newspaper reports say that Tesco has created only 726 jobs, while Sainsbury actually laid off 1600 of its existing employees.

If the supermarkets were really so efficient as they claim to be, and provided dynamism in their operations, why is the United States providing massive subsidies to farmers. After all, the world's biggest retail giant Wal-Mart is based in America and it should have helped American farmers to become economically viable. But this did not happen. American farmers have instead been bailed out by the government, providing a subsidy of Rs. 12.5 lakh crores between 1995 and 2009, and this includes direct income support.

What is therefore urgently required is not to copy that failed model, but to set up a nationwide network of mandis in India. The evidence is right before our eyes, from our own experiences in Punjab. Assured procurement in the mandis is the backbone of income security for farmers in the state, and it has motivated them to invest in improving their production over the years. In Punjab, you rarely hear of distress sale at the time of harvest. In UP, there is hardly a year when reports of distress sale do not pour in.

It is the absence of mandis in India's most populous state that has so far gone to the disadvantage of farmers there. According to the National Sample Survey, the monthly income of an average farming family in UP is the lowest among all the states. The decision by the UP government to fill this gap in the market infrastructure for farm produce should go a long way towards revising that poor record.