RTI and EIA collide at NIO

The National Institute of Oceanography has repeatedly attested that the Adani group's projects in Kutch would not negatively impact the region's ecology, but admits this only reluctantly. Kanchi Kohli reports.
14 September 2010 -

Every desert has oases, says the first chapter of a draft report describing the life and times of Kachchh district of Gujarat. These four words attempt to tell a story of how a harsh and rough terrain is also a rare ecological zone, vibrantly diverse in species, habitat and cultural diversity. And the oasis here is the coastline encompassing fragile mangroves, mudflats, estuaries and inter-tidal zones that are home to the rarest of flora and fauna. A significant area of the district is an extremely fragile inter-tidal ecosystem. It is only recently that I realised that the name of the district literally means "something which intermittently becomes wet and dry".

But this desert also presents a mirage - of a consumptive industrial dream. It is a conviction that has driven the coastal and marine landscape to be built over and tapped for thermal power generation, ports, storage and shipment facilities. Understandably, this massive land-use change is impacting not just the landscape, but also the people who have lived here for generations. Traditional and commercial fishing, salt panning, grazing and other artisanal livelihoods are under threat.

Many have constructed this mirage, some much more than others. One recent target of locals' anger is the Goa-based National Institute of Oceanography, which is one of the is one of the 38 constituent laboratories of the Council of Scientific & Industrial Research of the Government of India. Since 1998, the NIO has carried out numerous marine Environment Impact Assessments (EIAs) for the Adani group, one of the biggest industrial players in the district. Since 1994 the preparation of an EIA has been a mandatory requirement to obtain environmental clearance for large projects. Project proponents hire the services of a consultant to carry out this assessment. In Adani's case, the NIO was the EIA consultant for 21 projects. 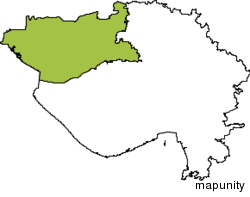 Locals complained about an EIA report which omits the most obvious facts, stating that there is no commercial fishery on the Mundra coast in the Kutch region.

It took some digging to unearth this information. For the applicants, it was not easy to get a response from the NIO. Ironically, the person who responded to the RTI application filed by Usmangani Sherasiya dated 24 January, 2010 was Gajbhiye himself. In a very casual email response, he gave the reason for the rejection of the RTI application as the information had been "explained you all peoples personally" [sic]. What he was referring to was an instance when representatives of the fishing community had approached the NIO team seeking clarification on the purpose of their visit to the area - they had responded saying that the NIO was checking the pollution levels in the sea on behalf of the Government.

When this was objected to, another Public Information Officer, Dr. Tapaswi, cited a different reason for rejecting the application - stating that the documents are not in order. The explanation given was that the postal order by which the application was sent was drawn in the wrong name. It was only after a second appeal was filed that the NIO revealed how many EIAs it has carried out for the Adani group.

In a recent letter to the NIO, local fisherfolk organised together as the Machimar Adhikar Sangharsh Sangathan (MASS) and Kutch Zilla Machimar Association have expressed their anguish. Their letter, dated 22 August says, "traditional fisherfolk working along the Kutch coast of Gujarat are facing displacement and loss of livelihood due to rapid industrialisation in the Kutch coast for the last 5 years. The unique ecology of Gulf of Kutch is undergoing rapid and irreversible damage due to the destructive activities of the industries like the Adani group. We are pained to see that certain persons representing reputed institutions like NIO are colluding with these industrial giants and assisting these industries in their environmentally destructive activities by understating the project impacts in the EIA reports and misleading the public."

In their letter to the NIO, the organisations quote the information they have received through a tedious process under the Right to Information (RTI) Act, showing that since 2003, 17 of these EIAs were led by one NIO scientist in particular, S N Gajbhiye. But that is not their real grouse - it was the quality of the reports.

One instance, which is cited in the letter, is related to the EIA prepared for the Adani Waterfront Development Project. The marine EIA for this project project severely understates the extent of fisheries in the area, and underplays the impact on the livelihood of fisherfolk and environment of the region. The report omits the most obvious facts, stating that there is no commercial fishery on the Mundra coast in the Kutch region (where the project is presently under construction). It also makes no mention of the fragility of the coastal stretch, and the traditional methods of fishing carried out in the region. 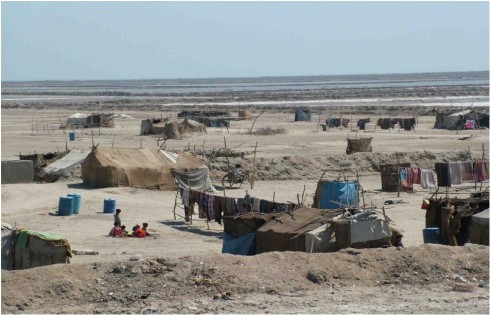 The scientists were not even aware of the existence of Kutch's second largest fishing settlement on a sand bar in Bhadreshwar coast, until some of the local fishermen invited the scientists to the Randh Bander.

The Mundra coasts boasts of an extremely interesting traditional fishing practice called pagadia (fishing on foot), which is under severe threat due to the rapid industrialisation in the area. Both men and women are involved in such fishing, with women almost entirely handling the sale of the fish catch. "NIO's marine EIA for the Waterfront Development Project", says Bharat Patel, an activist working with MASS, "has no mention of this unique fishing practice."

Another NIO team - again lead by Gajbhiye - is presently preparing a marine EIA study for Adani's KPGL power plant in Bhadhreswar coast in Kutch. The letter addressed to the NIO Director says, "we have already expressed our opposition to the high-handed and meaningless manner in which the marine EIA study is being carried out in collusion with Adani officials. In fact, the scientists led by Gajbhiye were not even aware of the existence of Kutch's second largest fishing settlement on a sand bar in Bhadreshwar coast, until some of the local fishermen invited the scientists to the Randh Bander and explained the real situation." The fisherfolk groups have separately written to Gajbhiye in this regard back in March 2010, and received no response.

What is also interesting is NIO's response to one of the questions in the RTI application. The application asks if NIO has ever verified if Adani has complied with any recommendations given by them. The answer was a simple "NO." Over the years, this organisation of international repute has carried out EIAs for a company without ever understanding where their recommendations are headed! On the ground, people engaged in fishing, salt panning, grazing and other livelihoods around the project sites have seen their land shrink and access curbed. No effort has been made to include their experiences into the preparation of the EIA. The Mundra and Bhadreshwar coastlines are struggling to keep their form, as a result - a dramatic change, most of which is irreversible.