Kerala lacks a system to rehabilitate migrant child labourers. Navya P K finds out how rescued children are sent off to their home districts, and then forgotten.

Rakesh, Harish and Raju* have been rescued from a travelling circus, and sheltered at a boys’ home in Trivandrum. They expect their parents to come next day and take them back to their villages in Chhattisgarh. The eldest, 16-year-old Rakesh, says that he has been playing dhol at the circus for the past seven years; he plays for 5-7 hours a day. He had studied till 4th standard in Chhattisgarh, but was unable to study further as there was no upper primary school nearby.

Harish (11) and Raju (5) have never been to school. Harish has been doing rope walking for the past three years. Raju has been doing small bits during shows, like bringing topi and dancing, for 1-2 years. He hardly speaks. Rakesh says that he cries for couple of hours when his mother visits, and is almost mute otherwise.

Rakesh wants to study further, but says he will do as his parents say. “They wanted to send me to school, but couldn’t. I will go to work or back to the circus if they say so. I didn’t like to work, but had to,” he says.

The children are unaware that they would be sent to the Child Welfare Committees (CWCs) in their native districts, and not to their parents. The Trivandrum CWC had found the parents unfit to care for the children. No one knows what would happen to the children once they get to Chhattisgarh.

Child labourers in Kerala are mostly migrants, and the procedure is to send them back to their native districts as soon as possible. But once the children leave, there is no follow-up on their cases.

Upon rescue, children are first sheltered in government or non-government children’s homes. The district CWC decides whether to send the child back with his parents or to the CWC of his home district, or if he should be retained in a children’s home here. Restoration, or sending the child back to his parents, gets priority. This is as per UN Convention on Rights of the Child, and also India’s JJ Act. After restoration, the next best options are adoption and foster care, which are not used commonly by CWCs. Institutionalisation (in both government and non-government children’s homes) is supposed to be the last resort. 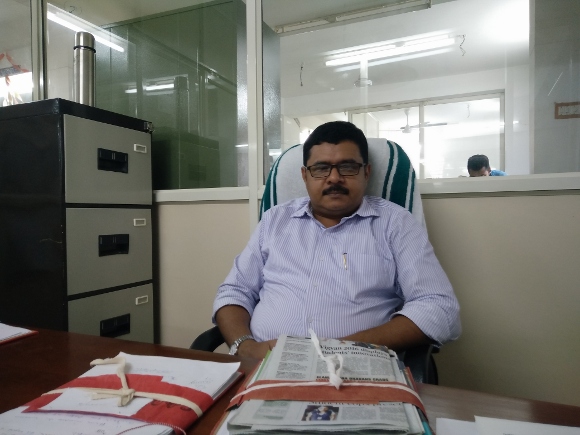 “The best rehabilitation is to send the child back to his home state, so that he can retain his culture, language, family and connections,” says Naseer Chaliyam, Member at the Kerala State Commission for Protection of Child Rights (KeSCPCR). A child is sent to the CWC in his district, if his parents are not identified or if they can’t care for him.

“There have also been verbal directions from the Social Justice Department, to not retain the children here, as they could become a burden to the state. They fear that it could lead to parents from other states sending their children here,” says Fr Joye James, Chairman of Trivandrum CWC and Convenor of Kerala Childline Forum.

It is unclear whether child labourers who are sent back - either to their families or to CWCs - benefit at all. Shihabudheen P T, district coordinator of Malappuram Childline, mentions cases of two children who were sent back, but returned to work. “Upon return, they were doing the same kind of work, but in a different part of the district. Many children do not have a proper family to go back to - many have single parents or do not have a proper address,” he says.

Fr James opines that conditions of CWCs and children’s homes in most states are quite poor compared to Kerala.

A 2013 report, commissioned by the National Commission for Protection of Child Rights (NCPCR), found that CWCs’ case disposal systems were problematic. The report was based on a review of studies done between 2009 and 2012. Around 135 CWCs from seven states - Andhra Pradesh, Delhi, Karnataka, Maharashtra, Tamil Nadu, Uttar Pradesh, and West Bengal - formed the sample.

The study pointed out that CWCs suffered from poor infrastructure and case overload; and in some districts, CWCs did not exist at all. Many CWC members were regularly absent during sittings.

The report says that CWCs mostly commonly institutionalised children rather than restoring them to their families. A major reason for this was the lack of competent government support staff to do thorough social inquiries that are required before restoration. Restoration rates of Delhi CWCs were relatively high at 40%, but these were found to be done without proper inquiries. In many cases, children were sent back to abusive families, and no follow-up was done. There was no follow-up in over 93% of all  restored cases. The situation was similar in other states.

On the other hand, in UP and West Bengal, many children who were eligible for restoration continued to be institutionalised.

CWCs also tended to order long-term institutionalisation  instead of short-term. In long-term institutionalisation a child can get out of the children’s home only after turning 18 years old, while in short-term the child’s case can be reviewed within 6 months and the child can be sent back to his home. CWCs also did not follow up on these children or inspect their homes, as is required. In Maharashtra, 82% of institutionalised children had been given a long-term order. This meant that these children’s cases were not reviewed later, and any possibility of their restoration was foreclosed.

The report noted that most institutionalised children do not learn any skills to fend for themselves by the time they turn 18. Aftercare homes are supposed to help them integrate into mainstream society once they leave children’s homes, but such homes were extremely few, or non-existent in most districts. CWCs sometimes did not intervene in child labour cases, due to confusion on whether it is their responsibility or the Labour Department’s. In Karnataka and Andhra Pradesh, child labour rescue cases were never produced before CWCs.

“A system of continuous liaison with other states’ CWCs is needed, to follow-up on children sent from here,” says Naseer Chaliyam. J Sandhya, KeSCPCR Member, says the Commission is planning a study on child labour in the state.“Kerala is only a destination. We have to identify the situation in source states and find why these states are unable to care for their children. We will also look at how we can work with other state governments.”

Surendrakumar K K, Joint Director (General) at Social Justice Department, says that children are sent back to their home states as there is no facility to educate them in Kerala. “Children will face language barriers, and older children cannot be sent to age-appropriate classes. There are no schools here in which they can be integrated,” he says. 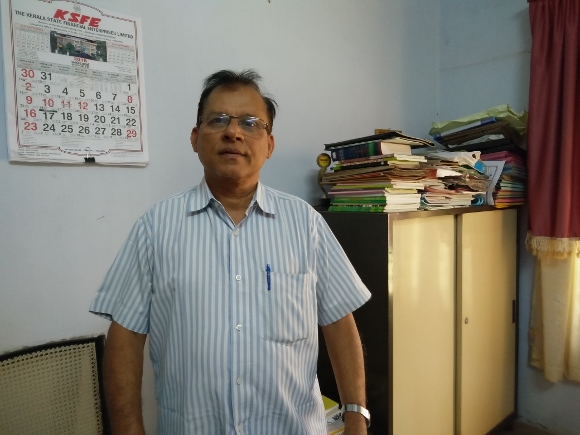 If the families of child labourers also happen to work in Kerala, the children can be educated here, says Fr Thomas P D, coordinator at Trivandrum Childline. “There should be a parallel system to educate the child in his own language, in every district. Kerala does have the capacity to care for rescued migrant children also, especially since children in need of care are relatively less here,” he says. Currently there are only a handful of government schools in pockets of the state that proactively integrate poor migrant children.

Murugan S, Founder of the NGO Theruvoram, opines that rescued migrant children should not be sent back to their states, as it is not in their best interest. He says, “Special homes are needed for children rescued from work and beggary. There should be bridge schools, and also open schools that give them both formal education and vocational training.” Murugan, a former migrant child labourer himself, is known to have rescued thousands of children from the streets.

Even if the children are to be institutionalised in Kerala, conditions of children’s homes here are poor. Officials and activists say that the homes are not child-friendly at all, and that children often have the impression of being jailed. Fr James says, “Children’s homes, including government homes, don’t have enough staff or professionally qualified people. Many staff members are daily wagers, and some are former inmates.”

A study among ex-residents of government children’s homes in Kerala, by the NGO Human Rights Law Network (HRLN) in 2015, found that majority were dissatisfied with their experience. The study, supported by the state Social Justice Department, was conducted among 144 people who had stayed in the homes between 1988 and 2014. Of the 144, 10 were juvenile offenders who lived in special homes. They had been institutionalised for minor offences, but went back to crime post-release; most were in prisons and one died in a gang war.

Of the remaining 134 people, many came from poor families and had joined children's homes to continue their education. But education was availed by motivated children only, and they were forced to do ITI courses despite their interest in doing regular courses. Many failed in the ITI exams. Though there were cases of physical and sexual abuse perpetrated by both inmates and caretakers, authorities did not address these issues. After release, most were not given the option of aftercare homes, or any financial assistance despite an existing provision for this. Majority became manual labourers; a few became habitual offenders.

But non-government homes in the state do not comply with these norms, and are not registered under the Act. They approached the High Court last year, when state government issued a circular asking them to get registered. Court gave them a stay on compulsory registration last June.

The HC stay has been extended four times, latest up till February 7th, as the government did not file an affidavit to get it removed. Jayakumar says that meetings are going on to decide how JJ Act should be applied to non-government homes here, and that government may file affidavit once a decision is made.

With such poor protection measures, activists say the best option is for village panchayats to register migrant children and ensure that they go to school.

M P Antoni, Convenor of Kerala Child Rights Observatory, says, “Jagrutha Samithis of panchayats are supposed to ensure protection of children, but these are not very active now. Local children themselves can identify and inform about child labour cases. Children are the best spokespersons for themselves.”

*Names have been changed to protect identities.

Series : This article is part of a series focusing on migrant child labour in Kerala. Navya P K was recently awarded the PII-UNICEF Media Fellowship, which supported her work on these articles. 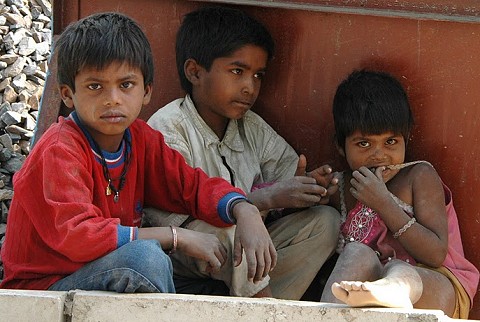 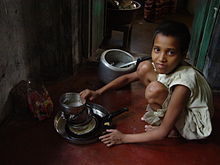 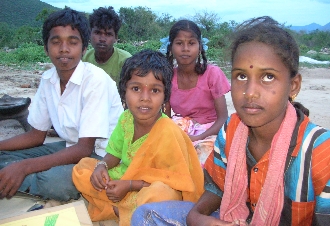