The quality of teaching and research in Indian universities has rapidly declined. Surely this has something to do with the manner in which we appoint those at their helm, writes Ramachandra Guha.
04 July 2009 -

Some months ago, a news item in the Bangalore edition of a national paper carried this headline, "Three shortlisted for Mysore varsity post". Since I am a former academic, and have known many past graduates and teachers of Mysore University, I read on further. The report continued to say that "finally, the search committee has shortlisted three candidates for the Mysore University Vice-Chancellor's post. The committee, headed by K. Balaveera Reddy, met on Tuesday. Sources told The Times of India that the shortlisted candidates are from Lingayat, SC and Vokkaliga communities. The candidates' names have been placed before the government".

The report mentioned the names of the shortlisted candidates, from which one could discern their respective caste affiliations. Remarkably, the news report did not carry any details on the qualifications of those who aspired to be the new vice-chancellor of Mysore University. What were their areas of academic expertise? What were their plans for reviving a once-good university now gone to seed? Apparently, these matters did not matter to the newspaper, as they did not to the government that was to make the appointment. Perhaps they were of no concern to the candidates themselves.

I suspect that, in these respects, the Mysore case is entirely typical. The appointment of vice-chancellors in Maharashtra would likewise be determined by caste and community affiliation, rather than academic or professional distinction. Has the state government appointed too many Marathas lately? Is it time to give a Dalit or a Brahmin a chance? These are the questions that shall exercise the mind of the education minister in Mumbai's Mantralaya. The considerations would be similar in Uttar Pradesh, except that here the Rajputs would come into the equation, as well as other locally influential castes such as the Lodhs. Meanwhile, in many northern states there would be pressures to have the odd Muslim vice-chancellor, and in Kerala to appoint the odd Christian as well. 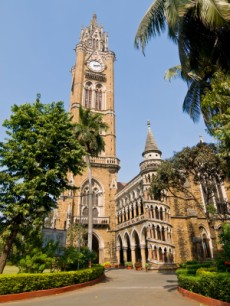 Universities do need to be representative institutions. However, it is at the level of the student body that representativeness matters most.

•  1857: The other revolution
•  The politics of illusion
•  The merit of reservations
•  Santiniketan: A creeping insularity

Sometimes the motivations are ideological rather than communitarian. When the Left Front was in power in Kerala, a historian of modern India was appointed vice-chancellor of, all things, a Sanskrit university. He had himself written a book on peasant revolts in the 20th century - no matter, since he was a Marxist, he was allotted the job that then opened up, even if its specifications were somewhat removed from his own area of expertise. Likewise, where and when the Bharatiya Janata Party is in power, academics - or pseudo-academics - who have an allegiance to Hindutva are often chosen for jobs for which their qualifications are dubious or non-existent. The Congress, for its part, tends to give academic preferment to loyal, long-time chamchas of senior party leaders.

In some quarters, this mode of analysis will be dismissed as a manifestation of Brahminical elitism. So let me quickly enter a disclaimer. I do believe that universities need to be representative institutions. However, it is at the level of the student body that representativeness matters most. Perhaps one-fourth of the seats can be assigned to those who come burdened with social disadvantage, such as Dalits and adivasis. A proportion - say 5 per cent - of seats can be reserved for those with physical disabilities. Universities should seek to provide scholarships for poor students, as well as safe and clean hostels for women students. And they must try especially hard to attract students from outside their district and state, so as not to sink into a provincial ghetto.

I am not opposed to a certain amount of affirmative action with regard to faculty recruitment, either. Historically, education in India has been monopolized by the upper castes - by Brahmins, Banias, and Kayasths in particular. These castes have had more - much more - than their fair share of PhDs and the like. Rajputs and Christians are also adequately represented among India's intellectual elite. However, Dalits, adivasis and other backward castes have, for reasons of history and social prejudice, not had the same kind of access to the best schools, colleges, and research institutions.

To redress this bias, there can certainly be some - but not excessive - reservation at the level of entry-level jobs. A certain proportion - according to the Supreme Court, 50 per cent - of lectureships and assistant professorships could be reserved for those of SC, ST, or OBC background. However, promotions from then on must be caste-and-identity-neutral. That is to say, to become an associate or full professsor one must make one's case on the basis of one's teaching and research alone.

If academic excellence must be paramount at the higher levels of the teaching profession, then surely this must hold true for the most important job in the university that of the vice-chancellor. To be sure, all other things being equal, or more-or-less equal, one may choose a candidate from a less privileged background. But the focus must clearly be on the candidate's record in teaching, research, and administration.

India has some of the oldest universities outside of the Western world. There were no Chinese or African universities when the universities of Bombay, Calcutta, and Madras were established in 1857. Where, for much of their history, European universities were ruled by priests and restricted to well-born men, Indian universities were, from their inception, secular institutions, open to all, regardless of gender, caste or religion. For a hundred years and more, our universities contributed enormously to the tasks of nation-building in India. In them were trained and shaped the men and women who fought for India's freedom, and who successfully oversaw the transition from colonialism to democratic self-rule.

Often, these universities boasted of scholars and departments of high intellectual excellence. C V Raman's Nobel-prize-winning research was conducted within the walls of Calcutta University. For many decades, the department of chemical technology at Bombay University and the department of economics at Delhi University were genuinely world-class. In the past few decades, however, the quality of teaching and research in Indian universities has rapidly declined. Surely this has something to do with the manner in which we have come to appoint the men and women at their helm? The same newspaper that reports neutrally and without comment that the vice-chancellor of Mysore University will and shall be picked on the basis of caste goes into an annual fit of apoplectic rage when The Times Higher Educational Supplement announces its list of the top hundred universities in the world, a list that always has no Indian universities but often features several Chinese ones.

We now have a new government in Delhi, and a new minister of human resource development. Since education is a state subject, his hands will not be entirely untied. But perhaps a start can be made with the institutions of learning under the HRD ministry, which include many universities as well as research bodies devoted to the humanities and the social sciences. For too long have their heads been chosen on the basis of caste, ideology or nepotism. Making intellectual capability the sole criterion for these Central institutions might send a welcome (and overdue) message to the state governments - apart, of course, from being a very good thing in itself.