A recent observation of the Supreme Court, while hearing a petition filed by a filmmaker challenging censorship of his documentary, has left human rights advocates in the country anguished and puzzled. Shoma A Chatterji explains why.
23 January 2015 -

Language has seen a lot of abuse in recent times, especially in political circles where political leaders and elected members of the assembly and the Parliament are habitually found to throw around words casually and carelessly, bothering neither about the significance of their words, nor their impact on the subject or associated realities. But can one expect a bench of the highest court in the country to use frivolous language that could have far-reaching implications for the spirit of justice?

Recently, while hearing a petition filed by filmmaker Pankaj Butalia challenging the Censor Board’s decision not to certify his documentary The Texture of Losses, a bench comprising Justices Vikramajit Sen and C Nagappan of the Supreme Court came up with an observation that has left the nation’s human rights fraternity completely taken aback, to say the least.

On 13 January 2015, the Supreme Court said that “it had become fashionable for activists in the country to talk about human rights violations in militancy-hit Jammu & Kashmir and other troubled spots while glossing over the other side of the story.” It further asked why filmmakers portrayed only alleged excesses committed by security forces in the state!

Before we dwell on the significance of these words, let us get a few facts straight.

First, who is Pankaj Butalia? Butalia is a noted filmmaker whose documentary Moksha (1993) or Salvation on the plight of the Bengali widows of Vrindavan won four international awards and one National Award. Before becoming a filmmaker, Butalia was a national level table tennis player and after obtaining a Masters’ Degree in Economics, he taught the subject for several years at the Delhi University. He became an activist in the film society movement at the national level and was Secretary of the Federation of Film Societies of India for eight years.

Over the years, Butalia has made eight documentaries and one fictional film. Many of his documentaries have been screened extensively throughout the world. His first feature film Karvaan, looking at the impact of Partition on contemporary as well as subsequent generations, received special mention at Amiens, France in 1999 and was screened in film festivals in Venice, Toronto, Rotterdam, Belgium, Hong Kong, Turkey, New Delhi and Calcutta among other places.

It is known, therefore, that Butalia is a filmmaker who puts his spotlight on subjects whose voices have been muted in the mainstream, whether it is that of the widows of Vrindavan, or the common man in Manipur living under the constant shadow of violence (Manipur Song). But does that justify labelling his film on human rights violations in the strife-ridden Jammu & Kashmir as “fashionable” and “one-sided”? Of course, Butalia or his film is not above the law of the land. But slighting the hard work, commitment and sincerity of a filmmaker needs to be questioned.

The three rather significant words/phrases used by the bench are fashionable, activists in the country and human rights violations. The afterword that accuses the filmmaker of “glossing over the other side of the story” is also a purely subjective comment and shorn of any logic or neutrality – the two basic tenets a court of law must adhere to.

To probe deeper, the dictionary gives several synonyms for the word ‘fashionable’ such as ‘chic’, ‘in’, ‘smart’, ‘stylish’, ‘swanky’ and ‘trendy.’ But what do these words have to do with either an activist or a creator’s expression in the language of his choice, in this case that being a documentary film on human rights violations as we understand it.

Even if one takes it to mean ‘conforming to current styles or trends’ – as it often denotes in common parlance – the word “fashionable,’ read together with ‘activists in the country’ and ‘human rights violations,’ is not just derogatory towards all activists and documentary filmmakers in the country but it also trivialises the very real instances of human rights violations.

It is also difficult to see why the judiciary should pass a moral judgement on a filmmaker who has only petitioned for an impartial, unbiased decision on a film he has made in his chosen form, presenting his side of a given story based on interviews and observation?

Coming to the second usage of language, who, pray, is an activist? An activist is any person who campaigns or raises his voice for some kind of social change. When one participates in a march against the closing of a neighbourhood library or demolition of a heritage structure, one is an activist. Any individual questioning or objecting to a perceived social ill or wrongdoing can be called an activist. 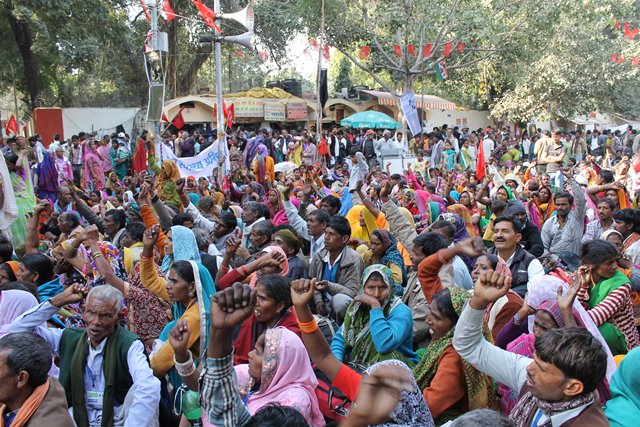 A common manifestation of activism is therefore protest, most often against some kind of human rights violation - irrespective of the degree and extent of such violations. An activist necessarily disagrees with the status quo and hence, demands change.

‘An activist is an especially active, vigorous advocate of a cause, specially a political cause,’ defines another dictionary. A ‘cause’ is always one-sided, otherwise it cannot remain a cause.

Having labelled Butalia an ‘activist,’ the Supreme Court has recognised and accepted that Butalia has taken up the cause of human rights protection in strife-ridden Jammu & Kashmir and is protesting against the violations. If that be the case, then how can the same bench accuse him of ‘glossing over the other side of the story’?

Being one-sided in such a context does not mean ‘glossing over’ the other side. It merely signifies focus on what is perceived to be a key issue of concern, just as army excess and human rights violations form the crux of the issue that the filmmaker has dealt with in his film.

Another important point to note is that the word ‘violation’ used as a suffix for “human rights” concedes that there has indeed been some violation. The violators must necessarily be on ‘the other side’ then. How logical is it then, to advise that someone raising a voice against that violation should also speak for the violators?

Of course, there are instances when a woman reaches home safe from work. But is it merely a “fashionable” act on the part of “activists in the country” to demand justice for Nirbhaya and draw attention to the increasing perpetration of violence against women and their insecurity on the streets?

Clubbing all activists as “fashionably” dealing with “human rights violations” is tantamount to insulting them for their engagement and involvement in a relevant cause.

Senior advocate Colin Gonsalves, appearing for the filmmaker, submitted that the film portrayed the anguish of people who had lost their parents, siblings and children in Kashmir. But the Censor Board had asked Butalia to cut some scenes including a portion in which a woman says, "I beg Allah... that this kind of India be damned".  Some interviewed condemned the Indian army while others spoke of jehad. Butalia maintained that he was merely depicting opinions.

In response, the bench stated: “The whole debate is on what basis you portray one side of the story (emphasis added) and not portray the other point of view on the issue. You cannot have one-sided approach. That is what has been the approach of activists."

But even after the response, another word used by the bench will continue to haunt the creative fraternity – the use of ‘alleged’ before the word ‘atrocities.’ Could atrocities depicted in the audio-visual medium, through actual footage of interviews and testimony of those directly affected or victimised, still be categorised as mere allegation? What then will be considered as the dividing line between truth and hype?

Butalia had reportedly decided to withdraw his petition after the Supreme Court’s observations, and had expressed his intention of approaching the Delhi High Court to challenge the Censor Board's decision. While the broader questions rage on, the Delhi Court on Wednesday, 21 January, issued notice to the Central Government and to the Censor Board (which is now being reformed and reconstructed with the backing of the ruling party at the centre) challenging the refusal of certificate to screening of Butalia’s film. Justice Rajiv Shakhder has sought a response from the information and broadcasting ministry, the Central Board of Film Certification (CBFC) and the Film Certification Appellate Tribunal (FCAT) on Butalia’s plea by 26 February.

CBFC and FCAT, in their respective orders had directed Butalia to insert a disclaimer as well as make cuts in the documentary before it could be allowed for public screening. Butalia, however, contended that if the Shahid Kapoor-starrer Haider can be screened despite having explicit scenes and showing the army in a bad light, it is inexplicable why cuts and disclaimers are being insisted upon for his documentary. But that is another story.