Mullaperiyar: Is the light in the tunnel itself?

With the SC striking down the Kerala Irrigation and Water Conservation Act, concerns over the Mullaperiyar Dam could create tension anew between Kerala and Tamil Nadu. Could a new study contain a potential solution to the issue? P N Venugopal explores.
12 June 2014 -

On 8 May, a five-judge Constitution bench headed by the Supreme Court Chief Justice R M Lodha struck down a law enacted by the state of Kerala regarding the 120-year-old Mullaperiyar dam across the Periyar river in the Western Ghats. This verdict will now enable Tamil Nadu to raise the water level of the dam to 142 feet from the existing ceiling of 136 feet.

The Mullaperiyar dam, though situated in Kerala is owned by the government of Tamil Nadu. The immediate and tangible effect of the increase in water level will be the inundation of 7158 hectares of forest land in the Periyar Tiger Reserve and the low-lying areas of Kumali town and portions of the tourist centre, Thekkady. The Kerala government has decided to file a review petition against this.

Concerns over the safety of the masonry dam had always troubled the people and the government of Kerala, and in 1979 the Central Water Commission had advised a top level of 136 feet which was being maintained till date. However in 2006, the Supreme Court had allowed Tamil Nadu to raise the water level to 142 feet.

The Kerala legislative assembly responded to that by unanimously passing the Kerala Irrigation and Water Conservation (Amendment) Act, 2006, limiting the Full Reservoir Level (FRL) of 22 dams in Kerala  including Mullaperiyar. The court has now struck down this piece of legislation saying it breached an established constitutional limitation - separation of powers. According to the bench, the law had been an attempt by the Kerala assembly to overreach the 2006 judgment permitting the increase in water level to 142 feet.

The apex court has ruled that the “State of Kerala is restrained by a decree of permanent injunction from applying and enforcing the impugned legislation or in any manner interfering with or obstructing the state of Tamil Nadu from increasing the water level to 142 feet and from carrying out repair works as per the court's 2006 judgment."

The history of the Mullaperiyar Dam

In order to understand the crux of the conflict over Mullaperiyar, it is important to consider both the history and the geography of the dam. There are innumerable instances of one state of the Indian federation having properties in another state. But Mullaperiyar is perhaps the only instance of a state having a full fledged dam in another state, in a river that flows entirely through the latter state and yet, enjoying full autonomy over the dam. 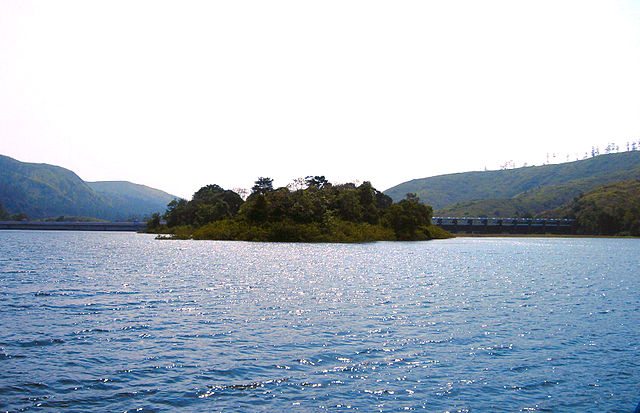 The story of how this came about goes back to the 19th century and to a British engineer, John Pennycuick. Initially in the British Indian Army, Pennycuick shifted to the Public Works Department (PWD) and was fascinated by the rivers emanating from the Western Ghats, traversing through the princely state of Travancore.

Travancore was also blessed with two monsoons, the South West and the North East and the water in the Periyar was not being put to use in any appreciable manner. Ironically, on the other side of the high ranges was the province of Madras, served only by the North East monsoon and starving for water.

Periyar emanates from the Sivagiri peak of the Western Ghats in Kollam district of Kerala and after traversing 186 km, is joined by the tributary Mullayar. Thereafter, the river runs through 232 km traversing the Idukki and Ernakulam districts before draining into the Vembanad lake. Why not divert the water from Periyar to the east, to the arid lands of the Ramanad kingdom, a part of the Madras Presidency?

This idea had once been floated by Muttu Arula Pillai, the Prime Minister of the Raja of Ramnad but was shelved back then due to lack of funds and technical know how. It was revived in the late 1860s and Pennycuick, along with another engineer Major Ryves, drew up the plan for the dam.

However, the mountain creek where the river was to be blocked and the land which would be submerged by the barrier belonged to Travancore. Pennycuick pressured the Madras Presidency to intervene.

The Maharaja of Travancore agreed, either because he thought his state had more than enough water, or because he could not withstand the pressure from the British who were after all his masters too. Thus, a lease for 999 years was signed in October 1886 covering 8100 acres with Rs 5 as rent per acre, per annum. The dam was to be constructed by the Madras government, the height of the dam was to be 155 feet, and a tunnel was to be constructed to reach the water to the Vaigai river in Tamil Nadu.

The Mullaperiyar dam was commissioned in 1895. After independence, Travancore, Kochi and Malabar were united to form the state of Kerala and the onus of honouring the agreement fell squarely on Kerala.

Water from Mullaperiyar has been irrigating about 2,17,486 acres of land in five districts of Tamil Nadu - Theni, Madurai, Sivaganga, Dindigul and Ramanathapuram, and also generating electricity since 1970. The lease rent was enhanced to Rs 30 per acre and thus, the government of Kerala gets approximately Rs 10 lakh per annum from the dam today, including the surcharge on the electricity generated.

This makes Mullaperiyar unique in one more sense: where most water disputes in the country are over the quantity of water to be shared between states, Kerala is not worried about the quantum of water that Tamil Nadu gets, but only about the security of its people.

In search of a solution

The Kerala Assembly’s attempt was by no means an effort to confront the Supreme Court. Ever since the collapse of Machchu-2 - an earthen dam across the river Machchu in Gujarat - in 1979, that had caused massive loss of life in the town of Morvi, the people of Kerala have been apprehensive of the safety of the Mullaperiyar dam. It is a gravity dam constructed with rubble and a mixture of lime and surki (burnt brick powder) paste.

A gravity dam supports the reservoir by its weight and sheer gravity. The dam, over the decades of its existence, had developed massive leaks and the ‘surki’ was oozing out. The apprehension was that the dam was losing its weight and could collapse anytime, especially during the typically heavy monsoons of Kerala when the water level would go very high. Any breach in the wall would spell utter disaster for the five districts of Idukki, Pathanamthitta, Kottayam, Alappuzha and Ernakulam, directly affecting more than 80 lakh people.

Several studies have been conducted by various agencies including the Central Water Commission, the IITs at Delhi and Roorkee, etc. The study reports of the committees vary substantially and each party to the conflict has been found to uphold the particular report which it perceived to be in its interest. However, the latest such study - by the Supreme Court-nominated Empowered Committee (EC) headed by Justice A S Anand, the former Chief Justice of India - raises hopes for a mutually-acceptable solution to the long-standing issue.

The Kerala government had earlier put forward the proposal of decommissioning the present dam and constructing a new dam slightly below the present dam site, but environmentalists in the state were up in arms against the new proposal. A new dam was bound to upset the ecology of the sensitive Western Ghats and result in the destruction of virgin forests. Moreover, how many new dams would have to be constructed in the remaining 870 years of the lease, they asked.

Tamil Nadu rejected the proposal outright, without getting into the details and simply maintaining its rigid stand that the dam was up and steady, and would continue to be so for centuries to come.

However, the EC now suggests the construction of a new tunnel for carrying water from the dam to the Vaigai river, a proposal which perhaps lays the seed for a mutually agreeable way out. The present tunnel is at a height of 106.5 feet from the bottom. So, a massive quantity of water remains in the dam, irrespective of the extent to which the water level is increased. And this water is not put to any specific use at any point of time.

Of course, some water must remain in the reservoir for ecological purposes, and studies done by the sub-committee suggest a minimum of 50 feet of water, as was revealed by Justice KT Thomas, a member of the EC, in his book on Mullaperiyar. This means that the huge volume of water that now stands between 50 and 106.5 feet remains useless at present. A tunnel at 50 feet could therefore address quite a number of contentious issues to a significant extent.

Justice Thomas also writes that the chairman of the EC asked the technical members of the committee, Dr C D Thatte and Mr D K Mehta to study the possibilities of a new tunnel and that the studies, too, pointed to a new tunnel being a potential tool to settle the dispute between the two states. The committee said that more studies could be undertaken if both Kerala and Tamil Nadu agreed to it.

The Supreme Court too has suggested that its verdict is not an obstacle to the two parties exploring possibilities in this direction.

If the tunnel is possible technically and does not adversely impact the environment, the natural corollary would be that the height of the water level in the dam can be further reduced, meaning less pressure for the old walls and relief from anxiety and panic for millions downstream of Periyar. But this will ultimately be a political solution and statesmanship of the highest acumen is called for to take it to fruition.