If we want to accelerate innovation in the marketplace and public squares of our society, we need also to invest more in design, writes Aditya Dev Sood.
31 October 2011 -

For most people alive today, it would be obvious that our lives and experiences have been dramatically shaped by technologies, services, and new kinds of consumer goods that could not have even been imagined just a few years before they came about. Those goods have been widely adopted, those who conceptualized or distributed or otherwise supported them have grown more wealthy, and those who had invested in their companies have also prospered.

In fact, this would appear to be the most important story of an economic or financial newspaper - what are the new products or propositions that are next likely to replicate this kind of extraordinary arc, from obscurity to ubiquity, bringing untold wealth to those who can spot them early on.

But where, in the words of author Steven Johnson, do those good ideas come from? Since Thomas Edison built Menlo Park in 1876, we have imagined that those 'inventions' come from science buildings, R&D centers, laboratories of some kind. That's not entirely wrong, of course, for that is where most intellectual property is in fact created around the world, but that intellectual property is often productized through licensing agreements and special purpose vehicles that leave their inventors behind in the labs in which they are most comfortable. New entrepreneurs with game-changing ideas aren't most at home in laboratories - they mostly live in the real world, out here with the rest of us. 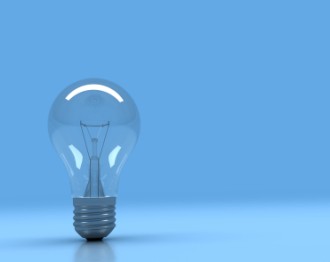 New entrepreneurs with game-changing ideas aren't most at home in laboratories - they mostly live in the real world, out here with the rest of us.

Since Steve Jobs and Steve Wozniak built Apple Computers in 1976 out of the Jobs family garage, it has become more widely recognized that start-ups need space and support of some kind in order to realize their vision. And so, over the past two decades, we have witnessed the rise of incubators, first attached to educational institutions and then in the private sector, funded by venture capitalists who seek, in some way, to farm the innovativeness of a whole cohort of young entrepreneurs, on whom they have placed bets of varying sizes at varying stages of their growth.

At first these clustered around the Bay Area of San Francisco, but then migrated to the greater Boston area, and New York City, but now can be found in practically every city of the world with aspirations to host what Richard Florida calls the 'creative class.' Such centers can now be found in Bombay and Bangalore, not to mention Pune, Kanpur, and other university towns across India.

The idea that young people need a desk and a place to get coffee while they come up with the next big thing makes sense, but they do tend to take rather long going about it - in fact, if you give them a year, they'll take a year or two. Isn't there any way to speed this process up?

A small group of investors put together a program called Y-Combinator five years ago, which pulled together a cohort of seed entrepreneurs for a boot-camp of just about three months, in which they had to pull everything together or face the axe. The continuing success of the program has made everyone in the venturing community sit up and take notice: it isn't all about the space, but about the kinds of inputs that go into a cohort of entrepreneurs that can make for success. The metaphor of the hatchery has given way to that of a cyclotron: investors shouldn't be waiting around for nature to take its course, but speeding particles up to light speed and then shooting them out into the market!

But why start at the level of the incubator or accelerator? If we really want more innovation to come about in India, surely the place to start is our educational system. For ventures to be successful their founders need technical skills, to be sure, but they also need to be informed of the market. They need intellectual suppleness, the ability to synthesize different kinds of qualitative and quantitative information, the ability to observe social behavior and then respond with new propositions that offer people things they did not know they wanted.

All these qualities of mind are what we call creative, an ability that we too often imagine is innately present only in a few, and not teachable for the many. But there is a discipline that teaches these skills, and its name is design. And so, if we want to see more innovation in the marketplace and public squares of our society, we need also to invest more in design.

Aditya Dev Sood
31 October 2011
Aditya Dev Sood is the founder of the Center for Knowledge Sciences; his expertise is on innvation, particularly its relationship to Design. This article is extracted from the author's book, "Innovation and the Public Interest". To know more, visit www.designpublic.in.
HomeTop
RECENTLY IN INDIA TOGETHER