Reaching beyond its brief

Outsourcing the policy-making function is bad enough, but the government should certainly not have allowed trespass on its domain by the Naresh Chandra Task Force, writes Firdaus Ahmed.
10 September 2012 -

Such wording allows for a very expansive reading of the mandate; that may be why the PMO also tells us that the "Task Force has made an assessment of the security scenario facing the country and made recommendations to the Government." Reviewing a system is quite different from giving advice on today's geopolitics and internal conflicts. Moreover, the policy domain is that of the government. If it wanted recommendations on this score, it would have mandated the task force. Such outsourcing of the policy-making function would itself be breathtaking, but permitting trespass on its domain by the task force is much worse.

Second, as a practical matter, mixing up the two is unwise. For instance, it is reasonable to assume that the redesign of security proposed by the task force is in line with its policy recommendations. But what happens if the government is not in agreement with the policy plank? In such case, it cannot reasonably redesign security systems that are geared towards such a plank.

Selective leaks since the release of the report seem to indicate that the task force defined its remit rather broadly, and has taken on itself to recommend policy, as distinct from 'processes, procedures and practices', to the government. The spate of leaks that have dealt with the DRDO, FDI in defence industry, Chairman of the Chiefs of Staff Committee, infrastructure development on the China border, etc. indicate the government may be testing the waters to see how acceptable the recommendations may be. Examining both the public reaction and that of the individual department in question, the government would feel emboldened enough to either accept or reject recommendation. 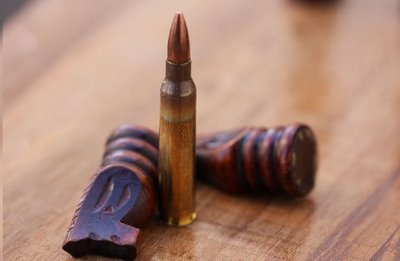 What happens if the government is not in agreement with the policy plank of the task force? In such case, it cannot reasonably redesign security systems that are geared towards such a plank.

•  To specialise or not?
•  Whose command? Whose control?

Equally, the exact opposite could be true; the leaks could also have origin in departments wanting to sabotage any recommendation that is unpalatable to them. Turf wars are quite common among those preparing for real wars! The skullduggery is difficult to comprehend until such things begin to be discussed more publicly.

In the rest of this article, I want to focus on the task force's recommendation on peace talks with Maoists - which confirms my suspicion that not only has government money been wasted on the task force, but so has the opportunity to make headway in defence reform.

The recommendation, as reported in the press, makes four points. One is that the talks must be so as to divide the Maoists into two camps: those in favour of talks and those against talks. This is to have a strategic benefit in weakening them. The second is that the precondition of Maoists to cease operations is not necessary for talks to be initiated and progressed. This makes sense if the intent is to divide the movement - why wait? Third, is that military operations must continue, lest the Maoists use the opportunity to recoup. The latter is insight the task force draws from the example in Andhra Pradesh. Lastly, the task force has advised on increasing the army's presence in the area through a number of mechanisms, such as setting up training facilities.

First, I am sure task force, comprising the eminences from the strategic community, was aware of how the Americans went about their talks with the Taliban in Af-Pak. The idea there was to talk to the 'good Taliban', and divide it from the 'bad Taliban'. With the 'bad Taliban' isolated, it could be finished off with the 'military surge'. This was at the outset of the first Obama presidency. As Obama readies for his second tenure, it must be said that the policy of divide-through-talks has failed spectacularly. It is a wonder that the policy wreck of this approach has eluded the task force's attention.

Secondly, the idea that operations need not cease in order to talk makes sense. After all, talks are a way to get operations to cease from both sides. This was a missing link in the policy under the previous home minister, P Chidambaram. He had insisted that the Maoists demonstrate good faith through a ceasefire, even if a temporary one, before the government agreed to talk. This was suggestive of arrogance on the government's part. Being responsible for the people inconvenienced by operations from both sides, it is incumbent on it to proactively pursue every option, including that of talks, to end the predicament of its people.

In the event, the task force's reminder is timely, but discredited by its motive of 'divide-and-rule'. Yet, it is fairly evident that the government is not averse to such advice, since it had used the talks process earlier to expose and decapitate the Maoist leadership. The killing of 'Azad' is a case in point. Such instrumental use of talks eventually destroys the strategic options, and leave military action as the only choice, even though its limitations as a conflict resolution tool have been consistently demonstrated in all of India's many and manifold conflicts. A government's contract with its people involves concentrating on conflict resolution, not conflict management.

The third point - urging that military operations should continue while talks are on is another irresponsible recommendation. If the government were to take this up, it would amount to an abdication of the its responsibility to own up to its policy. Implying that it is acting in accordance with the recommendation of a task force is to pass on the onus of policy and decision making to the task force. The very purpose of talks, to facilitate ceasefire in order to forge trust and confidence for the more significant part of a comprehensive agreement, is then lost.

Last, is the issue of extending the army's presence for training the paramilitary. Such deployments are to help with the local economy and to wean away locals from Maoists. Clearly, there are better ways to revive the local economy. Training the paramilitary to take on Maoists in their strongholds is at best a long-term goal, which signals that for the moment the government will not do much to help tribal communities. Yet again an example from the AfPak experience in the failure to train the Afghan National Security Forces to take on the Taliban suggests that this is yet another recommendation bereft of good sense.

What's more likely is that the initial deployments are to perhaps serve as bridgeheads for deployment of the army if and when it is ready to give up its Kashmir obsession. This is an even more problematic possibility.

Clearly, the task force has extended itself. It cannot possibly have had the time and expertise to take on two tasks, both of providing the government with a proto-national security policy, as also suggesting the restructuring necessary to work it. Since the report is currently under examination by stakeholders, it seems this exercise in futility is being taken to its logical 'do nothing thereafter' conclusion as is the case with most reports by government-appointed commissions. That might not be such a bad ending after all, in this case.