The recent letter from the Ministry of Tribal Affairs, urging states to recognise the habitat rights of vulnerable tribal groups under the FRA, is a welcome move. Meenal Tatpati, Rashi Misra and Subrat Kumar Nayak analyse the Dongria Kondh experience to underline what is necessary to do so effectively.

In April 2015, the Ministry of Tribal Affairs (MoTA) sent a letter to the Chief Secretaries of all state governments to make an ‘all out effort’ to recognise the habitat rights of all ‘Particularly Vulnerable Tribal Groups’ (PVTG) in their states.

This implies that the state governments, through their respective District Level Committees (DLC), need to ensure that all PVTGs receive habitat rights in consultation with the concerned traditional institution, under The Scheduled Tribes and Other Traditional Forest Dwellers (Recognition of Forest Rights) Act, 2006 (also referred to as the Forest Rights Act or FRA).

The states must also initiate processes to help the PVTG communities file their habitat rights claims enumerated under Section 3(1) (e) of the Act and where the claims have already been filed, the DLC should take steps to ensure recognition of their rights along with mapping of the area of each claim.

The law was enacted to address the long-standing need to recognise and vest rights over forest land in forest-dwelling scheduled tribes and other traditional forest dwellers. Over the years, the rights of these communities have been severely curtailed as a result of increasing state control over forests as well as developmental and conservation activities, leaving almost 300 million people without any tenurial security over their land and livelihoods. 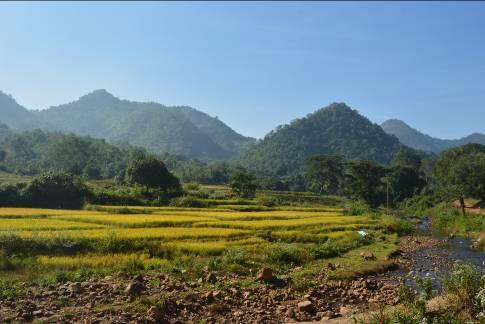 India has identified 75 particularly vulnerable tribal groups during the 5th, 6th, 7th and 8th Five Year Plans. What sets these communities apart is their unique association with the territories that they inhabit, and the intertwining nature of their lives with the land on which they live and derive sustenance.

Their habitats are defined through customary territories used for habitation, livelihoods, social, economic, spiritual, sacred, religious, cultural and other purposes. Their lives are organised around the natural resources and means of livelihood available to them. In some cases the habitats of PVTGs may overlap with forest and other rights of other people/communities. Their habitats are as much about their cultures as about physical and geographical landscapes.

The importance and urgency of the MoTA directive to secure the habitats of vulnerable tribal groups and their rights to usage becomes clear when one looks at the association of one such community – the Dongria Kondh – with their land, as revealed in a recent visit to the Niyamgiri hills of Odisha.

The Kondhs are a tribal community with several sub-groups, inhabiting the hills tracts of Odisha and parts of Andhra Pradesh. Each sub-group, such as the Dongria, Kutia, Desia, have their own distinct identity. The name Kondh is seen to be derived from the Telugu word Ko or Ku, meaning mountain, thus a Kondh is “a mountain dweller.”  Alternative theories say that the origin of the word may be linked to the Odiya Khanda, meaning sword, which is the totem of the Kondh community.

The Dongria Kondh tribe resides in some blocks of Kalahandi and Rayagada districts, in the Niyamgiri hills, which are part of an important bio-diverse landscape. This is the only home of the Dongria Kondh, while the adjoining plains house the Kutia Kondh community and settled scheduled caste communities who have long been part of the Niyamgiri landscape and have developed a close association with the forests and the fertile soil of the foothills.

Sikaka, Pushika, Kadraka, Jakesika, Wadaka are some of the clan groups within the Dongria Kondh, consisting of several clans and sub-clans. Research points to the number of such clans being between 30 and 36, with each clan possessing customary territories, comprised of many padars, or geo-cultural landscapes marked by one or more dongars or hills, and presided over by the Dharani penu (earth god).

Since the clans are exogamous (one can only marry outside the clan group), each clan territory has a dominant clan group as well as groups who have migrated to it over a period of time through marriage or kinship. The Dongria Kondh elders point to the presence of more than hundred such padars spread across the hills, consisting of more than three hundred settlements and hamlets.

The Niyamgiri range thus, is a contiguous geographical territory encompassing all the cultural, social, religious and livelihood needs of the Dongria Kondh, their sacred habitat. Their settlements are not permanent, and sometimes communities abandon their settlements in search of new ones, but the new settlements are always located within the clan territories, within their habitat.

This division of hills is particularly important to the Dongria Kondh, being swidden or shifting agriculturists. In this kind of agriculture, a patch of forest is cleared, the undergrowth burned and this patch, called podu, is then cultivated for a few years. After that, another patch is cleared and the previous patch is left fallow for several years. Thus, patches are cleared alternately and used in a continuous cycle, ensuring forest regeneration in the unused patches and availability of enough non-timber forest produce.

While we were at Niyamgiri, we were told that the Dongria Kondh cultivates more than 20 varieties of millets on their podu fields, along with lentils, oilseeds as well as fruits! They believe that this bounty is provided by the Dharani penu, who must be worshipped before sowing and after harvesting the crop.

Understanding the ‘rights’ to habitat

Most reports on PVTGs point out their vulnerability under the current economic paradigm. Their dependence on land and forest makes them vulnerable to be exploited due to diversion of their forest land for developmental projects. The recognition of their rights would provide them an opportunity to articulate their vision of their future. However, the State has given them no chance to do so.

The Dongria Kondh struggle against bauxite mining in the Niyamgiri hills is well known and documented by now. The Supreme Court in a landmark judgment passed in 2013, hailed the provisions of the Forest Rights Act and upheld several constitutional provisions regarding the protection of Scheduled Tribes in Indian law. The court ordered the State to place issues of religious and cultural rights over the land to be mined for bauxite before the community for active consideration.

Before the gram sabhas were convened to decide on the fate of the mining proposal, the government prepared a report enumerating community claims and individual claims in the 12 villages chosen for hosting the gram sabhas under the FRA. However, while rejecting mining of their hills, in a puzzling move, the villages also rejected this statement of community claims and individual rights over minor forest produce, grazing land, podu fields that were placed before them!

It was only when we visited Niyamgiri that we could decipher why the community had rejected this report. In Gorota village, a few of them showed us the title over a podu field given to a family. It covered a mere 2.4 acres! Even, the community claims put forward by the officials were for bits and pieces of Niyamgiri - 50 hectares grazing land for a village here, 150 hectares for Dharani Penu there, 4 acres over a stream! The government had again tried to decide and articulate the rights that the community was entitled to, without their consultation.

At Gorota, Badi Pidikaka, an elder, showed us a title given over an individual land parcel. He said, “We are going to burn all these individual claims in the next meeting. The entire Niyamgiri belongs to our community and the other communities around who use it.”

For a community that takes decisions through consensus, deciding on each year’s use of podu fields and forest use for each family, Niyamgiri’s resources are not separate entities to be divided over each village and then each family. It is the bounty which Niyamraja, the supreme deity of the people as well as the ancestral spirit, provides. While community rights could be secured for a village or group of villages, for the Dongria Kondhs, their habitat is for their entire community.

A meeting of the Niyamgiri Suraksha Samiti at Gorota. Pic: Ashish Kothari

Rabi Kumruka of Rajulguda village puts it succinctly, “If the government was ready to give rights to the company over the mountain, then why not to Niyamraja? We want the title to the entire Niyamgiri hill ranges, spreading over Kalahandi and Rayagada, to be in Niyamraja’s name. And all our villages should be given rights over the entire Niyamgiri...even other communities around who use it.”

Bari Pidikaka adds, “We are here today and will be gone tomorrow, but the title in the name of Niyamraja will mean that the mountains can be secured forever.”

The community has thus articulated the need to secure their habitat under the FRA. Securing complete habitat rights over Niyamgiri will effectively cover the wide diversity of resource use patterns, extending not just over forest land but also the revenue land that the Dongria use.

The United Nations Declaration on the Rights of Indigenous People declares that “…Control by indigenous peoples over developments affecting them and their lands, territories and resources will enable them to maintain and strengthen their institutions, cultures and traditions, and to promote their development in accordance with their aspirations and needs…”

Thus, it is important at this juncture, for the government to ease the pressure of police repression, shoddily conceptualized welfare schemes and mining, and to allow communities to articulate, debate and assert their rights over their habitats, just as the Dongria Kondh have done in the Niyamgiri hills.

The people should be given an opportunity to develop and protect their identity and land on their own terms. While the community should take the lead in identifying their habitat and articulating the need for this habitat, it will need support from the government and other empathetic citizens.

Meenal Tatpati and Rashi Mishra are with Kalpavriksh Environment Action Group, and Subrat Kumar Nayak is with Vasundhara, Bhubaneswar.