The government’s thrust on ‘ease of doing business’ and ‘Make in India’ rests significantly on the premise of attracting foreign capital into manufacturing. Kannan Kasturi tracks data on FDI inflows to see whether it indicates true potential to boost the sector and job creation.

The ‘Make in India’ campaign of the government with its promise to improve “ease of doing business” has generated great excitement in corporate business circles.  After innumerable discussions on the steps that the government needs to take, there is now eager anticipation of action.

The campaign is primarily aimed at attracting foreign capital into manufacturing in India. However, domestic capital too hopes to benefit from any business-friendly changes in laws and regulations that are brought about, but perhaps even more so, from the expected inflow of foreign investment.

While launching the campaign at a gathering of top global CEOs in New Delhi, the Prime Minister made a strong pitch that investors should also create jobs in India while taking advantage of cost-effective manufacturing (http://pmindia.gov.in/en/). ‘Make in India’, it seems, is a major part of the government’s strategy to open up employment opportunities for the growing numbers of youth entering the workforce every year.

Attracting foreign direct investment (FDI) into manufacturing has been the avowed intention of government policy on foreign investment for several decades now and an estimated $57 billion of FDI has come in into the manufacturing industry over the period 2000 to 2012. It is therefore pertinent to ask what the experience has been with FDI in manufacturing up till now.

First a little background. FDI entering India broadly takes two forms. One is the acquisition of shares in or a complete buyout of an existing entity, termed ‘brownfield’ investment. The second is investment in a new enterprise, termed ‘greenfield’ investment.

The government portrays the main benefits for the country from FDI in manufacturing as the creation of skilled manufacturing jobs and improvement in the balance of trade (through reduced imports and increased exports). Only greenfield investments expanding the manufacturing base can potentially bring in these benefits in the near term.

The problem of identifying greenfield investments in FDI is however not straightforward. Complex ways of structuring investment using shell companies can provide the facade of a new enterprise to existing manufacturing entities. The extent to which investment is going into a new manufacturing capacity can be determined only through a case by case examination of all investments, and this is an exercise the government has not bothered to carry out. 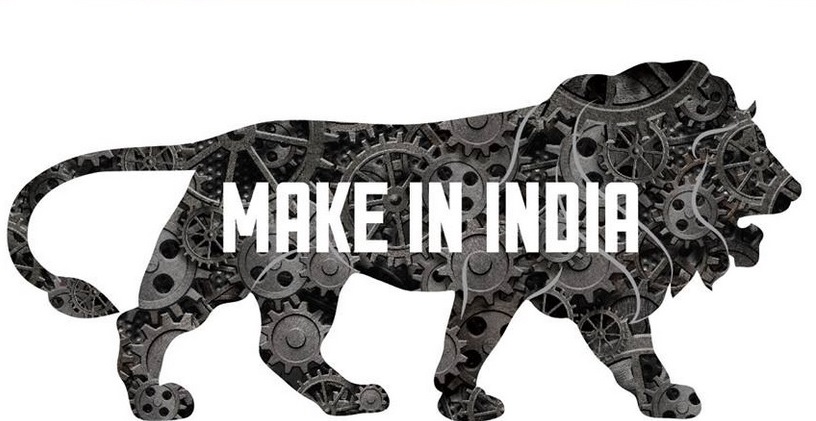 An appetite for acquisitions

Recent investigation into these questions at the Institute for Studies in Industrial Development (ISID), New Delhi, provide some much needed insights into FDI flows into manufacturing between 2004-05 and 2012-13 and these are detailed below. Incidentally, 2004 is the year that FDI inflows into India started to pick up.

A key finding of the ISID study is that close to half the FDI flows inward went towards acquisition of shares including complete buyout of existing Indian manufacturing companies.

Leaving aside FDI flowing into acquisitions, even the FDI that goes into establishing new enterprises is not always used for setting up full-fledged manufacturing facilities. The consumer electronics industry, also belonging to the ‘high technology’ category is a case in point. Sony and Samsung have invested in India, but their facilities are merely assembling units. Sony imports all its products from Thailand, Malaysia, China and Japan. Samsung’s two plants in India assemble much of what it sells in the country.

The barriers to imports are extremely low for electronic parts and assemblies, and assembling is currently more cost effective than manufacturing.  Reflecting this, the adverse trade balance in electronics – the excess of electronics imports over exports - has gone up from under $5 billion a decade earlier to $24 billion in 2012-13.

Additional insights into FDI in manufacturing can be obtained by looking at the performance of the Special Economic Zones (SEZs). SEZs came up during the same period that saw increased FDI inflows. They were specifically meant to ease the process of setting up and operating export oriented manufacturing units.

Riding roughshod over people’s opposition, the government of the day helped SEZ developers acquire vast tracts of land. SEZs provide the infrastructure and make regulatory compliance easy for manufacturing exporters. Units in SEZs enjoy generous tax concessions from the central government and state governments have relaxed labour regulations in them.

In short, the SEZs address, for export units located within their boundaries, all the issues that the present government promises to address as part of its ‘Make in India’ initiative. It is reasonable to expect then that SEZs would have been the preferred destination for FDI into new export-oriented manufacturing units.

The development of SEZs over the last decade is instructive. Of the 566 formally approved SEZs, only 185 are in operation, showing a general lack of interest in the model. About a 100 of these are exclusively for IT and ITES services. Established Indian software, pharmaceutical and auto ancillary and oil refining companies have moved aggressively into SEZs.

However, the expected deluge of foreign investment into manufacturing units in SEZs has not happened. The depressed state of western economies in recent years and the consequent high unemployment has put even existing manufacturing exporters in trouble. They have been lobbying the government for customs duty concessions on domestic sales and special tax concessions.

The reticence of foreign manufacturers to set up export- oriented units in India is related to the global market rather than to the ‘ease of doing business’.

The obvious problems with external markets have led some economists to suggest that the focus of the ‘Make in India’ campaign should be the domestic market. Prominent among them is the RBI Governor, Raghuram Rajan, who has said, "I am counselling against an export led strategy that involves subsidising exporters with cheap inputs as well as an undervalued exchange rate, simply because it is unlikely to be as effective at this juncture."

The same idea was echoed by the OECD Chief Economist in India recently: "the country is already having a large domestic market which is ready to spend......in my view, 'Make in India for India' should be the priority" (PTI, Feb 19, 2015)

In the past too, foreign manufacturers have invested in new manufacturing facilities in sectors where they found “a large and ready to spend market” and no suitable acquisition targets - such as in consumer electronics, white goods and automobiles.

Returning to the present, the market that has been opened up most recently to FDI is the military procurement market. This definitely qualifies as “a large and ready-to-spend domestic market” and finds all the major Indian business houses scrambling for a piece of the pie. Foreign manufacturers are also keen on joint ventures after FDI investment limits in Indian companies have been raised to 49 percent. (ET Bureau, Mar 2, 2015)

The government is tom-tomming this as a great development and projecting its future benefits – the creation of lakhs of new jobs and huge savings in the armaments import bill. The past experience with FDI however cautions that these claims should be treated with scepticism.

The auto industry, among the top three industries in attracting manufacturing FDI, and considered a success story for greenfield manufacturing serves as a good benchmark. In the decade till 2012-13, while exports of the industry increased from $ 1.3 billion to $ 18.4 billion, imports of the industry also increased dramatically leaving a trade surplus of just over $ 1 billion. The industry created just over 6 lakh jobs over the period of a decade.

Foreign manufacturers will demand their pound of flesh for establishing military hardware manufacturing facilities in the country. The joint ventures in this area could well turn out to be assembling units. In any case, the number of jobs they create will be insignificant in comparison with the need. The responsibility for generating employment for 12 million youth every year cannot simply be outsourced!