Recent research by the Prayas Energy Group shows that notwithstanding a big spike in demand for LEDs in recent years, more steps are needed to phase out incandescent bulbs.
05 July 2018 -

Demand for light-emitting diode (LED) lights has picked up remarkably in India since 2014. This rising demand has been primarily driven by the Unnat Jyoti by Affordable LEDs for All (UJALA) programme of the government. However, despite the growth in LED use, the demand for incandescent bulbs (ICB) still remains high. In 2017, about 770 million ICBs were sold in India, accounting for more than 50% of the total sales ofbulbs and tube-lights in that year. This demand is declining gradually, but it will still be many years before ICBs can be fully phased out.

In a recent paper titled The Obstinate Bulb, Aditya Chunekar, Sanjana Mulay and Mrudula Kelkar of the Prayas Energy Group based in Pune presented findings from a study of the demand and supply of various lighting options available to Indian households, in order to investigate the continued usage of ICBs in India. Based on their analysis, Prayas has recommended a few programme and policy interventions to reduce and consequently eliminate the use of ICBs in India.

A number of obstacles to the phase-out of ICBs were identified. People are not adequately aware about LED bulbs and their benefits, especially in rural areas. Potential consumers are concerned about the quality of light emitted by LED bulbs, and about how long they will last, particularly considering the poor electricity supply in the country. The upfront price of LED bulbs still poses a challenge, as a majority of surveyed households preferred a financing scheme. The survey also indicated the limited availability of LED bulbs in local markets, expecially in rural areas, as another barrier to wider adoption.

As for the supply of ICBs, there are only a few companies which produce most of the ICBs in India. The factories producing ICBs are old, depreciated, and automated. The production of ICBs involves negligible research, warranty, and marketing costs. This allows companies to sell ICBs at very low prices. Besides, there are no new entrants in the ICB industry. The LED lighting industry, on the otherhand, has grown rapidly in recent years riding on high demand mostly generated by the UJALA programme. There is also a burgeoning small-scale industry to cater to this demand, as the initial capital investment is low and bulbs can be assembled manually.

The Bureau of Indian Standards (BIS) and the Bureau of Energy Efficiency (BEE) have mandatory standards for the performance and safety of LED bulbs. However, there are concerns regarding the compliance of the products available in themarket. The singular focus on price reduction may have resulted in companies compromising on the quality of LED bulbs, particularly on those aspects that affect their life and performance over the functional period. These may not be accurately captured by existing standards. 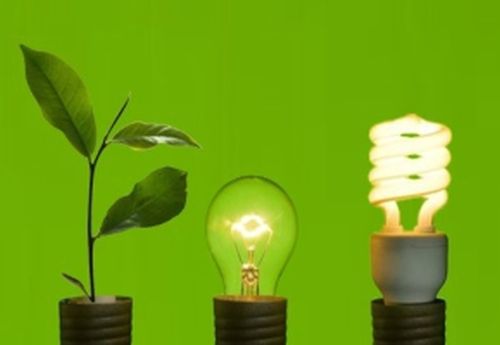 The greening of energy is ongoing, but needs more interventions.

These interventions, aimed at increasing the awareness about LED bulbs, improving their quality, reducing their up-front price barriers, and increasing their availability can contribute to a significant reduction in the use of ICBs in India. Without these steps, in fact, a phase-out of ICBs at this juncture could end up hurting low-income and newly electrified households.

This article has been adapted from the executive summary of the afore-mentioned Prayas report. To download the full report, visit www.prayaspune.org.