Preparing the framework for a new Ganga vision

A Consortium of 7 IITs is working on a plan that will form the basis for the long-term vision for the government’s much-talked about Ganga rejuvenation programme. Shripad Dharmadhikary reviews an initial summary released by the Consortium as the framework within which the final plan will be drawn up.
09 October 2014 -

Even before the new government had taken over at the centre, one of the big ticket agenda items it announced was cleaning and rejuvenation of the Ganga. But little was known about the specificities of the project at that stage.

On 12 September 2014, the Minister for Water Resources, River Development and Ganga Rejuvenation, as it has been newly named, (MoWR-RD-GR) Uma Bharati launched the website of the National Mission for Clean Ganga, and unveiled, for the first time, the various elements of its grand vision, titled Namami  Gange (Bowing to the Ganga).  According to the website, the programme will have many important elements including, among others, cleaning and rejuvenation of the Ganga, pollution control, environmental flows and refurbishing of ghats at various places.

Given the “multi-dimensional, multi-sectoral and multi-stakeholder nature of the challenge”, in June 2014, the Government constituted a Group of Secretaries (GoS) from all the important Ministries concerned. This GoS has had ten meetings in the past few months and submitted its report on 28 August 2014.

One of the most important recommendations of the GoS Report has been that “the long-term vision will emanate from the Ganga River Basin Management Plan being prepared by the Consortium of 7 IITs, the first version of which is likely to be available by the end of this year.” Meanwhile, the Consortium referred to has also placed on its website an Extended Summary (ES) dated June 2014. Given that the report of the IIT Consortium is to form the very basis of the entire Ganga Plan, it is critical to understand this report. The ES presents the framework for this and hence, calls for a detailed look.

The Consortium of 7 IITs

The Consortium of 7 IITs (Bombay, Delhi, Kanpur, Kharagpur, Madras, Guwahati, Roorkee) was given the task of preparing a Ganga Basin Plan by the previous UPA-2 government, when Shri Jairam Ramesh was the Minister for Environment and Forests. The agreement was signed on 6 July 2010, and the first phase was to be completed in 18 months. It is interesting that even though it was set up by the earlier Government, the new Government has decided to make it the basis for its flagship Ganga rejuvenation project. As we will see, some of the key elements that were defined at the time of the agreement also form the essence of the recommendations of the Consortium. 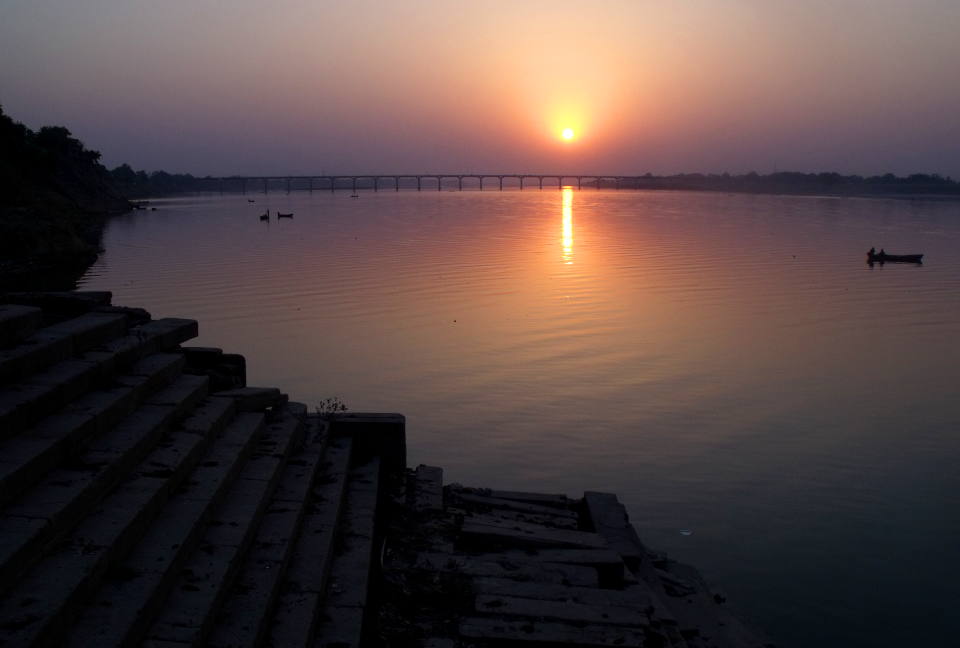 Defining the key elements of the Ganga plan

According to a press release issued by the MoWR-RD-GR on 26 September 2014, Ganga rejuvenation has been defined as “restoration of its wholesomeness by ensuring ‘aviral dhara’ and ‘nirmal dhara’ as also its ecological and geological integrity.” This is exactly as per the ES of the Consortium report.

The ES states that the main goal of the Ganga River Basin Management Plan (GRBMP) is to restore the wholesomeness of the river. The wholesomeness, according to the ES, is determined by the sanctity of the river imbibed in the following four elements:

To maintain the sanctity of these four elements, the ES has proposed eight areas where activities would have to be taken up in Mission mode. These eight missions would be “Aviral Dhara”,  Nirmal Dhara”, “Ecological Restoration”, “Geological Safeguarding”, “River Hazard Management” “Basin Strengthening Against Natural Disasters”, “Sustainable Agriculture”, and “Environmental Knowledge‐Building and Sensitization”.

The ES has also identified the key factors responsible for the current problems, which these missions would need to address.  It rightly states that the integrity of Ganga’s aviral dhara or flow has been violated by several anthropogenic activities, particularly “dams and barrages that snap her longitudinal connectivity” and “significant water withdrawals, increased disposal of debris, and altered water recharge/extraction rates…thereby crippling river functioning.” With this, the ES makes an unambiguous recommendation: “For dams and barrages, a precondition is essential that they cannot violate the longitudinal connectivity in River Ganga and her major tributaries. Besides they must allow E‐Flows (Environmental Flows) all along the river”.

The ES also states that water use by humans has been rapidly increasing in the basin and we must reduce demand for  water through more efficient water use, and also create more storage, preferably though “distributed storage” that is locally manageable and eco-friendly.

For controlling pollution, the report calls upon all Class I cities to undertake municipal waste water treatment for re-use of the water for non-contact purposes, and for all water polluting industries to adopt complete re-cycling. It also recommends complete sewerage provisioning for all Class I and Class II cities in the basin. For pollution of agricultural origin, which is a non-point load, they say that there is no option but to go for a gradual reduction, which in essence implies a shift away from chemical farming. It also calls for much better facilities for cremation.

The ES notes that the ecological balance of the Ganga has been badly affected with many keystone or flagship species dwindling or disappearing. It identifies the causes as habitat fragmentation (due to dams and barrages), habitat shrinkage (due to extensive water withdrawal, reducing dry season flows), habitat alterations (river bed mining, dumping of debris), habitat degradation (due to pollution), habitat invasion (by alien species), habitat encroachment (by humans) and habitat disturbance (by dredging, plying of noisy ships etc.). Consequently, it recommends addressing these issues.

For geological disturbances, the summary identifies several “modern anthropogenic ventures that threaten the earth’s crustal formations supporting the Ganga river basin” including “underground activities such as excavations, explosions, tunnelling, mining and fracking (i.e. hydraulic fracturing of rocks), over‐withdrawal of ground‐water from confined and semi‐confined aquifers, and creation of large reservoirs and their operation” and recommends adopting safety measures against these.

All in all, the ES correctly identifies increased, intensified and unregulated human interventions as the key causes behind the present sorry state of the Ganga, and also rightly recommends curbing, reduction and reversal of such interventions as the way to rejuvenate the river. In this context, however, there are several questions that are not answered by the ES.

On one hand, the ES clearly and unambiguously identifies dams and barrages as the key elements that destroy the aviral dhara. At the same time it states, without providing any details, that “a potential method for ensuring river connectivity through dams/barrages has been suggested.” As this is evidently an oxymoron, one wonders whether to look forward to some really innovative suggestion, or whether this would simply provide a loophole through which lip service can be paid to aviral dhara, even as the construction of large numbers of dams and barrages continues unabated.

Indeed, this also raises apprehensions about various other parts of the “Ganga programme” – such as the navigation project which seems to going on in full swing –getting ahead and reaching irreversible stages before the Ganga Basin plan can be finalised. This is of concern because many elements of programmes like the navigation project go against the thrust of the recommendations of the ES.

The recommendation of carrying out municipal waste water treatment and sewage provisioning using primarily a Design-Build-Finance-Operate (DBFO) model gives rise to yet another concern. This is essentially just a form of privatisation and could be accompanied by many issues that have already manifested themselves in the privatisation of the water and sanitation sector in India till date.

These include high tariffs and diversion of public resources for private profits. The Indian experience has also shown that the water-sewage-sanitation sector is not very conducive for privatisation and risks of inefficient operation or even failure are high.

As of now, in terms of capital outlay, the water treatment-sewage provisioning component seems to be the biggest one (entailing Rs 51,000 crores); in view of the above, it would be better if the Consortium suggests several other models, based on public financing and public and community controlled operations.

It is hoped that some of these concerns and issues will be addressed in their report which is expected by Dec 2014.

A new approach – Will it be implemented in letter and spirit?

In spite of these issues, the approach defined by the ES report is a significant and vast improvement over the way we have been looking at and managing rivers in the country so far. From looking at rivers merely as conduits for water to be used entirely for human needs, the report encourages a transition to treating rivers as living, biological, ecological and cultural entities.

If indeed the MoWR-RD-GR and the Government adopt the approach indicated by the IIT Consortium as the basis for its long term vision for the Ganga, and implement it in its true spirit, it would represent a break with the past and would offer genuine hope for rejuvenation of the river. The people of the Ganga basin and the entire country would thus be watching the progress of the Ganga Rejuvenation plan with great interest and hope that such approach is adopted not just for the Ganga, but for all the rivers of the country.