Why Arvind Kejriwal does not need magic

The question foremost on the minds of both believers and sceptics now is whether AAP will be able to keep its lofty promises to the people. Subramaniam Vincent feels that this may not require rocket science, after all.
30 December 2013 -

There is a sense of quiet euphoria among change-seeking people from all walks of life in India as they witness the wave that has been sweeping the city-state of Delhi. In the midst of this, many questions are being asked repeatedly on television channels and mainline party intellectuals on how the Aam Aadmi Party will even deliver.

In several detailed TV interviews, Kejriwal has already explained in simple Hindi, without indulging in super mathematics, how he plans to fund his 700-litres-a-day-per-household water plan, as well as bring down electricity bills. It is a separate matter whether you believe his reasoning, and to what extent he will deliver on these promises. That will be known soon.

As a journalist, I am skeptical of too much euphoria. And my reading on the fundamentals of what Kejriwal needs to do is different.

In all the brouhaha about the relative rout of the old parties in Delhi and the almost unimagined rise that the AAP has pulled off in one year, we have forgotten one thing. Administrations can perform well if their top leaders want that sincerely, and without the need for a fancy magic wand.

Millions of Indians are familiar with corruption and the sheer indignity of it in everyday life. It is also well established that corruption has always hurt the poor the most, since they, compared to the rich, have to devote a greater proportion of their earnings to bribes to avail the most ordinary services. The perennial chakkar kaatna - going from counter to counter in local offices - is the cancer that most of the old parties - national and regional - and our colonial bureaucracy have foisted on the people. The colonial culture of 'ruling like masters' had simply passed on from the white sahibs to the brown. 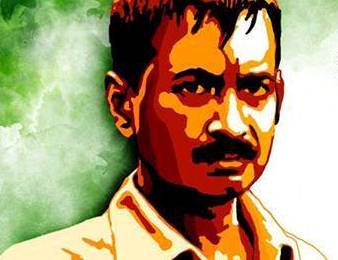 Administrations can perform well if their top leaders want that sincerely, and without the need for a fancy magic wand.

•  When idealism isn't impractical
•  A tipping point for Indian democracy

Rocket science was never needed to fix all of this.

Any chief minister and a willing cabinet in any state in India could reform the procedures needed to make government deliver for the people, if they wanted to sincerely. That would start with how they fight elections itself.

Whether it involves getting a simple birth, death certificate, or ration card or converting a land chunk for development, or whether it has to do with land acquisition for public projects and rehabilitating displaced citizens, our state governments have done little to change rules and create a streamlined system that keeps justice and fairplay on top. Instead most parties, when in the state governments, have together indulged in looting land, mineral resources and the treasury. This holds true for the Congress, BJP and many regional parties.

Karnataka, my home state, perhaps has been among the greatest recent witnesses to this. Imagine the brazenness of H D Kumaraswamy of the JD(S) when he told my reporter, for a Citizen Matters interview a little over seven months ago that corruption was a non-issue in the state's Vidhana Sabha elections. Kejriwal and his party too were mocked.

Making the government work for the people means simply this:

One, make government departments deliver services without hassling citizens endlessly. Deliver the basics right. When a road is broken, do not take years to fix it. When a dispensary does not have medicines or doctors, fix it. Instead of allowing people to walk randomly into government offices, set up an appointment system that will introduce predictability of responses and end the need for "speed money". Hundreds of examples are possible.

Two, plan and execute new public projects such as water pipelines, roads, flyovers, transportation systems, electricity distribution on legitimate needs, instead of spending on white elephants to satisfy vested interests. Any state cabinet in the country can, if it wants, do this today.

Three, enforce the law and prosecute the corrupt speedily and send the convicted to jail.

Four, let all departments be transparent in their budgets. Let them determine local spending priorities on items emerging in local sabhas, where the public voice can better tell what is critically needed and what's not. Delhi is 15 million people, this is the population of entire countries elsewhere in the developed world. No state cabinet can unilaterally decide on what is important without hearing the public voice. Politicians have always known this. Karnataka passed an Area Sabha law for cities like Bangalore and never implemented that. Not a single Bangalore MLA raised questions about this. Corporators and MLAs were up in arms against anything that will expand public participation in local decision making.

Five, staff up the police. Turn it into a professional organisation, make working hours better for the police, and in turn make them serve citizens, not VIPs and vested interests. Make police complaints authorities work as watchdog for police abuse and let their orders be enforced so that police will know citizens are their masters.

Six, all across the government, award the achieving and high performing officers - police or bureaucracy - to incentivise pro-public behaviour and throttle vested interest networks.

None of these tasks, if you really consider them, requires any magic. They are the work of all state and city governments everywhere in the democratic world. All the expertise needed for any of these are available in Indian civil society. After all, we build the world finest technologies in the private sector and send rockets to the moon and Mars from our public sector.

An elected government that recognises that all political authority in a democracy flows from people, will find all means at its disposal - passing law, changing rules, restructuring organisations, dismantling unnecessary bodies, opening up the books, setting up whistleblower call centres with speedy action, and more to ensure what it is supposed to do: deliver. It is just that while we have always had individual MLAs and MPs elected with good intentions and fine credentials, corrupt and compromised cabinets have continuously sabotaged the 'for' in democracy.

So there are really only two things that Kejriwal needs to do: One, make Delhi's government work for the people in the most basic of ways, let people have their voices heard and feel tangible change. Two, stay in power to see through the obstacles that are inevitably going to come his way, including policy blunders his cabinet may commit (who does not?) .

As an editor who steered coverage from Karnataka on scam after scam for years, I just hope now that his party steers clear of the massive temptation that comes with leading government. Power corrupts. Kejriwal and his team will do well to stick to the basics and keep their nose to the ground. That itself will do for now.

Subramaniam Vincent is co-founder and editor at India Together.

The curse of Kala-azar
MORE ARTICLES
on similar topics ...
DELHI