What powers must the Lokpal have?

Disagreements on the Lokpal, even amongst the reform-minded, have arisen because globally there is no consensus about the exact role of the ombudsman. Rajeev Kadambi looks at the options before the Hazare-Government panel.
23 May 2011 -

There is a growing national awareness that corruption has become a core problem to democratic legitimacy and effective governance. The existing law to counter corruption, the Prevention of Corruption Act, 1986, has not been put to any serious effect without a proper independent corruption-fighting agency in place. The Central Bureau of Investigation (CBI) and the Central Vigilance Commission (CVC) function virtually as adjuncts of the establishment.

Accordingly, the tenth attempt to introduce a national ombudsman (Lok Pal) along the lines of the state-level Lok Ayuktas has invoked a critical debate between advocates of the governments Lok Pal Bill 2010 and the draft of the civil campaigners on its essential structure and framework. No doubt the governments version is poorly prepared and lacks imagination. 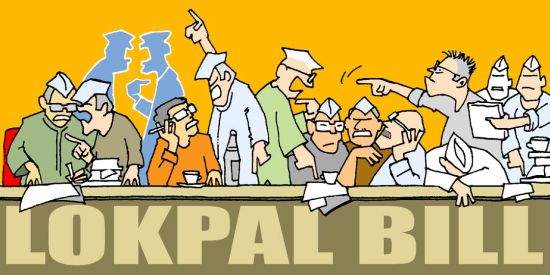 Likewise, the citizens draft Jan Lok Pal is equally subject to criticism as it transforms the ombudsman from a passive custodian of public values to a zealous crusader by conferring wide ranging powers that extend to even imposing sanctions in case of non-compliance of its directions.

This raises an important question: What must be the structure of the national institution to combat corruption effectively?

Disagreements have arisen because there is no consensus about the exact role of the ombudsman. The original idea behind the ombudsman has been rather limited. It was conceived as a law officer who oversees the proper use of governmental power. Its chief enforcement mechanism is persuasive, having a self-regulating impact on the government, which in turn takes internal action based on the findings.

Increasingly, some Ombudsmen have powers to act on their own motion to investigate complaints and make recommendations which although not legally binding, carry the weight of public sanction. Thus, traditionally speaking it is neither a prosecutor nor a court. This is the dominant model followed in Denmark, U.K. and the European Union to name only a few.

The power to prosecute vests the ombudsman with remedial powers. It is a potent weapon to combat the clandestine nexus between the politicians and bureaucracy in public administration.

However, there are three drawbacks concerning the design of the above proto-type ombudsman which make it ineffectual as an anti-corruption body. The first relates to the power of the ombudsman to institute prosecution in courts. This catalyses the ombudsman from merely being an investigatory to a prosecutorial agency which can register complaints and take necessary steps to prosecute the guilty.

The Karnataka and Kerala Lok Ayukta Acts are notable examples of agencies with the power to initiate prosecution. Similarly, countries such as South Africa, Finland, and Spain have empowered ombudsman to bring cases to the constitutional court. The power to prosecute is a potent weapon to combat the clandestine nexus between the politicians and bureaucracy in public administration.

Second, the ombudsman can have an independent (from itself) judicial tribunal to impose sanctions and penalties directly on erring officials. Presently it remains only an executive prerogative to implement the recommendation of the ombudsman. Nevertheless, the measure to introduce a judicial tribunal to adjudicate complaints can counterbalance the possibility of any likely executive dominance. In fact, the nature of this autonomy sought is in conformity with provisions under legislation dealing with Central Excise; Customs; Narcotic drugs and psychotropic substances and so on; where the offences are specially classified and tried before a special tribunal/court. A special tribunal tied to the office of the ombudsman will offer several advantages; chiefly it will create a legacy of special prosecution and investigation that can lead to an expertise into these kinds of cases in future.

Third, allegations of corruption against the judiciary should be brought within the Lok Pals jurisdiction. Judicial elites have resisted every hint of outside interference harping on its independence from other branches of government. However, it violates the idea that anyone who exercises power is subject to check by someone else. For example, the Swedish ombudsman has the power to investigate judges. The recent proposal of establishing the National Judicial Council (consisting of judges to investigate matters of corruption) instead reverts to familiar notions of judicial endogamy. There is no cogent reason to exclude the judiciary from minimum standards of probity in public life.

In addition, the ombudsman needs to be able to exercise its powers against the private sector and groups as they are the supply side of corruption. This will prevent individuals and groups, inside and outside the government to join in the pursuit of self-interest.

The ombudsman can restore institution credibility by incorporating at least the first and third feature. The power to prosecute is a source for a vibrant civil constituency as it vests the ombudsman with remedial powers. On the issue of creating an independent judicial mechanism, policy makers will have to assess its feasibility as it can run the danger of becoming another corridor of judicial power.

Lastly, bringing the judiciary within the purview of the Lok Pal can preserve the rule of law in the absence of an outside agency to investigate charges of corruption against judges. In sum, the Lok Pal must shift from the traditional notion aligned to an ombudsman as a laconic representative of the government. Such a narrow view of its role is not a substantive enough reform in a country such as India where there is only a semblance of administration because of high levels of corruption especially at the lower levels of its bureaucracy.

Rajeev Kadambi
23 May 2011
Rajeev Kadambi is a Research Consultant at the Center for Law, Governance and Development, Azim Premji University.
HomeTop
RECENTLY IN INDIA TOGETHER