All set to lose out on the gains?

News reports and statements from various quarters apparently point towards possible dilution of the new land acquisition law passed in 2013, resulting in less safeguards for affected owners and communities. Kanchi Kohli summarises the key debates around the likely changes.
11 August 2014 -

A popular newspaper recently reported the statement of Shri Nitin Gadkari, Minister of Rural Development in the Lok Sabha “We can review the Land Acquisition Act... if there is cooperation from your side.” This statement followed reports and discussions since late June 2014 that suggested that the newly formed government at the centre was all set to propose very pertinent changes to the Right to Fair Compensation and Transparency in Land Acquisition, Rehabilitation and Resettlement Act (RFCLARR), 2013.

On 28June 2014, the National Alliance for People’s Movements (NAPM) had issued a press release declaring that any new changes to the RFCLARR law were unacceptable and would be resisted. The context to this was informal news released just the day before on 27 June, which said that a full list of amendments to the legislation was proposed at a meeting of the Conference of State Revenue Ministers in New Delhi.

The meeting was chaired by the Shri Nitin Gadkari and attended by representatives of 32 states and union territories, other than Arunachal Pradesh, Mizoram, Nagaland and Sikkim.

It is quite interesting that the slew of changes being proposed by the newly formed central government in India mirror many critiques made by industry soon after the law was passed in 2013. Quarters of industry seeking to access land for setting up power generation, mining, manufacturing plants, ports or related infrastructure had remarked that the RFCLARR will “create more problems and confusion,” rather than solving any of them.

Amongst other things, such responses also feared that the cost of acquisition of land would significantly increase and make it unviable for the private sector. Perhaps that was inherent in the design of the 2013 law and for justifiable reasons as well.

When the Right to Fair Compensation and Transparency in Land Acquisition, Rehabilitation and Resettlement Act (RFCLARR) was passed by the two houses of the Indian Parliament in 2013, it elicited mixed reactions.

There had been a long standing demand from social movements and civil rights organisations asking for the 1894 Land Acquisition Act to be repealed and a comprehensive legislation looking at both acquisition as well as rehabilitation and resettlement. This new legislation, amidst dissent notes, had given the country a much debated and critiqued framework.

Many questions have been raised on the expansion of the definition of ‘public purpose’ which had been limited in the 1894 version of the legislation. For instance, the RFCLARR  allows governments to acquire land not only for public sector undertakings, but a wide range of purposes including “projects for industrial corridors or mining activities, national investment and manufacturing zones,” which are not necessarily limited to the public sector.

This meant that with the new RFCLARR Act, 2013 the government could legitimately acquire land for almost any purpose and hand it over to the private sector. The counter for those who pushed for this law, lay in the processes that needed to be adhered to before the land is actually acquired. If this process were to be followed rigorously then then at the very least fair compensations can be achieved. It could deter those agencies which could not uphold these requirements, not to enter into the acquisition game. No replacement for land or livelihood lost, surely, but attempting process to release trade offs.

So, while the new law made no bones about the inevitability of the land being acquired for private sector and the impacts that would follow, it emphasised a “fair” process. No land could now be acquired unless there was the required degree of consent, clearly designed rehabilitation even for livelihood loss, high cash compensations and the need for social impact assessments to say the least.

This was not enough but the changes did not go unnoticed. The industry and private sector rejected the new law and called it a “blow to India’s modernisation”. What came under critique in particular were the clauses related to high percentage rates of community consent sought, carrying out Social Impact Assessment and identifying livelihood losses.

Fixing of market rates for compensation were also not acceptable as it would raise costs of land significantly. This meant that land acquisition would still be possible, more so legally for private purpose, but not without the requirement of myriad procedures and complications. 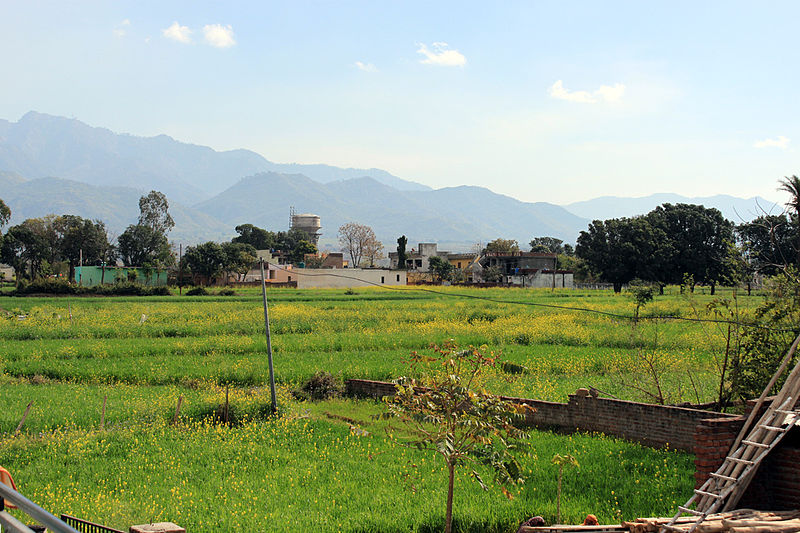 New Changes Proposed to the RFCLARR

Now, there are a list of 19 such amendments proposed to the RFCLARR, the future of which is still being debated in political quarters and in the corridors of the Rural Development ministry. With the issue being raised in Parliament, there will be more to watch out for in the coming days.

If one is to go by the information available, the few gains and safeguards which the new RFCLARR had provided for affected communities, and were upheld by social movements, are set to be diluted, deleted or replaced.

One of the first changes proposed to the law relates to re-examination of the consent-related clause related to projects, where there is any public private partnership involved. The justification is that the ownership of land is vested in the government and therefore, the existing requirements should either be deleted or brought down to 50 per cent.

At present, the law requires consent of 70-80 per cent of the affected people depending on whether the acquisition was for public-private purpose, or solely for private purposes. Industry representatives had lamented over the 80-per cent consent clause and perceived it to be prohibitively high.

At the very outset, this seems to be a retrograde measure using the premise that the land finally belongs to the government. While we can continue to differ on the question of ownership of land, it still does not justify why consent of the majority should be enough for a process seeking to replace the entire thriving social systems in a place.

One landmark departure of the RFCLARR Act from the 1894 Land Acquisition Act was the broadening of the definition of who is an affected person. The RFCLARR brought within its fold an “affected family” -- not just those whose immovable property or land had been acquired but also affected agricultural labourers, tenants, sharecroppers, artisans, forest dependent communities, fisherfolk, boatmen and so on.

The idea was to allow for recognition and rehabilitation of a family whose primary source of livelihood stood affected by the acquisition of land, which for a country like India is much more widespread than land ownerships. Common lands for grazing, fishing, collection of forest produce are all part of our livelihood systems. Complicated as it may seem, no land use change or acquisition process should undermine this dependence.

The new changes proposed seek a reexamination of this clause on grounds of misuse, in the absence of a clear criteria. There is much in any law or policy which is subject to misuse or misappropriation. It is a different matter that no private sector person or agency wants to get into messy calculations to factor in livelihood loss and dependence on common lands. Anything out of a straight-jacketed sale-purchase was and continues to unacceptable.

A big blow has been the proposal to completely do away with Sections 4 to 9 of the RFCLARR dealing with mandatory Social Impact Assessments (SIA), prior to acquisition of land. This is especially so because the clause was meant to be applied to a land acquisition process simultaneously with the consent process and could not be implemented as mutually exclusive processes. So, the SIA is an important tool to determine whose consent needs to be sought.

The new amendments propose that since SIAs may delay land acquisition, they should only be confined to either large projects or public private partnership (PPP) Projects. There is no other justification, except for the fact that SIAs may be potential impediments, behind the push for this amendment to the instituted.

The new government needs to also account for the fact that acquisition of land may also imply uprooting the entire social existence of people. The race for industrial expansion may be priority, but it cannot go against the very grain of India as a democratic country with socialist commitments in its constitution.

Given the experience of Environment Impact Assessments (EIAs) in the country, there has been much skepticism around how SIAs will fare. They too could become hasty, inadequate and false documents, geared to reduce the burden of consent seeking and compensation on the project authority seeking to acquire land.

It could also create a full agency of  “expert” SIA consultants responding to contractual requirements of the industry, paying them for the job. If the government is seeking to check misuse of clauses, the answer does not lie in doing away with such requirements entirely.

Doing away with the retrospective clause

Across the country, there are several instances where governments have acquired land for industrial purposes, but where the land has not been used. This could either be if compensations have not been paid, or if the prospective land use change has not been realised due to financing problems, social conflicts or litigation.

The RFCLARR had proposed that in instances where land had been acquired under the 1894 legislation but where compensation had not been determined or awards conferred, the provisions of the new law would be applicable. In cases of land that has been acquired in the last five years (since 2013) or more, but where actual physical possession has not taken place, the governments can choose to reinitiate the compensation process under the new law.

The proposed amendment seeks removal of this clause in entirety because it would open up conflicts which might have already been settled and thus cause additional burden on the state exchequer. It is not clearly indicated how this might happen. While this surely allows for new claims and compensation pricing, the burden rests largely on the agency acquiring the land, which in most cases is the private sector today.

There is an entire set of amendments questioning the viability of the market price of land and how it is to be calculated. Perhaps Parliament will soon debate the best formula for it. They also seek to extend the powers to acquire land under the urgency clause to state governments, a power which currently rests with the central government alone.

More importantly, what is being sought now is expansion of the applicability of this clause beyond defence purposes to include “any other emergency.” If this goes through, then state governments can take over the land within 30 days, and that too by doing away with all the above steps. For a country ridden with resource use and governance conflicts, a change such as this may set a dangerous precedence, giving too much power in the hands of the government.

Loss of landscapes, waterscapes and related livelihoods in a country like India continues to be subjects of intense conflict. The stand the new government and the Parliament takes on these amendments will surely be a reflection on the kind of government that they aspire to be. For now, the Minister of Rural Development has sought the cooperation of the Upper House of the Parliament, including people from his own party. The coming days will reflect the tensions around the opening and closing of the spaces that RFCLARR, 2013 had presented close to a year back.

4. FAQ by Jairam Ramesh on the Land Bill

Kanchi Kohli is an independent researcher based in New Delhi.