Rape laws have changed, but what about the judiciary?

Laws addressing sexual violence may have changed in India, but with judicial response mired in scepticism and age-old attitudes towards rape survivors, there is little hope for justice. In conversation with Pamela Philipose, noted lawyer Vrinda Grover exposes the contradictions in the legal system.
10 January 2014 -

The gang rape of a young paramedic student in Delhi on 16 December, 2012, led to powerful protests that demanded an end to the culture of rape and sexual violence against women. Compelled by this unprecedented mobilisation, the Indian Parliament amended the laws relating to sexual violence.

For over three decades, the women's movement in India had sought changes in law and the codification of hitherto unaddressed crimes like voyeurism, stalking, disrobing, stripping and parading a woman, and acid attacks. The new law, Criminal law Amendment 2013 (CLA 2013), recognised the structural and graded nature of sexual crimes against women and redefined rape to include all forms of non-consensual, penetrative sexual acts that violated a woman's bodily integrity. This was a significant departure from the earlier patriarchal framing that had restricted rape to peno-vaginal penetration.

Statistics show an increase in the number of women seeking justice. They are challenging the culture of denial, silence and stigma that shrouds sexual crimes. The legal system, however, continues to remain to a great extent unresponsive, insensitive and biased against them. For impunity to be broken across the legal system, we will have to address these biases.

From the police station to the courtroom, an attitude of suspicion and contempt stalks the victim-survivor of sexual violence and continues to permeate the legal system. We readily castigate the police for their prejudiced investigation, but there is very little comment on how lawyers and the judiciary engage with this issue. Perhaps this is also because not many understand the workings of the legal system.

At a training of legal aid lawyers . largely male . I asked participants how they analysed the growing number of rape trials. Prompt came the reply that 90 per cent of these cases were false, that women were lying, that these were, in fact, largely consensual sexual relations. This was the near unanimous answer at a time when there was a high decibel discussion on the widespread and routine nature of sexual violence.

At a training of legal aid lawyers - largely male - I asked participants how they analysed the growing number of rape trials. Prompt came the reply that 90 per cent of these cases were false, that women were lying, that these were, in fact, largely consensual sexual relations.

•  Rapist to victim: Marry me?
•  How they fool us, the outraged

I asked, "But all these reports about women saying they feel unsafe, is there no truth to them?" The lawyers replied, "False cases are a way of making money and harassing men." When shown official figures about minor girls being victims of sexual assault, the convenient answer was, "Yes, yes, those children were not lying, but such crimes are committed by psychopaths, a separate category." These were views held by practicing lawyers and professionals who know the law and are conversant with the intricacies and manipulations of the legal system.

I slowly shifted the conversation to a related aspect and asked them how easy was it for a woman to walk into a police station and have an FIR registered. The lawyers agreed that the police were corrupt and often refused to register complaints. I then queried how come these women were all managing to get false cases registered. Grudgingly, a few conceded not all allegations of rape were concocted. The majority, however, continued to maintain that most cases involved women who had wanted/agreed to/invited/asked for, 'sex', and later filed false complaints of rape.

This is the mindset that survivors of sexual violence seeking justice have to face. Trial court judges continue to look for injuries on the victim's body as signs of non-consensual intercourse, despite the Supreme Court's stricture against this approach that has now been reinforced by a clarification in Sec. 375 Indian Penal Code that specifies that absence of physical resistance cannot be construed as consent. Yet, it remains extremely difficult, for instance, to get a conviction in a case of a date rape or if the survivor's conduct is seen as non-conformist. The test the survivor of sexual assault has to pass is not that of being a 'reasonable woman' but of being the 'good Indian woman'.

In October 2013, a Delhi Fast Track Court while delivering the verdict in a rape trial made a sweeping indictment about 'false cases': "... This is a very disturbing trend... They voluntarily elope with their lovers to explore the greener pastures of bodily pleasure and on return to their homes, they conveniently fabricate the story of kidnap and rape in order to escape scolds and harsh treatment from the parents. It is these false cases which tend to trivialize the offences of rape and undermine its gravity." 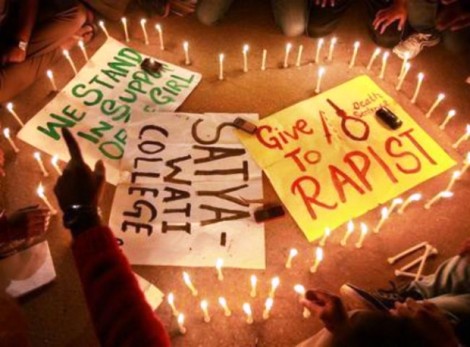 With the Criminal Law Amendment Act (CLA) 2013 and POCSO 2012 raising the legally valid age of consent for sexual acts to 18 years, many more such cases will come before the courts. Far from being a fallout of promiscuous activity by wicked girls, they reflect the stranglehold of caste, class, clan and religion that denies young people any sexual agency or autonomy. The Judge then proceeds to sermonise, "... The girls are morally and socially bound not to indulge in sexual intercourse before a proper marriage and if they do so, it would be to their peril and they cannot be heard to cry later on that it was rape." No such observations are handed out to men.

Judicial verdicts delivered over the years reveal that judges frame them in the language of protection rather than rooting them in the constitutional rights of equality and non-discrimination. That is why we see trial courts setting the rapist free after a "compromise" has been arrived at in an offence that is non-compoundable in law. One of the circumstances usually cited as a justification for such compromise is that the woman is now married and settled.

There have been cases where, upon offer of marriage by the accused, the trial judge has asked the rape survivor to 'forgive' and marry him. Clearly, a court that passes such an unlawful order does not view rape as a crime and certainly not one that violates the woman's bodily integrity and dignity.

Of course, the CLA 2013 has deleted the proviso that allowed the judiciary to exercise discretion to reduce the sentence for rape, but the judicial responses to rape are still overwhelmed by concerns of chastity and marriageability of the survivor rather than focused on punishing a violent exercise of power.

Let us also not forget that even as Delhi witnessed unprecedented protests against the December 16, 2012 gang rape, the high rate of sexual assaults on Dalit women in neighbouring Haryana or the gross failure of the state to even probe grave allegations of mass rape in 1991 by the Indian army in Kunan and Poshpara villages of Kashmir, did not spark off any public outrage. It is this silence, this lack of scrutiny . both from the public and the media . that encourages the impunity with which sexual assaults are committed and leads to acquittals of the accused.

To counter such biases, the legal system needs to provide enabling mechanisms. This would mean instituting a cadre of para-legal personnel who would help the victim navigate the criminal justice system; public prosecutors trained in understanding sexual violence and gender justice; and judges oriented to comprehending sexual violence as rooted in structural inequality. Survivors need to be provided with reparative justice, which would include compensation and other restitutional measures.

By only making amendments in criminal law, the State has abdicated its constitutional obligation. Women's enjoyment of the right to life remains constrained by violence and the fear of violence.

Vrinda Grover (as told to Pamela Philipose)
10 January 2014
Vrinda Grover is a prominent Delhi-based lawyer working on issues of human rights and impunity. She is presently the counsel for Shamima Kauser, mother of Ishrat Jahan, who was killed in an alleged fake encounter. Pamela Philipose is director and editor-in-chief of Women's Feature Service. This article has been published in arrangement with the Women's Feature Service.
HomeTop
RECENTLY IN INDIA TOGETHER