Handing out non-biodegradable sanitary pads to rural school girls who have reached menarche will not address their menstrual hygiene issue. Clean and functional toilets with water supply, awareness about menstruation, economical and biodegradable pads and more is needed, finds Puja Awasthi.

Anupama Shukla, a postgraduate in sociology adheres to the belief that menstruation is ‘dirty’ and any breach of its most potent taboo – to avoid the Gods – will draw calamities that are detailed in all religious texts. In a country of 355 million menstruating girls and women, such ignorance is rampant.

Yet Shukla’s ideas have potentially far reaching negative effects as she is the principal of a girls’ college in the district of Sant Kabir Nagar. Thus when she says that college is best avoided during ‘those’ days, human contact be minimised and daily activities suspended, Shukla is handing out dangerous pointers on an issue that has been ignored and wished away despite its life altering impact and huge implications for human development.

A plethora of large studies lay out the numbers - 23 percent of girls drop out of school when they hit menarche, 31 percent of women miss 2.2 days of work when they menstruate, girls miss 20 percent of school days every year while there is a 70 percent increase in incidences of reproductive tract infections in the absence of menstrual hygiene.

A smaller study which focussed on 2,579 girls and women in 53 slums and 159 villages in Madhya Pradesh, Chhattisgarh and Uttar Pradesh found out that while 89 per cent of respondents used cloth, with over half of them using the same cloth for more than one period, two per cent used cotton wool and the same numbers used ash to absorb menstrual flow while only seven per cent used sanitary pads. 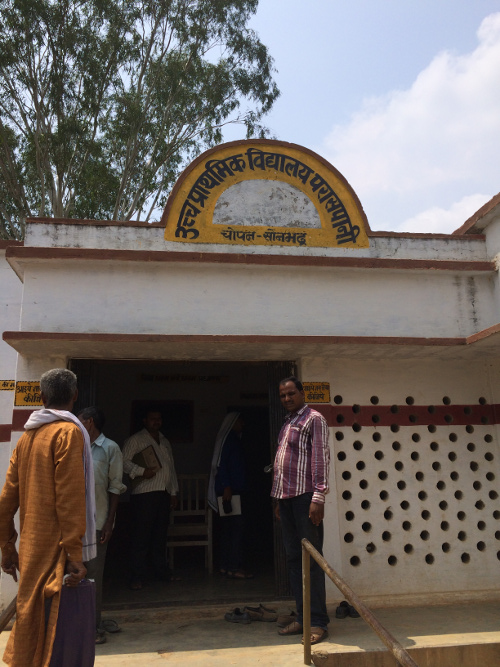 More alarmingly, of the 63 percent who had access to toilets, 20 percent did not use them during menstruation for fear of staining it, and more than two out of five girls had no idea about menstruation when they started with their periods. Of those who had some idea, only 16 percent received any information in school.

There is a potential loss of about US $100 billion in GDP to India as a result of girls dropping out of school due to menstrual health issues and thus getting into early marriages and early pregnancies. More girls in schools means universal primary education and increased gender parity while contributing to eradication of poverty. Educated mothers also contribute to improved maternal health and reduction in child mortality - all of which figure in the Millennium Development Goals.

Against this backdrop, the UP government has rolled out an ambitious scheme, the Kishori Suraksha Yojana under which one pack of 10 sanitary napkins every month shall be handed out to all girl students in classes 6-12 in government and government aided schools. Of the many glaring gaps in that plan is its complete disregard of girls who have dropped out of school and those who attend non-aided schools like the one Shukla heads.

Neelam Singh, Lucknow based gynaecologist and the founder of Vatsalya- an organisation that has been on the forefront of the fight against female foeticide decries the scheme for its lack of coherence. “A supportive environment needs to be created for girls to use sanitary napkins. How does the giving of sanitary napkins make a difference when there are no functional toilets in schools or where functional toilets have no water”, she asks.

Neelam is also sceptical of loading the ASHA – the accredited social and health activist – who functions as the lynchpin of the centre’s National Rural Health Mission with more work.

Those are extremely valid considerations in a state where 64.7 percent of all households do not have functional toilets and while official data says that only 2.99 percent government schools and 10.32 percent private schools do not have toilets, the reality of these is dismal.

A closer look at the status of hygiene and sanitation in UP schools in 2013, based on interactions with various stakeholders and done as a follow up to the 4th South Asian Conference on Sanitation in 182 schools across six districts of UP, revealed that there was an average of one toilet per 145 students whereas for girls the average was one for 301! 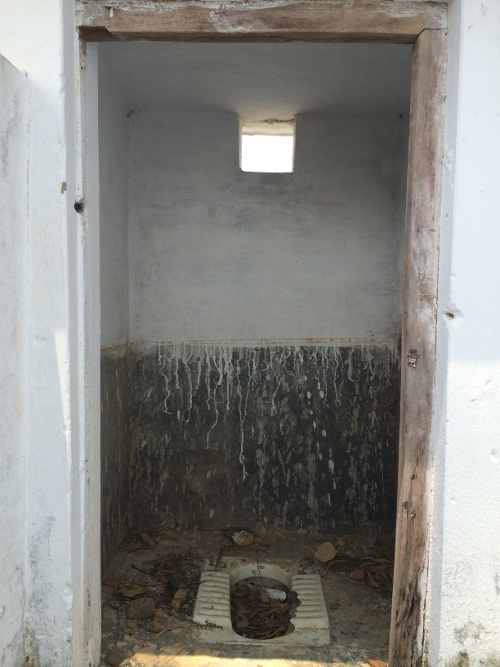 While merely doling out sanitary napkins without awareness and supportive infrastructure is unlikely to make any long term difference, the mere idea of what currently mass produced pads will do to the environment is also worrisome.

Meenakshi Gupta, founder member of Goonj- an organisation that has put clothing on the agenda of development and has produced low cost sanitary pads (2.5 million according to organizational literature) says, “Cloth is something most women are familiar with. We are just trying to get them to take up safe and hygienic practices around using cloth. Right now the mass produced sanitary pads are not biodegradable; thus these products entering rural India would cause havoc in the environment. Most cloth-based or other biodegradable products are either very small scale or at an experimental level still. Thus we want to make sure that women in villages have a safe, familiar and a long term viable product which will not strain their meagre resources.”

To put Gupta’s worry in perspective, consider that research in 2007 put the sanitary pad market in India at US $155.49 million in 2007. This was calculated at a mere 4.5 percent usage and worked out to 2,659 million units made of non-biodegradable, non-recyclable products, the safe disposal of which does not figure in the agendas of the corporates that are making profits of this vast and still growing market.

Some answers have already been found – the most prominent among those by Arunachalam Muruganatham, the Tamil Nadu-based world-renowned pioneer of low cost sanitary napkin making units, who is advising the UP government in its quest for 100 percent menstrual hygiene.

While the government’s own target date for that achievement is 2017, Arunachalam says, “This is a long term agenda. Handing out free napkins can be an election gimmick at best. Affordability, awareness and availability are the key issues. Big corporates that pedal sanitary napkins as comfort products used by tight jeans wearing women have no interest in reaching underserved villages”.

His solution – a biodegradable, low-cost pad that is manufactured and sold by women, who in turn are the biggest advocates for menstrual hygiene – could well be a precursor to a larger change. “As awareness of the harms of mass-produced napkins grows, silent brand shifts will begin to happen. After farming and handloom, low cost sanitary napkins will become the third biggest livelihood option,” predicts Arunachalam of a country which has more menstruating girls and women than any other.

Tackling menstrual waste through incinerators has been on the agenda of the  government since December 2013 when the Nirmal Bharat Abhiyaan guidelines were modified to specify that “(S)etting up incinerators in schools, in women’s community sanitary complexes, in primary health centres, or in any other suitable place in village, etc can be taken up.”

This was taken further ahead by the Swachh Bharat Swachh Vidyalaya mission which aims for “at least one incinerator in the girl’s toilet block and niche to keep sanitary napkins,” but despite all the rhetoric, progress has been slow.

In April this year, for instance, the UP government announced a partnership with Sulabh International for setting up incinerators in 300 government Inter Colleges and schools. Despite ready availability of technology, as per Sulabh’s WASH in School programme in-charge Rupak Roy Choudhary, the programme remains at the “drawing board stage”.

Yet promising stories of change are emerging from the state. Anil Singh Sengar, a Gram Panchayat officer from Mahoba was supported by the state’s bureaucracy and guided by Arunachalam to set up a low cost sanitary napkin production unit which today produces 65,000 packets a month and employs 28 women - all under the umbrella of the Panchayat Udyog, a decentralised enterprise model promoted as part of local self governance. 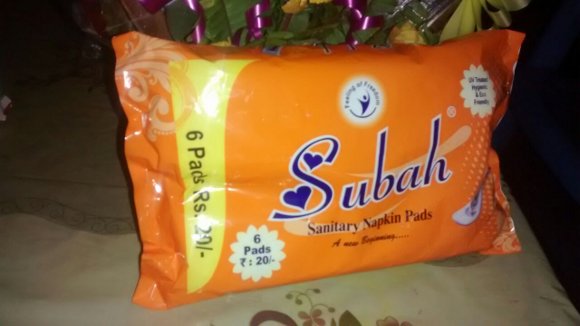 The six-piece packet sold for Rs 15 under the brand name ‘Subah’ (Morning) has an ISO-2014 certification and enjoys wide acceptability in all four blocks of the district. However as Sengar points out, when the unit was set up in 2013, it was difficult to sell even 10 packs. “If you go to purchase vegetables, you will buy only those you know or have eaten. Similarly while our pads were made available in local shops, women paid no attention to them as they had no awareness about them,” he explains.

An intensive awareness drive spread over one and a half years and covering all 14,570 schools in the district has today resulted in a situation where the demand of Subah outstrips supply and where menfolk from villages come to collect supplies without any sense of shame.

It is drives such as these which are crucial if any headway is to be made in ensuring menstrual health in the country’s most populous state. Till such a time, misconceptions such as those harboured by Shukla shall continue to flow freely.