The economics of a strong democracy

Holding trust brought forth by equality of individuals as a critical foundation for a strong democracy, Shankar Jaganathan discusses the postulates of two recent academic publications that add to the important discourse on the issue of inequality.
05 May 2014 -

If you had to leave your valuable belongings unattended for a few minutes to visit the restroom, where would you feel more secure, an airport or a bus-stand? The popular answer to this question reveals one of the basic building blocks of democracy— the level of trust reposed in unrelated and unknown people around us. For democracy is a play-by-rules ‘game’ where trust in strangers is critical.

In recent times democracy and its true essence have been the subject matter of much debate, not just in India but also globally. While popular interest in India is triggered by General Elections 2014, global interest is fuelled by two well-researched academic books – The Son Also Rises by the American Gregory Clark and Capital in the Twenty First Century by the French economist Thomas Piketty.

Both these books have one thing in common, their subject matter. They discuss the nature of inequalities in society and its changing contours. By studying inequality over multiple generations across many societies, both these books make radical recommendations that have far reaching implications in creating a healthy democracy.

Gregory Clark studies social mobility across generations. Covering different societies across Asia, Europe and America he reaches a counter-intuitive conclusion that instances of rapid social mobility were rare exceptions and not the rule; not just in the feudal ages but also in democratic 20th century societies. 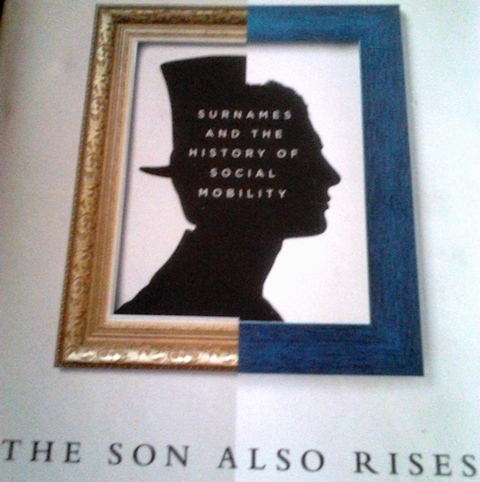 Using surnames to measure social mobility across centuries, he negates the effect of windfall gains that benefit one generation. Further, the four indicators he uses to measure social status are also comprehensive, as they covers presence in elite professions like medicine and law, names on Ivy League university rolls, and income and wealth of individuals, thereby presenting a true picture.

Tracing social mobility in contrasting societies such as socialist Sweden and the free market-driven United States, and in different eras - comparing England in the feudal age with the present democratic era, his counter-intuitive conclusions do not change. Further he tests the validity of these findings in different societies, ranging from caste-entrenched India to Marxist China among other such distinct societies.

Social mobility at a concrete level translates to the range within which the social status of a child can be realistically predicted at its birth. This book surprisingly shows that range is quite narrow, and is supported by detailed analysis and illustrated with multiple anecdotes. The author argues genes do not decide social mobility, it is only hard work that does. But genes can predict who will have the compulsion to strive harder.

Indian readers can test the validity of these conclusion by comparing their own daily observations on Indian society with the findings presented in the chapter on India. The focus is on Bengal and findings from the elite Kulin Brahmin community provide interesting insights that Indians from other states can easily relate to by drawing upon similar examples from their own region.

Recognising low social mobility across different societies as a reality, which does not significantly change with universalisation of education or resource redistribution through progressive taxation, this book advocates a two-pronged attack to address the issue. A sensitive society needs to recognise when social mobility is low and move to reduce inequality to create healthy democracy, since equality of individuals and social mobility for all is the essence of democracy.

Hence the author advocates societies to work towards reducing inequality levels in addition to, and not instead of promoting social mobility.

Capital in the 21st Century

Occupying the No. 1 spot on the Amazon bestsellers list, Thomas Piketty’s book reinforces a long established belief that the most popular stories are the ones that are retold. Ever since the Lehman Brothers bankruptcy in 2008 that triggered the global financial crisis, economic inequality has been a topic of heated debate and discussion.

The only difference now is that this book has caught the public imagination by weaving in technical measures that analyse economic inequality with historical data to paint a vivid picture of the past and the present, in addition to offering a glimpse of the future. For the Indian audience that has seen debates primarily centred around poverty and poverty lines, economic inequality is a much more evolved concept that we will have to face up to, sooner than later.

The conclusions reached by a professed socialist studying the role of capital in influencing economic inequality is quite obvious. Piketty covers Japan and the rich countries of Europe and North America to show that the contours of economic inequality do not vary significantly across different geographies over long periods of time.

Using data from tax records over the last few centuries, the author computes wealth-income ratio to study the impact of capital on income and wealth accumulation. Piketty highlights the growing influence of capital on promoting and amplifying economic inequality, resulting in the creation of patrimonial societies where inheritances play a major role in individuals’ success.

In the last 40 years the role of capital in contributing to economic inequality has been increasing, primarily due to two reasons.  Wars destroy capital accumulated over periods and in a cruel way erase the inequality gaps. Absence of wars in Japan and the rich countries of North America and Europe in the last forty years has preserved capital and amplified the growing share of income from capital. This effect is enhanced by a dramatic drop in tax rates in 1980s that halved income tax and inheritance tax rates thereby enabling capital retention.

Looking ahead, the prospects of high economic growth rates that can negate the impact of accumulated capital looks to be dim indicating an increasing role for inheritances in every individual’s performance. Given this grim scenario, the only feasible solution to reducing economic inequality is introduction of progressive taxes on income, wealth and inheritances to reduce economic inequality.

An alternative cure exists which is worse than the disease itself. The cure is to introduce capital controls that reduce returns on capital or promote population growth that increases economic growth or induce higher inflation that erodes capital. Each one of these solutions taken alone or in combination can also do the job of reducing economic inequality.

India is at an interesting stage of development. We do not have to walk the path of western societies to emulate what they are learning. Instead we can learn from their experience and limit the extent of inequality in our society to promote a vibrant society with a strong functioning democracy.

Trust among people is essential and trust is naturally higher among people who see themselves as equal, consider others as their equal and in turn are considered by them as an equal. This requires every democratic society to consciously reduce economic inequality and confine it to a narrow range.